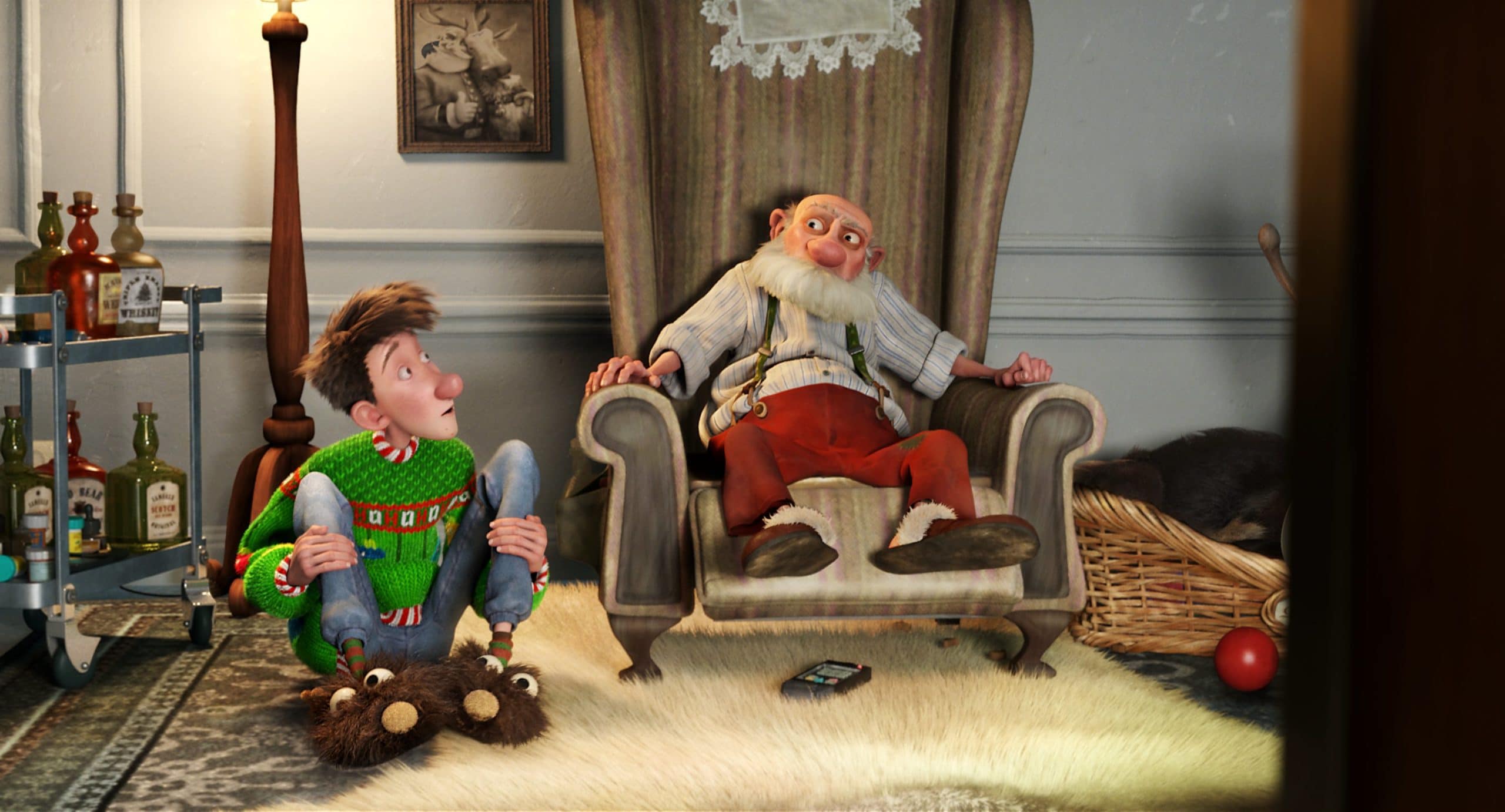 There have been some terrible British animations in the past few years. Anyone remember Valiant? But this comic adventure that re-imagines the Christmas delivery round as something that’s grown into a gigantic FedEx-like operation, with Santa Claus now almost as redundant as his sleigh, is not one of them. Brilliantly structured, it’s witty, gutsy, insightful and entirely entertaining. And its depiction of Santa’s family as a bunch of characters who don’t actually enjoy spending Christmas together gives it universal appeal, as does its “cake and eat it” suggestion that the corporatisation of everything we hold dear is going to happen, but we don’t have to like it. And what about the fact that Santa’s real name is Malcolm? A new Christmas classic, surely.

It’s got Instagram looks, this monochrome documentary shot on 16mm film and with a heavy influence of the Hungarian miserabilist Béla Tarr. It artfully artlessly follows a hippie/hermit as he serenely goes about his hardscrabble life off the grid. Clouds scud by, lambs bleat, the wind sighs – for 20 minutes ambient sound is all you get. Is this man a sad hero? A heroic outsider? A sage? A loonie? Maybe a bit of all of them. I watched it on my laptop, with my phone charging off the USB port and my email syncing away in the background. It felt like a holiday from all that. If you’re also a stressed-out, always-on screen-jockey this might be for you too.

Two Years at Sea – at Amazon

A tough sell but a worthwhile one. Because this is a documentary about a documentary, and why its maker, Fredrik Gertten, wasn’t allowed to show it. The original doc was called Bananas? At Any Cost? and was about the way that Dole, the biggest fruit company in the world, treats its workers, particularly those who work in out of the way parts of the world. More than that it’s about the might of a large company, how its lawyers can leverage the power of a national judicial system (the US’s in this case) to do most of its work for it. And on top of that it’s about how the world’s media more often than not fall in line. So it’s not about bananas at all – it’s about life in a democracy and how our governments are failing us.

Ann Hui’s drama is about a Chinese “auntie” who, after 60 years working for a family, has a stroke and ends up in a shitty old folks home. There she negotiates her last few months, succoured by visits from the little boy – now a movie producer (it’s Andy Lau) – she raised. A Simple Life slaloms around the clichés about old age, first painting a picture of the institution where death is a daily occurrence but where it’s the constant round of small indignities that really make life unbearable. Then, slowly, gently, it builds into a lovely, tender drama with a performance of real nuance, Deanie Yip doing it all with looks so tiny they’re almost internalised.

A Simple Life – at Amazon

The Lorax (Universal, cert U, Blu-ray/DVD)

You’d think the fabulousness and wacky colour of Dr Seuss would make him a natural fit for Hollywood. Not so. Look at those Grinch movies. And The Cat in the Hat. The Lorax continues along the same route, a “meh” adaptation, animated in Despicable Me style, of the Seuss story about a world without trees. The average eight-year-old who is desperately worried about the planet might enjoy it, and might even appreciate the political message about big corporations and planetary despoliation (but will they get that “too big to fail” sign pinned on the wall of the Once-ler, the guy who makes thneeds out of trees until all the trees are gone?) Danny DeVito is one of the few members of the big-name voice cast who was worth the effort of hiring. Zac Efron, Taylor Swift? Could be anybody. But hey, money needs to be given to the moneyed (as Dr Seuss never said). As for John Powell’s songs, they’re stab-yourself-in-the-ears terrible.

The Lorax – at Amazon