Ryan Reynolds and the Death of the Real Man

From out of the low, strong sun, three figures ride towards the camera, tall in the saddle, squinting into the wind. As they hit medium shot, John Wayne turns to the compadre on his left and parts the lips on his line-free face to reveal two rows of snowy white teeth. Meanwhile the man he is about to address, Clint Eastwood, has thrown aside his poncho to reveal a shirt unbuttoned to the waist, his tan, hairless chest cresting sensually towards what might or might not be a nipple ring. And on Clint’s left, Lee Marvin is sucking urgently on a bottle of Volvic in an attempt to stay hydrated.

This is clearly not how the West was won.

Once upon a time in the movies men were men and women tried to stay upwind of them. Yup, the leading men of yore were a different breed. They didn’t ostentatiously work out. They didn’t swear off carbs after 6pm. They didn’t appear in gender-swap rom-coms. In fact it’s unlikely John Wayne knew what a gender-swap rom-com was. Or a carb. As to Bogie, Cagney, Jimmy Stewart or Steve McQueen, it’s difficult to imagine any of them starring in a movie where the plot revolved around someone having to pretend to be gay in order to… oh, you know, keep the movie moving until 89 minutes of ironic homophobic hilarity had finally worn itself out.

Rotate 180 degrees from John Wayne and we’re facing the leading man of today: Ryan Reynolds. The star of Van Wilder: Party Animal, co-star of Blade: Trinity, Smokin’ Aces and now The Proposal, Sandra Bullock’s comeback bid. Typical of the new leading man, Reynolds is pretty in a slightly pinheaded, boss-eyed way. He has an impressive cleavage and is happy to talk about how hard it is to activate the lower abs.

After Blade: Trinity Reynolds, like many a new leading man, went home with an impressive bod, honed by months of personal training, strict diet and hard work. Compare that with old leading man Humphrey Bogart. Bald, ageing and kranky he may have been, but after making To Have and Have Not, Bogie also went home with an impressive bod, that of his 19-year-old co-star Lauren Bacall.

In some respects there is nothing new here. The world has always had actors with non-threatening, boyband looks. Rudolph Valentino might have been the first. But since then you can trace the unbroken, hairless line through Leslie Howard, Tyrone Power and James Dean to Keanu, Johnny, Tom and, king of the girls, Brad Pitt.

It’s also always had out and out meatheads too, who don’t so much act as just stand there (Victor Mature and Charles Bronson to Bruce Willis, Arnie and Chuck Norris).

Between these pole were the real stars – Errol Flynn, Clark Gable, John Wayne, Humphrey Bogart, James Stewart and so on. Instinctive actors who played effortlessly masculine men who knew which end of a woman did what. By rights Reynolds should be in this camp too. Being married to Scarlett Johansson should grant him automatic admission, you’d have thought. But Hollywood’s current feyness is dragging him towards the realm of the eunuch while his stylist and trainer drag him the other way, towards the sort of hell that’s Dolph Lundgren all the way down.

Though Bogie was almost outdone by Katharine Hepburn in The African Queen and Eastwood fought hard against Shirley MacLaine in Two Mules for Sister Sara, it’s almost impossible to imagine any of the old leading men playing second banana to Jessica Biel as Reynolds did in Blade: Trinity. Or to Sandra Bullock, as Reynolds does again in the The Proposal – a sparky rom-com in which Bullock plays a bitch in a fix who orders her assistant to marry her. While Reynolds plays the bitch who says he will.

Old leading men dressed like there were more important things to think about than their clothes. Like winning the Second World War. “Male grooming product” was a dab of Brylcreem or possibly even axle grease. Would “body fat percentage” have meant anything to John Wayne? And as for dental bleaching… the hell he will.

This thousand-crunches-before-breakfast business is genuinely impressive. And the new leading men are paid handsomely to do them. But in their white singlets, cut just a bit lower than the ones you get at Gap, and with their palms facing backwards, bodies turned three quarters to the camera, dressed in cargo pants and razor-slashed top, the leading men of today run the risk of being mistaken for Britney.

As in look, so in plot. In film after film Reynolds is bitch-slapped by women tougher, smarter, ballsier than himself. Bullock’s pet in The Proposal, Biel’s little helper in bloodsucking bore Blade: Trinity, Reynolds also has rings run round him by Amy Smart in Just Friends. That’s the one in which he plays the “hero” with weight issues, low self-esteem and a bag of other women’s magazine staples. And in the pointless remake of the already pointless The Amityville Horror, Reynolds is once again the girl to Melissa George’s tough nut, charging round hysterically and becoming increasingly axe-fixated in what looks to the casual observer like a bad attack of PMS.

The thing about Reynolds is: he actually can act. He’s incredibly good in three separate roles in The Nines and in film after film is consistently better than his material. Then why so wet when he’s hot and genuinely talented? It can’t be just because he’s from Canada.

Reynolds is clearly symptomatic of a wider malaise. Take Daniel Craig – the “blond Bond” as he was dismissively dubbed until everyone remembered that he actually has dramatic range, unlike his predecessors. Craig also has lead in his pencil – Francis Bacon’s bit of rough trade in Love Is The Devil, a lusty stud in The Mother, blunt Yorkshire poet Ted Hughes in Sylvia, Sienna Miller’s entirely plausible love in Layer Cake, an Israeli hit squad member in Steven Spielberg’s Munich. But let’s not forget Craig’s kingmaking moment as the new Bond. He was not only the sixth incarnation of 007 but also the third iteration, after Ursula Andress and Halle Berry, of the impressively chested sea-deity rising in slo-mo up out of the spume to cries of “look at the rack on that”.

Or take Matthew McConaughey. Somebody. A fine actor who was hotter than the face of the sun when he appeared in John Sayles’s indie jewel Lone Star in 1996, McC immediately abandoned high-tone product and set off to become a Hollywood star, misplacing his testicles along the way. It started with a lace collar in Amistad (not conclusive proof in a period drama but a sign nonetheless). Two years on and he was in EdTV, a budget-traveller Truman Show which saw McC perfecting his Valley Girl whine. Two years further on and he’s in The Wedding Planner with J-Lo and the transformation is complete – from grungey promising talent to a loose collection of abs, pecs, simpering smile and orange skin who’s made a career out of playing pussy (How To Lose A Guy in 10 Days, Failure to Launch, Ghosts of Girlfriends Past).

And on to the hardest sell of all – Hugh Jackman, a talented all-rounder who at first glance has kept faith with masculinity, having played the tangled mass of testosterone and chest hair that is the X-Men’s Wolverine a total of four times. A man who’s bench-pressed 315 pounds, everybody. A man who’s also played a character called The Drover, essence of XY chromosome, in Baz Luhrmann’s Australia. It surely does not get any more grrrr than that.

Hats (and shirts) off to Huge. Clearly he’s the most ripped actor there’s ever been, bigger and more impressive even than Christian Bale (a character actor suffering from the terrible delusion that he’s a leading man). And yet and yet and yet. All this posing around in a slashed white T shirt looking up through your lashes, the obsession with body fat, the diet of cottage cheese (slow-release, low-fat protein, if you will), the fixation on hydration, the best-buddy personal trainer, the running along the beach like Bo Derek (younger readers: count yourselves lucky). You can’t imagine James Coburn doing any of it.

And let’s not forget Wolverine’s nails.

Where are the modern equivalents of Errol Flynn, Clark Gable or John Wayne? Where, for that matter are the replacements for ageing heroes Mel Gibson and Denzel Washington? Have we become so metrosexual that the nearest thing we have is fragrant George Clooney? Is this dicklessness a cultural response to an overpopulated planet? A symptom of the developed world’s increasing disinclination to reproduce? Put simply, is the only real red-blooded A lister in Hollywood Russell Crowe?

Until the answers to this needlessly long string of questions, or some real men, turn up, why don’t we head on over to the saloon, push through the swing doors and order a bottle of whiskey, pour a glass, raise it to lips. And repeat. From a distance it might look like a workout. 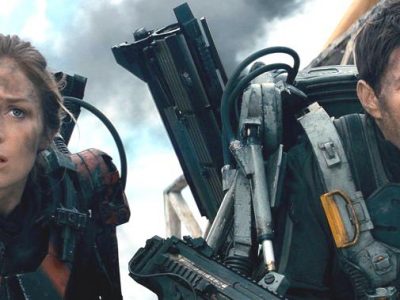 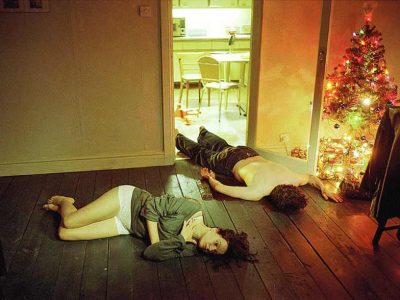