Set mostly in the airport at Marseille (a studio just to the north of London, apparently), this tight and fast episode gets underway with a passenger on a plane arriving from Tripoli getting very distraught and claiming he’s about to die. Without giving too much away, he does die, gratifyingly for the foreign spies who are after a flask of a highly volatile rocket fuel, Propellant 23. Unfortunately for them, the flask gets lost in the shuffle. Has it fallen down the back of a seat, been taken home by a light-fingered airport luggage worker, been drunk by the hotel barker who touts for business in the arrivals lounge, or been whisked away to behind the Iron Curtain?

The last possibility seems unlikely as there is a lot of continuing interest in this seemingly unimportant missing object by people who wouldn’t normally be that bothered, among them Geoffrey Palmer as suave ladies man Paul Manning. The airport police are also interested, since the dead passenger is now in their jurisdiction.

Enter Steed and Gale, who seem to be already in France, bantering as they set off in a sports car for a through-the-night drive to Marseille. As part of this to-and-fro we learn a bit more about the imperious, mysterious Mrs Gale – that she has some sort of interest in feeding the starving children of Africa. A humanitarian? An anthropologist? The queen of a foreign land? We’re not entirely sure.

At that airport we’re introduced to the various characters who work there – Laure (Katherine Woodville), the woman running the airport cafe, Jacques (Trader Faulkner) the drunk hotel barker she has a soft spot for, the various police, among them a French police lieutenant known as Curly (John Crocker) by his mocking colleagues – he’s battling hair loss with the latest in what is probably a long list of quack remedies.

And that’s it – with the flask as a McGuffin, the action moves between suave Paul, drunk Jacques, sweet Laure, the dead body, Steed and Gale and a mystery man in a hat with the sort of sweaty, swarthy complexion that was shorthand for Soviet Spy in 1960s TV.

The tone sits somewhere between the movie Casablanca and the British TV series ’Allo ’Allo – exotic ruffians in foreign climes and a lot of people with very odd accents. Jonathan Alwyn directs in a brisk manner and needs to because Jon Manchip White’s screenplay fits a lot of people and plot into the 50 minutes. It’s an enjoyable, studio-bound spy caper that manages a few moments of real tension. Only the hair-loss comedy subplot could do with a trim.

Fans of Doctor Who might enjoy seeing Nicholas Courtney (later Brigadier Lethbridge-Stewart) as the plane’s captain.

The Avengers Complete – watch it or buy it at Amazon 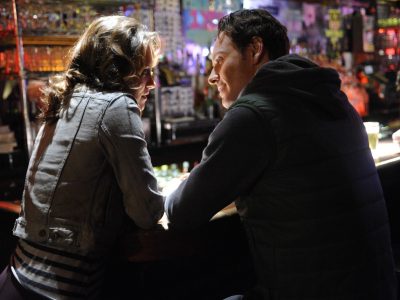 The Brooding Intensity of Michael Fassbender 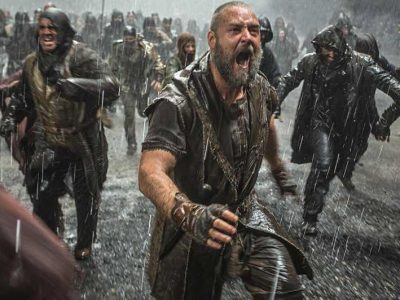 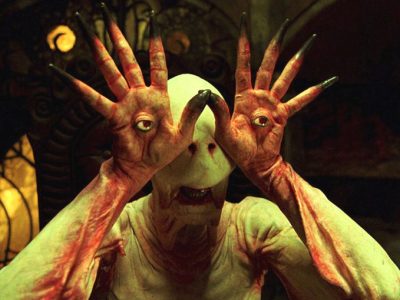