Katharine Hepburn was at the height of the “box office poison” phase of her career when she made Stage Door in 1937. She’d won an Oscar only four years before but four flops in quick succession had turned RKO against her – she had to fight the studio to get star billing. Ironically, amusingly, cannily, the story of Stage Door plays to the public perception of Hepburn as a snooty, entitled daddy’s girl who expected the world to do her bidding by casting her as the snooty, entitled rich man’s daughter breezing into the Footlights Club, a boarding house for actresses, and being taken aback when she doesn’t get the reception she feels … Read more

Impressive in every role she’s been in since her movie debut in 2015’s The Survivalist, Mia Goth has been a star in waiting for a while now. While X isn’t every young woman’s idea of getting your name in lights – the nudity, the blood, the screaming – Goth seizes it with both hands. Appropriately, to some extent it’s a story about fame as well – Goth plays Maxine, a young dancer at a burlesque strip joint who heads off into the backwoods to shoot a porn movie with a bunch of other people. All of them will soon, they’re certain, be hitting the big time once the world gets a load of … Read more Rob Zombie’s The Munsters is a reboot of the 1960s TV show borrowing heavily from the original and dredging it all in a tooth-rotting production design. Rarely if ever has a black-and-white TV show been re-imagined so gaudily. The end product, like Herman Munster himself, is a bag of bits. That’s maybe intentional. Herman Munster was an ersatz Frankenstein’s monster, the original version having been assembled in the good Baron’s laboratory. In much the same way, in the 1960s The Munsters was assembled from offcuts of Universal’s 1930s and 1940s horror movies – Frankenstein, Bride of Frankenstein, Dracula, The Wolf Man etc. This made financial sense. No character rights to pay for since Universal … Read more

William Powell wouldn’t make screwball comedy My Man Godfrey without Carole Lombard as his co-star. It’s not every actor who insists on getting the ex-wife in to play love scenes (they’d divorced three years earlier) but watching the results you can see why he insisted. It’s an exquisite film, superbly directed and brilliantly written but it’s the acting that is the best thing about it. David Niven and June Allyson would star in a remake in 1957, but good though they are, they stand no chance against Powell and Lombard in full spate in 1936, not to mention the whole rest of the cast. There isn’t a role in this film that isn’t … Read more

There are a lot of interesting films coming out of Africa right now. Here’s Saloum, not perfect but pretty damn exhilarating for its first half at the very least. It’s an open homage to Tarantino putting colourful characters with unexpected skillsets into tense situations and then watching as the pinball-machine consequences play out. Congolese director Jean Luc Herbulot gives us a fascinating opening shot of a shadowy figure entering what might be a lake with a gun. What are we about to see? A western? A sci-fi movie? A war movie? A revenge drama? There are flavours of most of those in what Herbulot eventually delivers. But first let’s meet the team: a … Read more In 1948 the brilliant director Edward Dmytryk left the United States in a hurry. He’d just been sentenced to prison time for failing to testify before the House UnAmerican Activities Committee. One of the so-called Hollywood Ten, Dmytryk fled to the UK, where he made a couple of films before his passport ran out and he returned to the US to face the music, and jail. The first of those films was Obsession, released in the US as The Hidden Room. Dmytryk is often remembered as the director of all-American movies, like the Philip Marlowe mystery Murder, My Sweet (also known as Farewell My Lovely). Obsession isn’t as noirish in any sense but … Read more

An astute move sideways by Aubrey Plaza, Emily the Criminal gives her fans a bit of what they want alongside a good whack of something new. She’s a producer of the film so it’s fair to say this is deliberate. Playing the sexy snark can’t go on for ever, and she’s been working this territory at least since 2007’s online TV series The Jeannie Tate Show (she was the petulant drug-dependent teenage step-daughter). In 2009, Parks and Recreation made her a star. Since then Plaza has been playing variations on that Parks and Rec character, cynic/slacker/ditz April Ludgate, in films like Safety Not Guaranteed, Life After Beth, Ingrid Goes West and Dirty Grandpa. … Read more 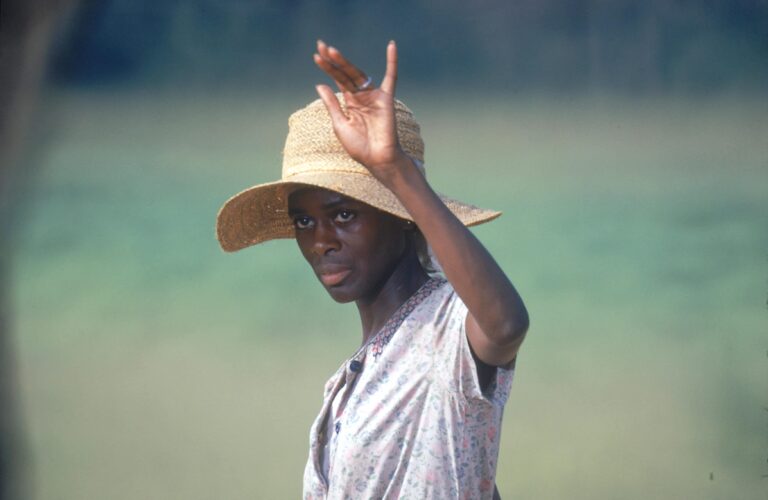 A critical and box office hit, Oscar-nominated and a movie now preserved by the US National Film Registry, Martin Ritt’s Sounder is one of those important films that no one seems to talk about any more. It seems to have been forgotten, or is a cult being kept alive by a small band of devotees. Perhaps it got lost in the undergrowth, along with films like the comparatively well known Silent Running, because it’s a movie from 1972 and so was squeezed out by the competition in one of the mega years – The Godfather, Cabaret, Deliverance, Solaris, Sleuth, The Discreet Charm of the Bourgeoisie, Carry On Matron (I’m joking). Or maybe it’s … Read more

For a while there was an odd debate going on out there as to whether Post Mortem was or was not Hungary’s first horror movie. On the trivia pages of the IMDb someone claimed that it most definitely was. Since the claim was tucked in among positive reviews from various film festivals, it looked like a case of zealous PR. On the same page, somewhat on its own, was one line stating baldly that Post Mortem isn’t Hungary’s first horror film “even if the creators think it is”. Elsewhere on the same page there’s a claim that that honour should in fact go to a 1996 movie, Legyen világosság (aka Let There Be … Read more 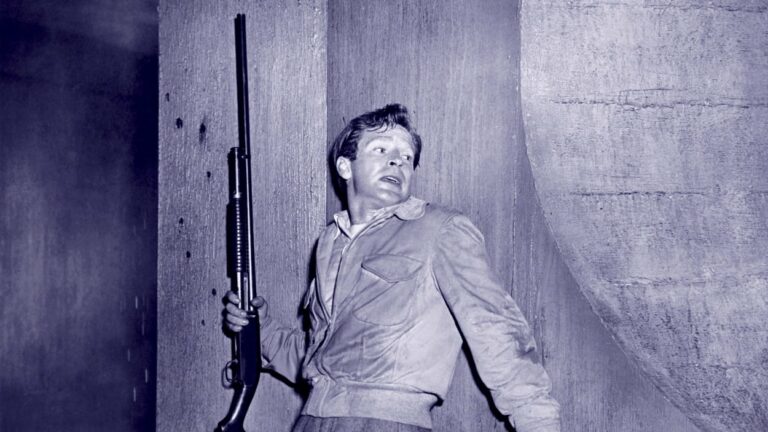 There were two big “ripped from the headlines” movies in 1948, one from the East Coast of the USA, the other from the West. Both The Naked City and He Walked by Night made big claims to authenticity. The Naked City made much of the fact that a lot of its footage was shot out on the streets of New York. He Walked by Night also makes use of real locations, most notably LA’s underground storm drain system for a finale The Third Man would borrow a year later. But its bigger pitch is that it’s a non-Hollywoodised movie about actual events. And how it asserts that. “This is a TRUE STORY”, the … Read more