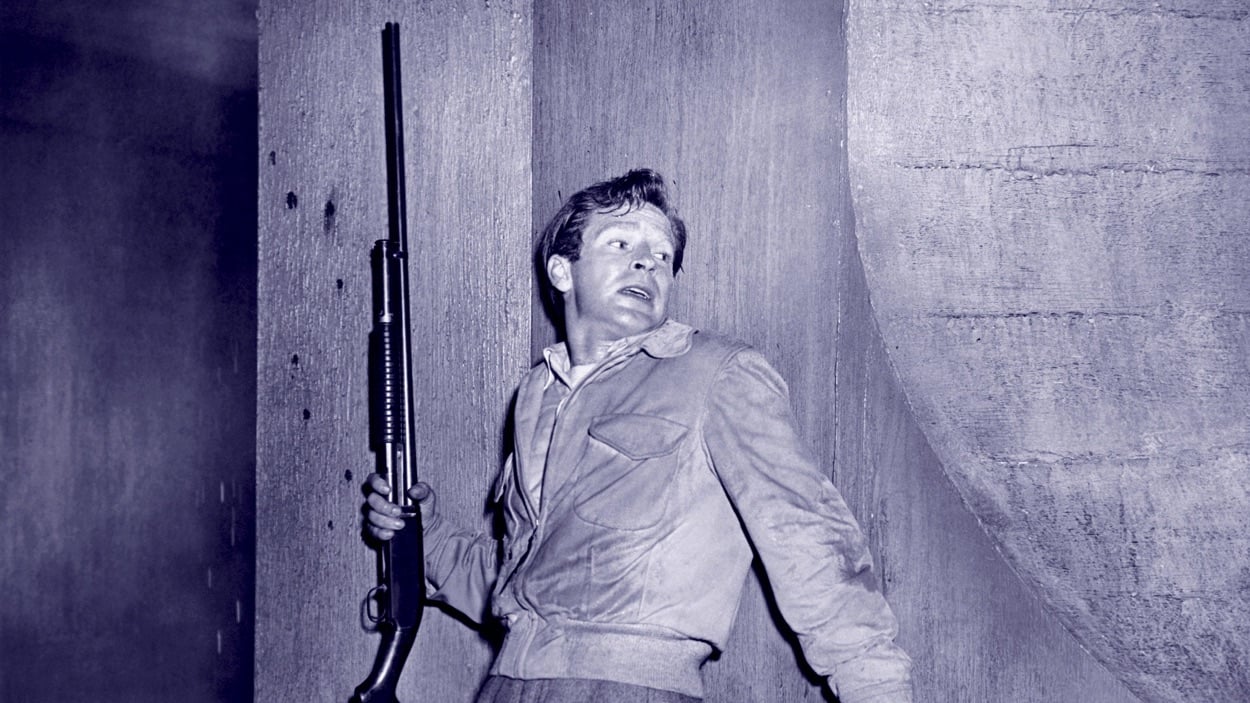 He Walked by Night

There were two big “ripped from the headlines” movies in 1948, one from the East Coast of the USA, the other from the West. Both The Naked City and He Walked by Night made big claims to authenticity. The Naked City made much of the fact that a lot of its footage was shot out on the streets of New York.

He Walked by Night also makes use of real locations, most notably LA’s underground storm drain system for a finale The Third Man would borrow a year later. But its bigger pitch is that it’s a non-Hollywoodised movie about actual events. And how it asserts that. “This is a TRUE STORY”, the opening intertitle tells us. “The record is set down here factually… as it happened” it goes on to say, before ending with a flourish – “Only the names have been changed… to protect the innocent.”

That “protect the innocent” line will ring a bell in a few heads. As part of its bid to keep it real, He Walked by Night had a cop on the crew as a technical advisor. Between takes Sergeant Marty Wynn of the LAPD would chat with one of the cast, Jack Webb. Together the two of them eventually came up with the idea of doing a radio series based on actual police files. Dragnet was the result, a hit on radio before transferring to TV where it was again a hit.

Webb was producer and star of Dragnet but is down the table on this film, where he plays a minor police forensics guy looking at distinctive markings on the bullet casings used in the brutal murder of a cop. It’s the killer who’s actually the focus of most of the action, Richard Basehart stepping up to lead after only two previous film roles, the first of which was 1947’s Repeat Performance, which was also directed by Alfred Werker, who was obviously impressed by the obviously impressive Basehart.

It’s a classic case of a killer on the loose and dogged police work – routine, shoe leather stuff – finally bringing the wanted man to book, with useful help by Webb’s Lee Whitey back in the lab.

Out pounding the streets are avuncular cool-headed cop-in-charge Captain Breen (Roy Roberts) and his impulsive, hunch-driven right-hand man, Sergeant Brennan (Scott Brady). He’s the one who, in time-burnished tradition, is eventually taken off the case for getting too involved and then goes it alone to try to bring in the killer.

It is, as it states, based on a real case, that of Erwin “Machine Gun” Walker, who only died in 2008, over 60 years after the events on the screen, and authenticity fans and collectors of delicious ironies will be delighted to hear that the film was at least part bankrolled by a mobster, Handsome Johnny Roselli, who, when not financing films under the table was extorting money out of Hollywood names. One hand washes the other.

As with Dragnet, sober, solid, citizen-cop policemen are the order of the day. Both Brennan and Breen are diligent, honest, straightahead guys, a touch dull, truth be told, as befits a film made in a semi-documentary-style with a ringside-seat voiceover linking scenes. It was provided by the authoritative Reed Hadley, a go-to man whose voice has that newsreel tang.

The Dragnet stuff to one side, and Basehart’s charismatic performance as the slightly mysterious Roy Martin, He Walked by Night is chiefly remembered for the classic noir lighting by DP John Alton. Ironically, Alton would win his Oscar for his work on the bright, Technicolor An American in Paris, but he’s on full noir duty here, bathing everything in pools of shadow in a story that takes place largely at night.

The lighting and the film crescendo together, when after much routine plodding by the cops Roy is close to being arrested but escapes capture by sliding into a storm drain, believing the cops won’t follow. They do.

Bizarrely, here Werker takes his foot off the pedal a touch. Though it looks great, thanks to Alton. And Basehart also ups the fugitive ante. But the sense of drama and stakes isn’t quite there.

Maybe time hasn’t been fair to this finale – it’s been copied so many times in the decades since. Or maybe, staying true to the authenticity brief, Werker is actually aiming for the mundane.

He Walked by Night – Watch it/buy it at Amazon