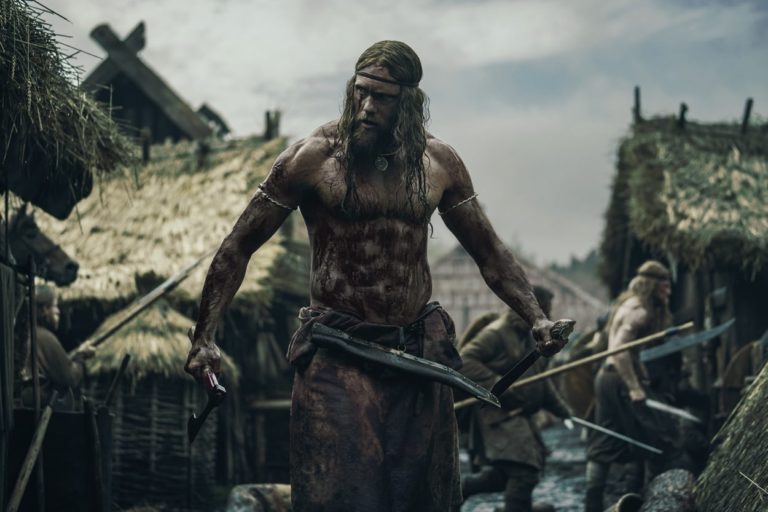 Aryans assemble! Hollywood’s most Nordic get together for The Northman, Robert Eggers’ latest exploration of arcane mindsets, and the sort of film that’s probably on a loop at White Supremacist HQ. The men are tall, blond, hairy and sculpted, the women are fierce, brave and yield only to their liege-lord husband. There is dirt, there are runic inscriptions, there is lore and there are any number of other tokens of authenticity. It’s the hipster version of The Vikings, the one that starred Kirk Douglas and Tony Curtis, made in the days when no one particularly minded a pair of New York Jews playing characters out of the Nordic sagas (though there were sniggerings … Read more

Edgar Wright, born 1974, hymns the 1960s, a decade he never saw, in Last Night in Soho, a genre mash-up and nerd’s custard with looks, style and verve to spare. Eloise (Thomasin McKenzie) is a shy 1960s-obsessed girl from the sticks who comes to London to study fashion. Having got off to a bad start with a gang of other students who’d be called “plastics” if this were a high school movie, Ellie takes a room with seen-it-all-dearie landlady Ms Collins (Diana Rigg). By day Ellie continues her studies, crafting bits of pink chiffon into babydoll outfits for imaginary peroxided 1960s women. But by night, in a magical meld of bodyswappiness and time … Read more

Three Irish gobshites have a last summer of fun before maturity claims them in Eoin Macken’s Here Are the Young Men, a tantalising mix of the familiar and the fantastical. It’s nearly 50 years since Peter Bogdanovich’s The Last Picture Show. Made in 1971 but nostalgic for 20 years earlier, it wrote the blueprint for these “last summer” films. It’s the way Macken follows that blueprint and then veers madly away from it that gives this Here Are the Young Men its flavour. Matthew (Dean-Charles Chapman), Kearney (Finn Cole) and Rez (Ferdia Walsh-Peelo) are three laddish lads in 1990s Dublin, lairy, sweary, drinky, druggy, out to have a good time now that … Read more