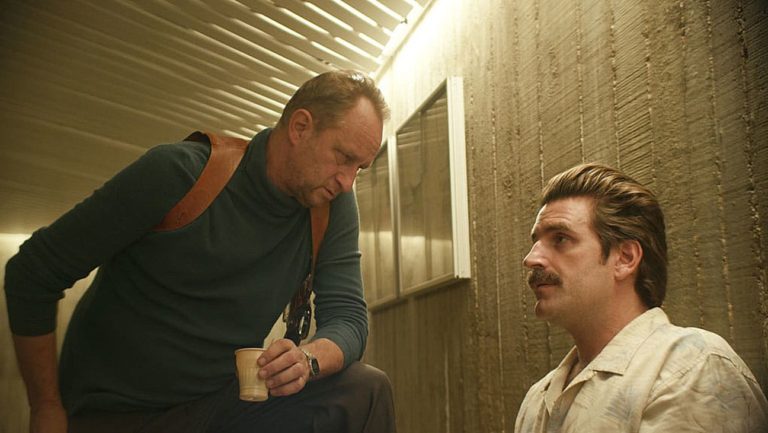 Keep an Eye Out (Au Poste! in the original French), from Quentin Dupieux – who gave us the film Rubber, about a sentient car tyre, and Deerskin, about a man who becomes possessed by a suede jacket – looks at first like one of the writer/director’s less weird films, as long as you ignore the guy out in a field in red Speedos conducting a full orchestra as the opening credits roll. From there, at least for a while, it presents itself as a fairly standard policier. A man has been brought in for questioning by the police over the discovery of a dead body outside an apartment block. While he sits in … Read more