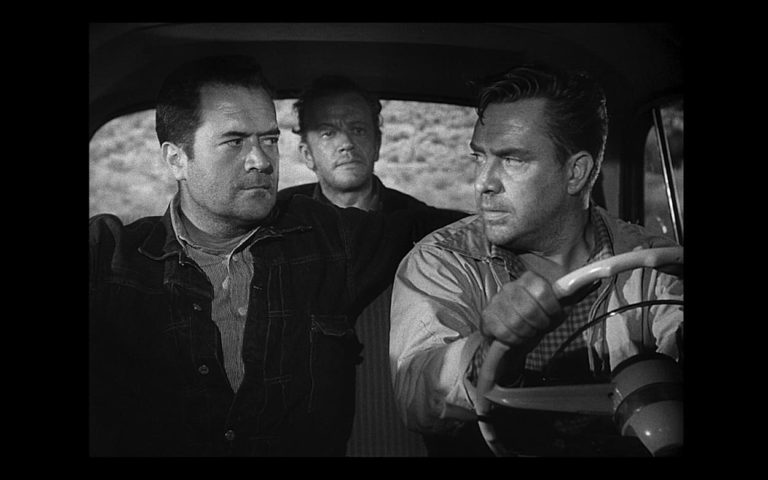 1953’s The Hitch-Hiker opens with an on-screen declaration: “This is the true story of a man and a gun and a car. The gun belonged to the man. The car might have been yours – or that couple across the aisle. What you will see in the next seventy minutes could have happened to you. For the facts are actual.” A gun, a man, a car, those staccato sentences, the threat of death – it’s film noir, and an unusual one not because of its length (a lot of noirs were short B movies), but because it was directed by Ida Lupino, a rare female voice in among the big swinging dicks of … Read more