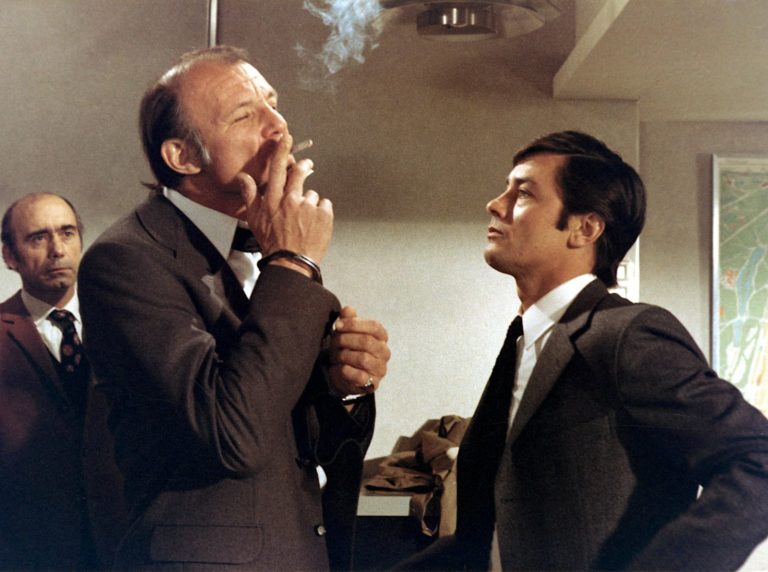 A Cop – the title is just as bald in French, Un Flic, and in opening scenes featuring a bank job carried out by clichéd robbers in trench coats and wearing hats, the writer/director Jean-Pierre Melville appears to be having a bit of a laugh, possibly at his own expense. Who, in 1972, was still wearing a hat? Why are three men who are trying to appear as if they don’t know each other all dressed the same way? Who, planning a bank job in a small town in Northern France, decides a big wallowy American car is the ideal getaway vehicle? The bank job goes wrong. A teller is killed. One of … Read more

Is it “Unique” (CNN), “Heartbreaking” (The Independent), “Riveting” (Radio Times)? Or, perhaps, “Ludicrous” (Daily Mail), “Numbing” (Salon.com) or “Grim” (TV Guide)? Lars Von Trier’s low-rent, grainy tale of the Czech immigrant in the USA who is losing her sight, made according to the minimalist Dogme manifesto, won the Palme D’Or at the 2000 Cannes film festival. And even there fighting almost broke out in the audience. What got everyone’s goat was Von Trier’s decision to couple his muddy shakeycam style to the most velour of Hollywood genres – the musical – and to cast the coolest of Euro sophisticats, Catherine Deneuve, as a factory worker. Adding to this deliberate provocation is the singing … Read more