A good example of a flat, stoic, buttoned-up film noir, Pitfall is as minimal and undemonstrative as they come, depending on how you view sex and death. The stars are Dick Powell, deadpan Dick as usual, while Lizabeth Scott is the femme fatale, a model (and so an independent woman) who’s not so much bad as just plain elementally disruptive. There are three key men in this film – Powell as the everyday happily married insurance man John Forbes, Raymond Burr as “Mac” MacDonald, the shifty private investigator Forbes sometimes uses in murky cases, and Byron Barr as Smiley, a crook now doing time for a bent insurance claim. All have lost or … Read more 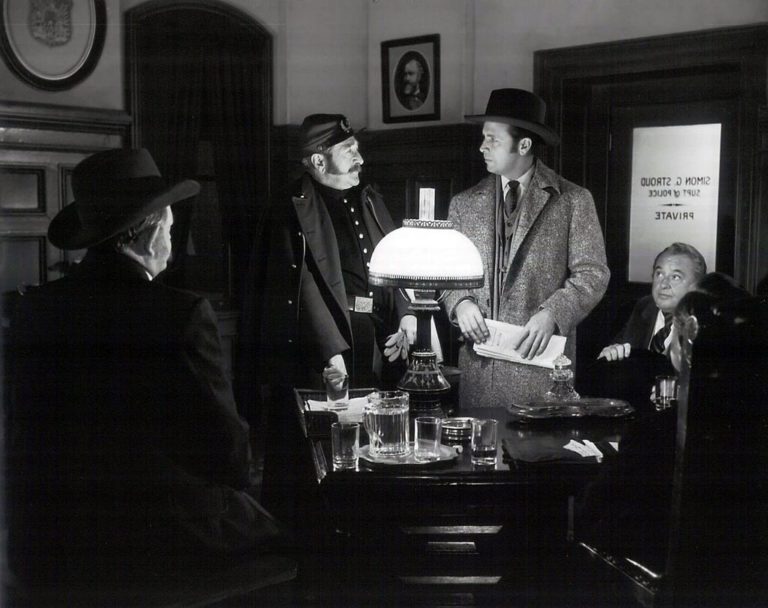 A director on his way up meets a star on his way down in The Tall Target, a 1951 B movie about a plot to assassinate president-elect Abraham Lincoln in 1861, the year the American Civil War broke out. Anthony Mann directs, one year on from his breakthrough into the big time with the western Winchester ’73, and Dick Powell stars as the New York cop who’s uncovered the plot and is finding the world reluctant to hear him out. Bizarrely, the cop is called John Kennedy, and the plot consists of shooting the president from an upstairs window using a rifle with a telescopic sight. Work that into one of the many … Read more

A movie for every day of the year – a good one 14 November Dick Powell born, 1904 On this day in 1904, Dick Powell was born. A remarkably adaptable man, Powell started his career as a singer in the 1920s, then became a movie star in the 1930s. In the 1940s he switched from light comedy and musical films to weightier, tough-guy roles. In the 1950s he was one of the founders of a TV company, Four Star Television, who made The Big Valley and Burke’s Law, among other hits shows, and gave an early leg up to talent such as Steve McQueen, Mary Tyler Moore and Sam Peckinpah. Powell also became … Read more