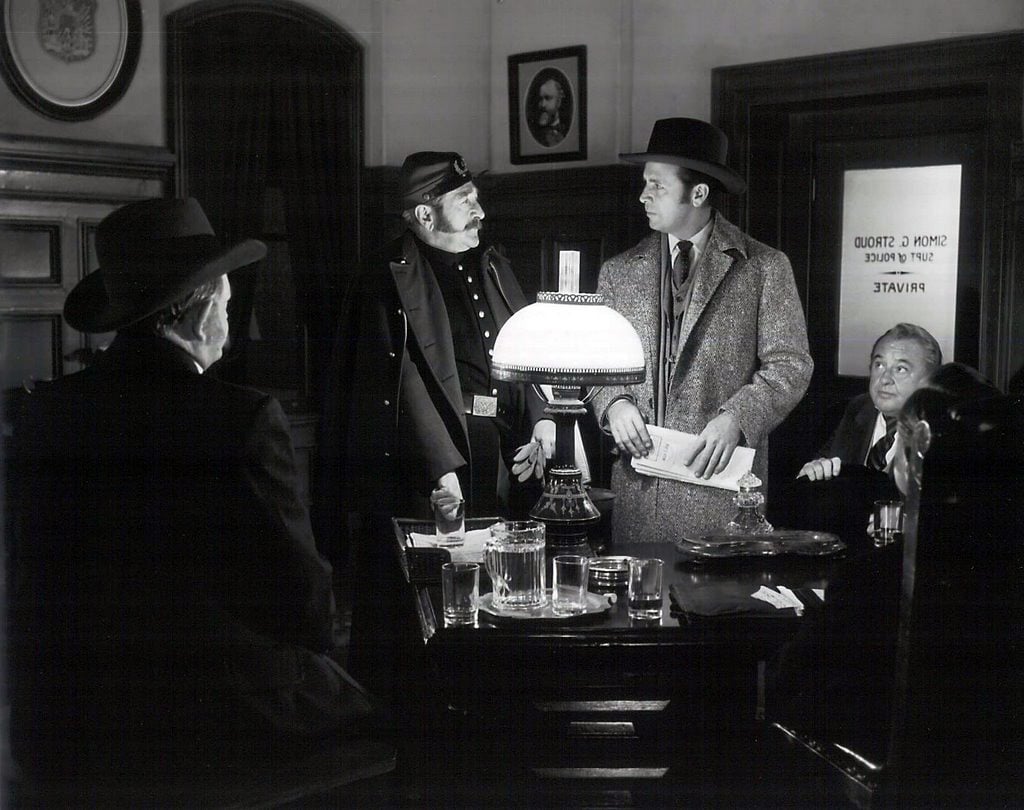 A director on his way up meets a star on his way down in The Tall Target, a 1951 B movie about a plot to assassinate president-elect Abraham Lincoln in 1861, the year the American Civil War broke out.

Anthony Mann directs, one year on from his breakthrough into the big time with the western Winchester ’73, and Dick Powell stars as the New York cop who’s uncovered the plot and is finding the world reluctant to hear him out.

Bizarrely, the cop is called John Kennedy, and the plot consists of shooting the president from an upstairs window using a rifle with a telescopic sight. Work that into one of the many conspiracy theories about the assassination of JFK, if you must, but the parallels end there.

Better parallels can be drawn with the 21st century, in fact, since this is a film about a deeply divided country on the brink of falling apart, the culture war between slave-owning secessionists and Northern abolitionists providing the motor for a plot that at first looks a bit like The Lady Vanishes. Kennedy is meant to meet a man on board a train heading South, but his contact has disappeared, and no one on board seems overly bothered about it.

As the train heads from New York towards Washington DC, it’s Kennedy’s task to get someone to take him seriously, on a train where half the passengers view Lincoln as a dangerous man whose death wouldn’t necessarily be a bad thing.

Adolphe Menjou’s moustache does good work. He’s playing a Northern colonel taking a detachment of soldiers down south, but the colonel’s intentions might not be entirely honourable, and his level of alcohol consumption – he’s constantly pouring drinks and encouraging others to join him – seems to mark him out as a suspicious character.

The screenplay mostly steers a neutral political course. Kennedy states at one point that he’s “no abolitionist” but holds Lincoln in high regard on a personal level because of the president-elect’s integrity and humanity. It’s Ruby Dee as the slave, who her mistress believes is perfectly happy with her situation, who actually nails this film’s colours to the mast with a speech making clear how very mistaken her mistress is.

Mann opens the film with a scrolling Star Wars introduction setting the scene – what we’re about to see is a “forgotten chapter” of US history etc etc – and an atmospheric shot of the train preparing to pull out of New York. From here on he regularly throws bait to the trainspotters with glorious shots of the locomotive trailing clouds of white steam through the black night as it heads south. The DP is Paul Vogel (Lady in the Lake, High Society) and his dramatic lighting of the train helps open up what would otherwise be a studiobound affair.

There are fights, gunplay, murder threats, people forciby thrown from the moving train, others heading for a quick exit from this life under its wheels. Much action. Too much, in fact. Events happen in a compressed rush. More air needed, more space for characters to develop.

Powell is good, he always is, having managed the shift from crooner and lightweight roles to hard-boiled private eye in 1944’s Farewell My Lovely (aka Murder My Sweet), Raymond Chandler’s favourite Philip Marlowe regularly played variations on the role and he’s playing a Marlowe-esque cop here – a white knight adept at soaking up punishment whose integrity eventually wins the day.

The film was not a success. Too divisive, maybe. But when you consider how many US war films there have been, and how few of them have been about the Civil War – the country’s bloodiest conflict by a very long way – The Tall Target stands out as a bold attempt to engage with material most film-makers would consider too hot to handle.

The Tall Target – Watch it/buy it at Amazon

Director: Anthony MannWriter: George Worthing Yates, Art Cohn, Daniel MainwaringStars: Dick Powell, Paula Raymond, Adolphe MenjouSummary: The historical fact of a possible assassination attempt on the President-Elect Abraham Lincoln makes the movie very interesting. The drama comes from a fictitious New York police sergeant discovering the plot and boarding the last train to Washington, DC, to protect the new president to be. Dick Powell does a very good job using deduction and logic to find who on the train could be conspirators. He is foiled at different times but manages to succeed even when the conspirators have caught him. The movie's action takes place mostly on the train and the effects of travelling are well done. Historically, several states have already seceded from the union and that included Virginia. That's why Lincoln had to travel to Washington, DC, through Maryland, also a slave state. When he was taking his own "Inaugural Train" the plan was to kill Lincoln in Baltimore during a long stop but Lincoln's supporters did some slight of hand to sneak him on board the last train to the capital. Maybe not Oscar material but a very enjoyable piece of entertainment. —Zack Rinderer