Melodrama lush and silk-wrapped in The Reckless Moment, a typically opulent film from Max Ophüls, billed almost inevitably as Max Opuls in the four films he made in the USA, of which this was the last. He’s best known for Lola Montes and La Ronde, and for a strange fascination with female characters whose name began with the letter L (it was Léocadie, played by Simone Signoret, in La Ronde, no prizes for guessing who it was in Lola Montes). Lucia is his L of a gal in The Reckless Moment, Joan Bennett showing what an all-rounder she was in a role that’s several rungs up the social ladder and a moral universe … Read more

Catch the Fair One is a game of two halves kind of movie, absolutely the wrong metaphor for a story incidentally set in the world of boxing, and starring a boxer in her acting debut. Kali Reis not only plays the similarly named Kaylee, but also co-created the story, with director Josef Kubota Wladyka. Who came up with the fractured chronology is less clear and it doesn’t help a film that could most easily be described as a young woman’s search for her lost sister. Wrinkles come courtesy of the fact that Kaylee is also a female boxer and that her sister is the real daughter of a Native American mother, whereas Kaylee … Read more

There’s a bat stuck “splat!” on to someone’s face at a certain point in Captain Kronos: Vampire Hunter, which just about sums up this film made in 1972 (released in 1974), an attempt by writer/director Brian Clemens and his crew to breathe new life into the vampire genre and the Hammer Studio’s output. Clemens was the moving spirit behind the British TV spy-fi series The Avengers, which had ceased production in 1969 after an eight-year run. Never one to let the grass grow under his feet, in the interim he’d created the comedy series My Wife Next Door, and written for TV shows The Champions and The Protectors, and also penned the screenplay … Read more A nasty-ass neo-noir, Zola is based on the true story of Detroit dancer and waitress A’Ziah King, Zola to her friends. Over 148 tweets written in a clear and vivid prose style she laid out how her new stripper friend Stefani had tricked her into taking a job as a prostitute. Tweet one starts, “Y’all wanna hear a story about why me & this bitch here fell out?” The tweets went viral and the story got picked up by Rolling Stone, who turned it into a feature: Zola Tells All: The Real Story Behind the Greatest Stripper Saga Ever Tweeted. Movie offers followed. At what point James Franco came on board is unclear … Read more

Whether you call it Woman in the Dunes, Woman OF the Dunes, or go with the original Japanese title, Suna No Onna, Hiroshi Teshigahara’s wildfire success from 1964 (arthouse wildfire – it’s relative) is surely unique in being the only absurdist erotic Japanese drama. Tarkovsky rated it as one of his top ten films, and you can see why from almost the first shot, which announces that there’s going to be less a narrative, more a poetic approach to the storytelling with an image of a boulder that in fact turns out to be – as the camera pulls back, back, back – just one among millions of grains of sand, sliding, flowing, rolling … Read more

Close Encounters? No, just Encounter, though the choice of title is deliberate. Instead of Richard Dreyfuss on the road, heading towards alien contact, Encounter offers Riz Ahmed’s Malik on the road with his two sons, heading towards something… or perhaps something else… or perhaps nothing at all. It’s all a massive tease, really, and it’s Michael Pearce doing the teasing. He was the writer and director of Beast, a similarly playful story all about innocent people who might not be innocent, strapped to a slightly sensational (if you live in Edwardian England) story about a pretty young woman (played by Jessie Buckley) of some status going all Lady Chatterley with the possibly murderous, dirty, … Read more

Though tricked out in an almost offhand way like a film noir, Force of Evil is actually something else entirely, an old school Greek tragedy, featuring a noble hero cursed by a fatal flaw in his character, one which will first be exposed and then cause his downfall. John Garfield plays Joe Morse, a lawyer working for the boss of an illegal numbers racket. As the curtain goes up on a story that isn’t always that easy to follow, boss Ben Tucker (Roy Roberts) is trying to turn his business legit, but first he wants to bankrupt all of the smaller rivals also running numbers rackets so he can come through the other … Read more 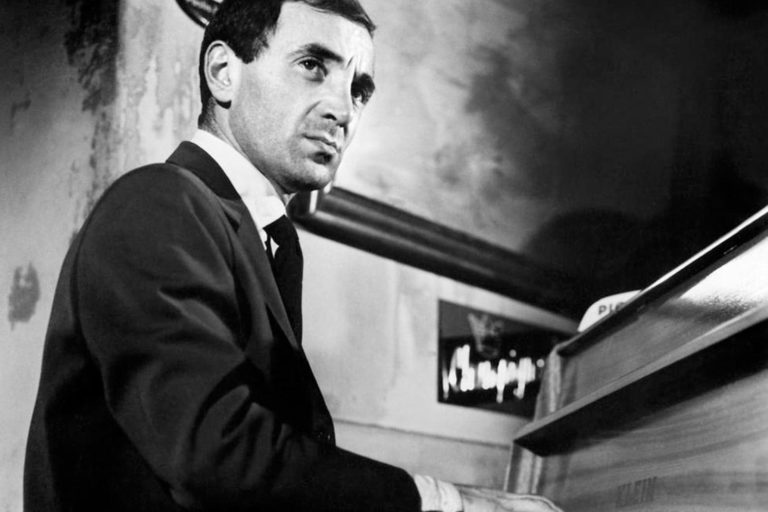 How do you follow a classic like The 400 Blows? With another one, if you’re François Truffaut. Shoot the Piano Player (aka Shoot the Pianist, or Tirez sur le pianiste in the original French) debuted in 1960, one year after 400 Blows had made Truffaut’s name as a director. Just in case there was any doubt about his talent, he’d also written Breathless (A bout de souffle), another classic, with Jean-Luc Godard and Claude Chabrol in the interim. Let’s get the story out of the way, because in a way it’s not interesting, though the way Truffaut tells it is. Charles Aznavour plays a concert pianist called Edouard Saroyan who meets a young … Read more At a certain point words won’t do. So it is with Labyrinth of Cinema, a wild kaleidoscopic three hours designed as a farewell by an old man to an art and craft he has loved, and to the world he’s been living in for around 80 years. The man is called Nobuhiko Ôbayashi and he’d been making films since 1944 – his first one minute short – when he was eight years old. In 2016 Ôbayashi was diagnosed with terminal cancer while making his previous movie, Hanagatami, and told he had only three months to live. He finished that film and, amazingly, started work on this next one, designed as a vast summing up … Read more