The good, the bad and the ugly, from the very first one to the most recent, here’s the what and the why of Marvel’s web-spinning, hammer-throwing, shield-tossing, Groot-uttering heroes and superheroes in one handy chunk Who’d have thought, when Iron Man gave birth to the Marvel Cinematic Universe (MCU) in 2008, that more than two decades on it would still be flying and still pulling in enthusiastic audiences? Even Kevin Feige, who has produced every single one of them, cannot have expected a run of so many successful films – pushing $30 billion at the box office and counting. As I write, in September 2022, Marvel are planning releases as far as ten years … Read more 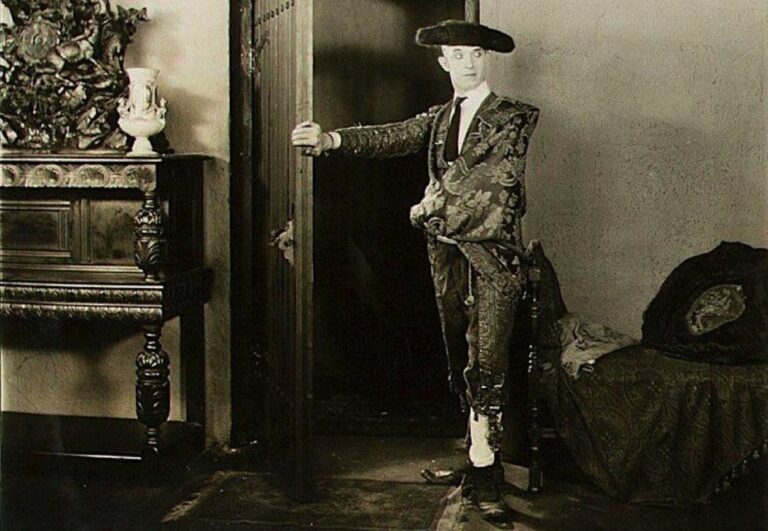 Before Laurel and Hardy there was Laurel and Laurel, and in 1922’s Mud and Sand we get to see Stan Laurel’s original silent-movie partnership at work. The film is a longish short (40 mins) spoofing the Rudolph Valentino hit Blood and Sand, the story of a poor Spanish toreador who hits the big time and has his head turned by the wiles of a vampish older widow. Tragedy ensues. Turned out within three months of Valentino’s all-action spectacular – one of the biggest films of the year – Mud and Sand’s target is obvious, with Stan Laurel playing the slick-haired accidental toreador hero and irresistible love icon Rhubarb Vaselino. (The on-screen intertitles call him … Read more

1922’s Blood and Sand was Rudolph Valentino’s third big hit movie in two years and it deserved to be. A grand, well-appointed, beautiful-looking, subtly-acted adventure rippling with themes and sub-themes and with properly fleshed-out side characters, it’s got more going on under the hood than at first appears. Famous Players-Lasky (later to become Paramount) had been caught on the hop by Valentino’s success and insisted that he carry on with the schedule already mapped out for him – which is why you’ll find a number of B movies sprinkled along the way between The Four Horsemen of the Apocalypse, his breakthrough, and Blood and Sand. Though Valentino was hot stuff (and knew it), … Read more

A prime slice of Harold Lloyd, Grandma’s Boy isn’t as famous as Safety Last! (the one where he dangles from a clock), but it is just as good as an example of his skills. Like the other two members of the Big Three of silent funnymen, Lloyd, like Chaplin and Keaton, often found himself tangling with men much manlier than himself. But whereas Chaplin’s Tramp and Keaton’s Stoneface had a steely puckishness and an aggressive intelligence, Lloyd’s “Glasses” character (as he called the guy in the specs) did not. He was generally speaking more the have-a-go Ordinary Joe. In Grandma’s Boy, “Glasses” is also a weakling and a coward, a Mummy’s Boy squared, … Read more

When Knighthood Was in Flower answers the question posed by Citizen Kane – just how much of a chump was media magnate William Randolph Hearst over actress Marion Davies? Here is how much – a massive movie conceived on the grandest scale, produced by a company Hearst set up expressly to make Davies a star, with her name above the title, opening credits making great claims to the film’s historical accuracy, an opening scene with a grand entrance by Davies’s character in a royal barge, exteriors shot in Windsor, UK, even though much of the rest of the film was shot in New York and Connecticut, followed by an advertising campaign on the … Read more

There are two good ancillary reasons for watching The Toll of the Sea, on top of the fact that it’s a touching, almost heartbreaking drama of a sort it’s almost impossible to imagine being made today. The first is that it stars Anna May Wong, Hollywood’s first Chinese American star, here only 17 years old in a role that puts her to the test in terms of subtle emoting, and finds her sailing through unscathed. The second is that it’s the oldest existing Technicolor movie left on the planet. There was an older one, The Gulf Between, made in 1917, but that went up in flames and is now permanently lost. It was … Read more 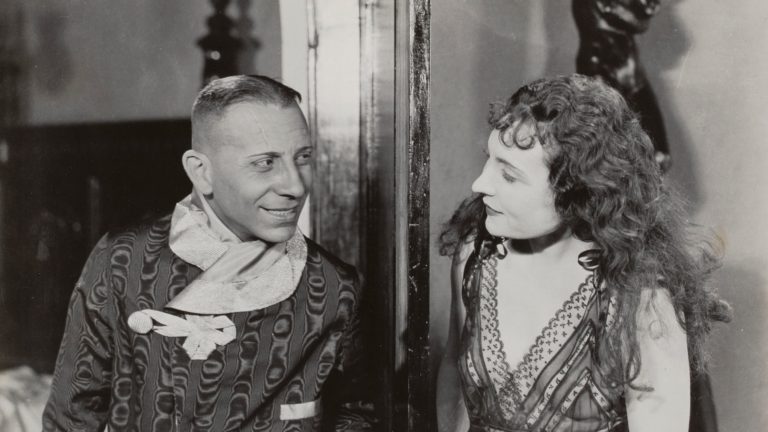 When Foolish Wives debuted in 1922, its writer/director/star Erich von Stroheim was at the peak of his popularity, having exploited anti-German sentiment during the First World War by playing a despicable Hun doing despicable things in a series of films. “The man you love to hate,” was his moniker, one gained in 1918 in the film The Heart of Humanity, where he plays a ruthless German officer who throws a baby out of the window so he can better get on with raping a Red Cross nurse. That’ll do it. Foolish Wives works the same seam, though, the war over and the Russian revolution grabbing more headlines, von Stroheim is now playing a … Read more

Why this film from 1922 is called The Loves of Pharaoh in English is a bit of a mystery. It’s Das Weib des Pharao – Pharaoh’s Woman (or Wife) – in German and in every other language it was translated into (per the IMDb), the lady in question has been faithfully rendered as wife/woman/love singular. In fact the film was also much messed about with when it first debuted. In Russia Pharaoh was more of a tyrant, in the US there was more of a happy ending, whereas in its native Germany audiences got to see more or less what the director Ernst Lubitsch and writers Norbert Falk and Hanns Kräly had wanted … Read more

Accept no substitute. This is the original Robin Hood, or Douglas Fairbanks in Robin Hood (as the registered title insists), the one that Errol Flynn’s 1938 version modelled itself on, the one that gets all the Merry Men, Maid Marian, good King Richard and bad King John, Sir Guy of Gisbourne and the Sheriff of Nottingham into forms so recognisable that even at 100 years old, it’s instantly obvious who is who. This wasn’t the first screen outing for the mythical character, in fact there had already been five before (if we include 1919’s My Lady Robin Hood), so Robin Hood as a movie character was at least fairly well known, though of … Read more

The Four Horsemen of the Apocalypse was the first of five films Rudolph Valentino made in 1921 and though it’s the film that made him a star he’s not the star of the film, which is an ensemble piece. The star is the film itself, an epic so complete and fine-tuned that it’s a reference point today whenever producers and directors are aiming to tell tender human stories against a background of raging conflict. It’s a big film too – two and a half hours long, which isn’t gargantuan compared to, say, Birth of a Nation (three and a quarter hours) or Greed (originally four and a half hours) – but surprises people who … Read more