One for the fans, Brett Morgen’s brilliant phantasmagoric jukebox Moonage Daydream is everything the David Bowie nut could want for Christmas – a painstakingly researched, collated and montaged-together impressionistic celebration, with footage that’s never seen the light of day before, leaning heavily on his most creatively productive years in the 1970s. I stress “for the fans”, not the obsessives, who will carp that there’s no Tin Machine, or that albums like Outside or Earthling don’t figure. It’s not for the newbies either. There are no onscreen explicators, so if you don’t know, then Moonage Daydream isn’t going to tell you that this particular clip is from the Ziggy tour, or that another one … Read more

Chaitanya Tamhane’s feature debut, Court, tells the story of a 65-year-old “people’s poet” who is up in court on charges of having incited the suicide of a sewer worker. Narayan Kamble is a grey-haired firebrand who sings angry songs about the state of the world and his beloved India, and how the love of money is destroying spiritual values. Apparently, he has sung a song strongly advocating that sewer workers should kill themselves. It must have been a catchy tune and/or forceful lyrically because two days later a man did just that. Was the death suicide? Was the song ever even sung? – that’s what the court case is meant to ascertain. While Tamhane … Read more

It was Elvis’s misfortune to die in 1977, just as punk rock was coursing through mainstream culture. Old and worn out at 42, sick and fat, the King became an instant shorthand for everything that this new wave of music wanted to drive to extinction. He died on the toilet, the story went, with an impacted colon. What a metaphor – the man was literally full of shit. None of that features in Baz Luhrmann’s Elvis, a gaudy and joyous celebration of the man from cradle to grave, stopping off mostly at the best bits and leaving the dark stuff way off to the sides. This would be terribly problematic, if Elvis were the … Read more 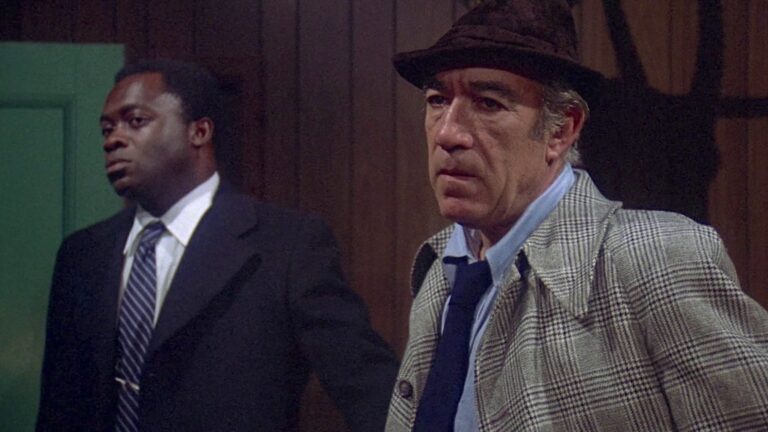 The Arriflex 35BL camera is the most important ingredient in Across 110th Street. It drives the look, the location, the acting style, the intimate mood, in fact almost every aspect of this strange hybrid of blaxploitation and noirish crime thriller. Silent, lightweight and released in time for the Munich Olympics, the new 35BL (the BL stands for blimped) was much easier to use than standard movie cameras. It could get into tight spaces and meant almost all of this film, also from 1972, could be shot out on the streets and inside the clubs and bars of New York – if you’ve seen the TV series The Deuce, Across 110th Street looks very much … Read more 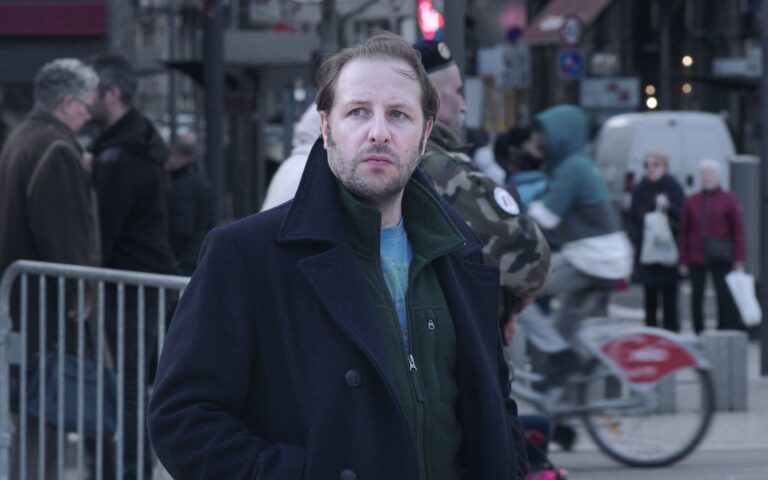 A middle aged Frenchman in running lycra approaches a prostitute. I really fancy you, he says, or words to that effect, but on principle I don’t believe in prostitution. I wonder if you’d consider a job off the clock. Oh no, sir, she replies, faintly amused by the directness of the man’s approach, I’m married and my husband is really not OK with me seeing other men when I’m not working. And so starts Viens, Je t’emmène (Nobody’s Hero), the latest farce of everyday sexual goings-on from Alain Guiraudie, whose Stranger by the Lake (2013) remains one of the most memorable films I’ve seen in the last ten years, if only because of … Read more 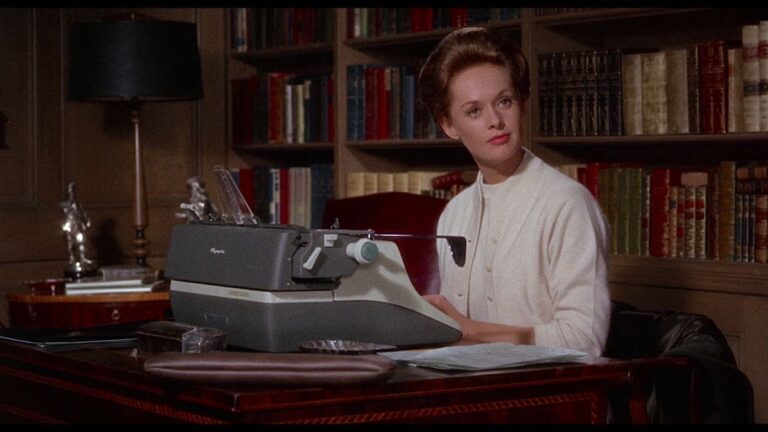 1964’s Marnie is Alfred Hitchcock on the comeback trail. True, the previous year’s The Birds had been a big hit, with barely any critics openly saying what a lot of them must have inwardly thought – that it’s not top-flight (ouch) Hitchcock. It had made a stack of cash for the director and Paramount studios. But Hitchcock knew it wasn’t quite up there with the best. And so he set out to make a better film by deliberately borrowing from the best – himself. From Psycho another blonde called Marion (as Marnie is first introduced), the mother issues and a lot of fraught sexuality. From the 1950s high era of North by Northwest/Vertigo/Rear … Read more 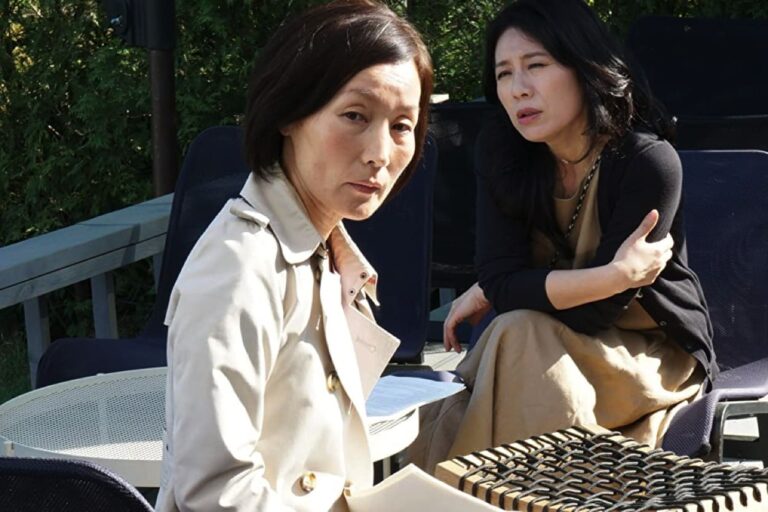 A poet of the mundane, Hong Sang-soo’s films are meditative, ordinary, commonplace affairs, static of look, unhistrionic in delivery. Boring as hell if viewed through your Marvel Cinematic Universe goggles. But look at a film like In Front of Your Face through the same eyes you use for everday life and a whole other world opens up. Two sisters. Korean. Reunited after one of them, formerly an actress, returns to her native land to visit the other. Sang (Lee Hye-yeong) seems slightly withdrawn, is given to muttering mindfulness mantras to herself but seems largely at peace with the world. Her sister, Jeong (Jo Yoon-hee) is delighted to have her back and together the … Read more If Netflix’s 2022 remake of All Quiet on the Western Front has done anything it’s revived interest in this 1930 original, a film more people have heard about than seen but which has been influential on generations of film-makers. It’s obvious that Kubrick borrowed heavily from it for the trench sequences in Paths of Glory, and Steven Spielberg has acknowledged its influence on Saving Private Ryan. And what a beast it is, a marvel of technical brilliance, directed with almost insane virtuosity by Lewis Milestone, who’d already made a name for himself by 1930 and would go on to direct for decades to come – he directed the original Ocean’s Eleven in 1960, for … Read more 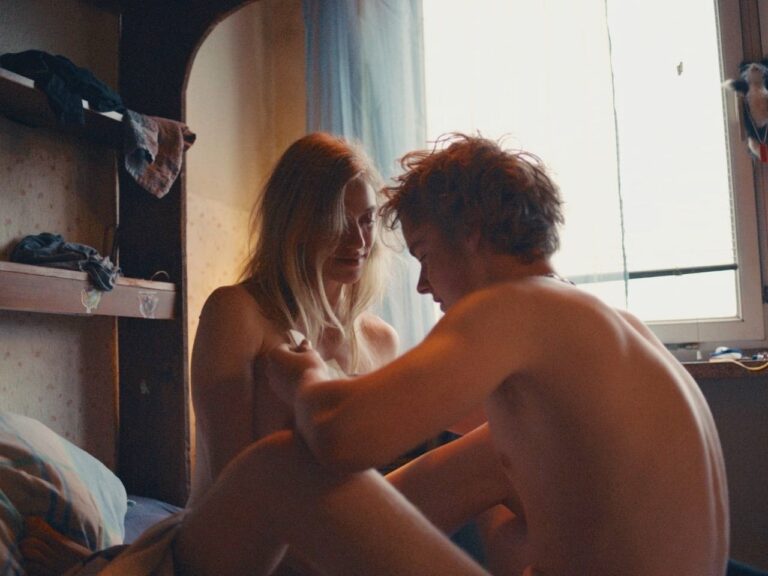 A former ballerina embarks on an intense sexual relationship with her own son. That bald plot outline of Grand Jeté doesn’t give any sense of the almost tactile intensity of Isabelle Stever’s film, a drama driven by emotion rather than events. Plot junkies might need to sit this one out. But for those who like mood and texture, Stever is the real deal, a director with a precise control of the warp and weft of film-making, with a camera that’s almost subjective in its shallow focus on its subject and its interest in the minutiae of everyday life. She follows, in an almost furtive documentary style, Nadja (Sarah Grether), from the practice room … Read more 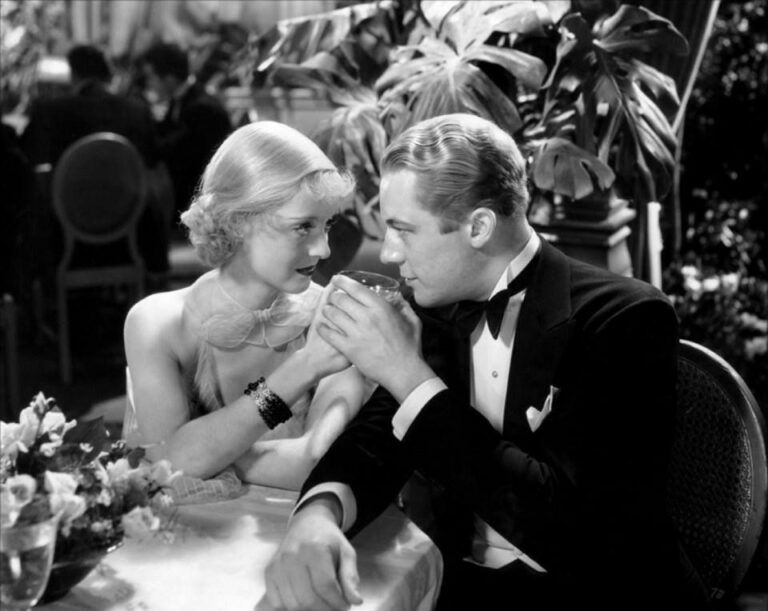 “A piece of junk” is how Bette Davis described 1931’s Ex-Lady in her 1962 autobiography. By the early 1960s a good chunk of Davis’s stock in trade was disdain but even so it’s a tall claim. The film was, among other things, the first to put Davis’s name above the title. It’s a Hollywood “problem movie”, the problem being the incompatibility of marriage and “young moderns”, as the film calls people like the progressive, independent illustrator character Davis plays, a woman who wants to carry on with life as it is – and not get married to Don (Gene Raymond), the advertising guy she’s currently hooking up with for clandestine sex. Then he … Read more