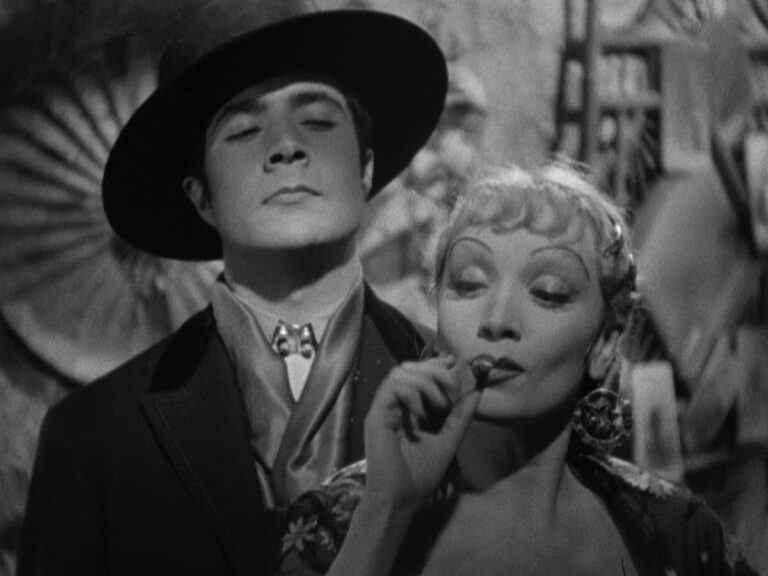 Marlene Dietrich’s favourite of all the films she appeared in was The Devil Is a Woman. Maybe because she’s playing an independent woman beholden to no man. Maybe because she laughs quite a lot in it. The two might not be unrelated. It’s set in Spain, and Dietrich plays Concha Perez, a beauty spotted first on a float at the carnival by dashing gay blade Antonio Galvan (Cesar Romero), who falls for her instantly and badly. Woe betide any man who messes with Concha, Galvan is told by older, wiser Captain Pasqual Costelar (Lionel Atwill), a soldier and stuffed shirt who has already thrown himself on those rocks. And in a protracted flashback … Read more 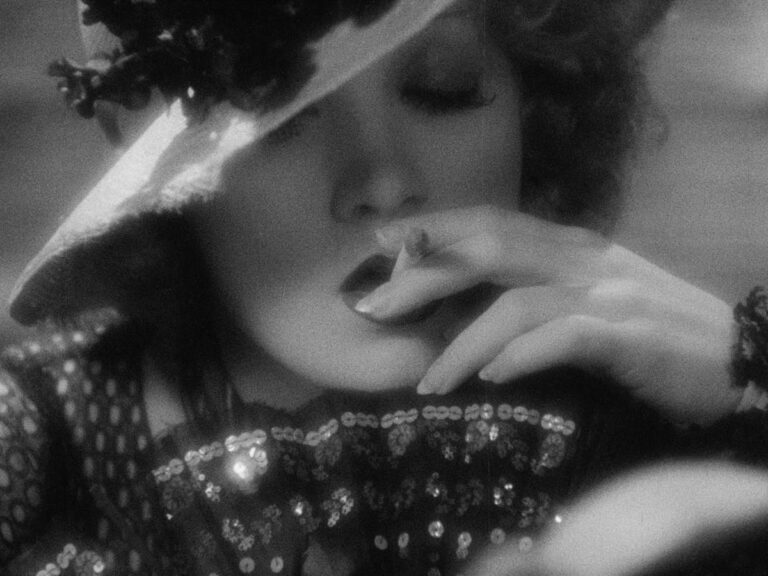 The fifth collaboration between director Josef von Sternberg and star Marlene Dietrich, Blonde Venus is a film that’s been strangled at birth, hacked at, mutilated, and then dressed up nicely and put out there as if all was still well. It’s a strange and unsettling story, if you can pick its story out from what’s left after the censors got at it, of a woman whose husband needs a lot of money for a life-saving medical procedure and sells her body to raise it. The four-square Herbert Marshall plays the husband, a chemist who’s been hurt through exposure to radium and needs to leave the USA and go to Germany for an experimental … Read more 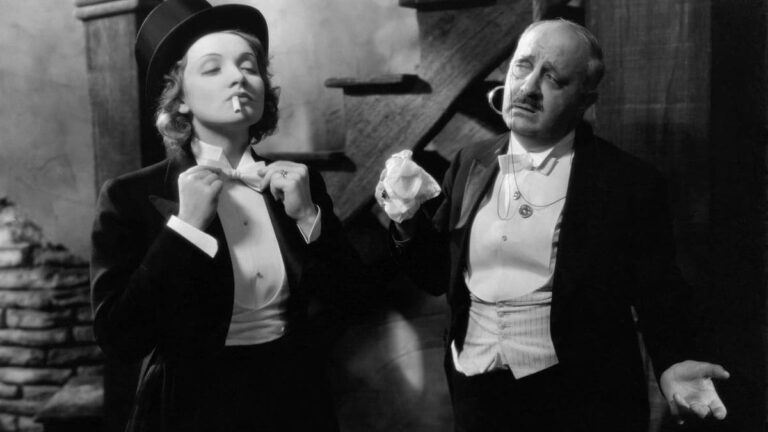 When it came out in 1934, everyone knew that The Scarlet Empress was a reference to a scarlet woman, a sexual libertine. Doubly so once they learned that it was a biopic about Catherine the Great, the Russian royal who notoriously died while making love to a horse, or so the story went. Things are slightly more fragrant than that in this sixth collaboration between director Joseph von Sternberg and Marlene Dietrich, one of the first films made after Hollywood put into effect its infamous morality code, for fear of having one imposed on it by the government. Even so, right there, right after the information that this film has indeed been made … Read more 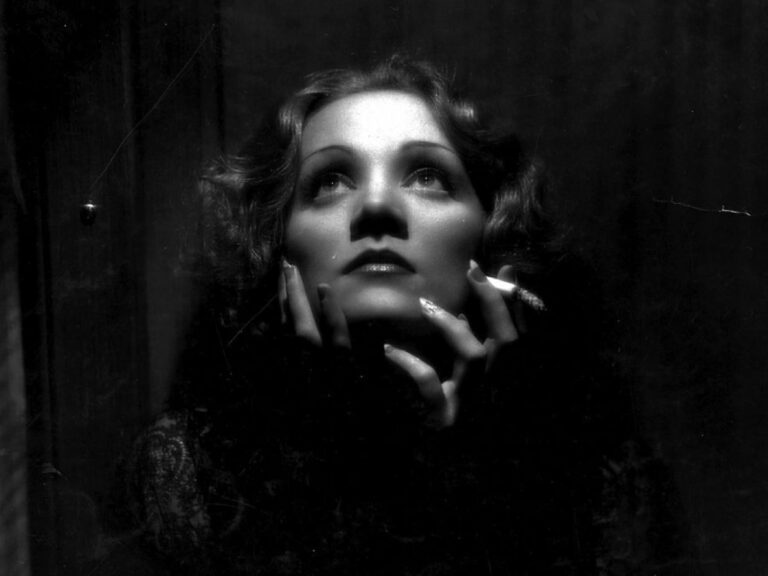 A train heads from Peking to Shanghai and a woman from disgrace to redemption in 1932’s Shanghai Express, the fourth collaboration between director Josef von Sternberg and star Marlene Dietrich. Another transformation is evident, of Dietrich, from the plubby Mädchen in The Blue Angel two years before to the star who’s all cheekbones and chiselled angles. This is the film that gave us the iconic image of Dietrich toplit and eyes imploringly turned heavenward. DP Lee Garmes got the credit for it and won an Oscar for this film’s spectacular lighting but Von Sternberg did almost all of it, according to Dietrich’s biography anyway. Strangely, it doesn’t look like her film at all … Read more

Fritz Lang more or less invented the spy thriller with Spies (Spione in German) in 1928, but it didn’t take long before everyone wanted to be a secret agent. Here’s Marlene Dietrich’s tilt, in only her second US movie, playing a streetwalker recruited by the head of the Austrian Secret Service himself, set a little test, which she passes with full marks for pluck and patriotism, and is then put instantly to work rooting out a mole (as no one called them in those days) in the service. Dishonored’s plot is Le Carré-esque, or it would be if the doughty Marie hadn’t soon cracked the case and exposed the mole, using only her … Read more

This is the film that made Marlene Dietrich a household scandal back in 1930. It’s the story of how a pompous but respectable schoolteacher is lured on to the rocks by Lola-Lola, the nightclub singer in a Weimar-era club who can’t help “Falling in Love Again” (which Dietrich sings here). Poor Emil Jannings, who played the professor, thought he was the star of the film – as well he might since he’d won the Best Actor Oscar the year before, at the very first Academy Awards. He resisted director Von Sternberg’s choice of Dietrich, then a nobody, as the temptress. Von Sternberg had discovered her acting in a stage play quite by accident. … Read more