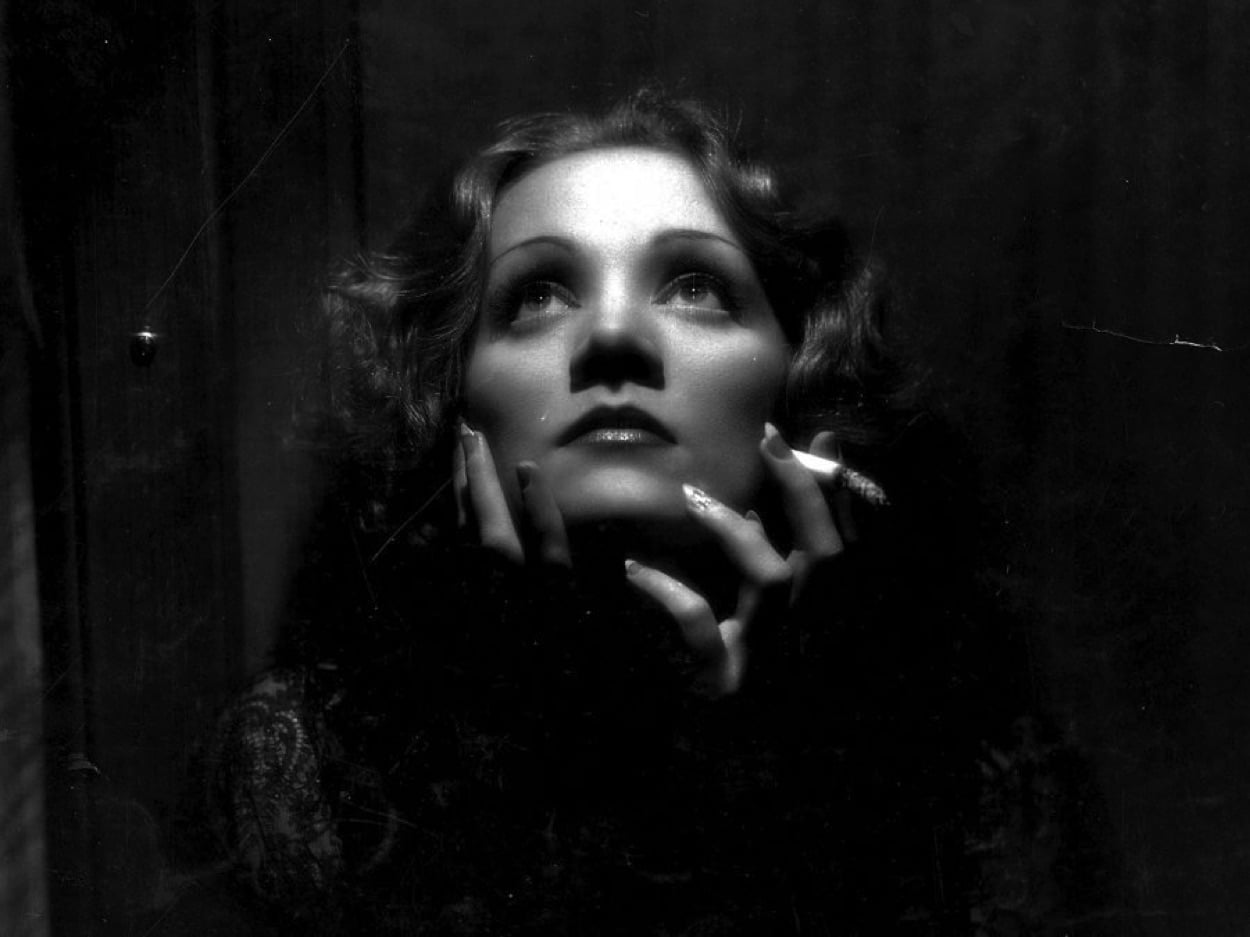 A train heads from Peking to Shanghai and a woman from disgrace to redemption in 1932’s Shanghai Express, the fourth collaboration between director Josef von Sternberg and star Marlene Dietrich.

Another transformation is evident, of Dietrich, from the plubby Mädchen in The Blue Angel two years before to the star who’s all cheekbones and chiselled angles. This is the film that gave us the iconic image of Dietrich toplit and eyes imploringly turned heavenward. DP Lee Garmes got the credit for it and won an Oscar for this film’s spectacular lighting but Von Sternberg did almost all of it, according to Dietrich’s biography anyway.

Strangely, it doesn’t look like her film at all for a good half of its length, and for a good while it’s not even clear that Dietrich is playing Shanghai Lily, the infamous “coaster” (whore), “a woman who lives by her wits along the China coast”. That might just as easily have been the character played by Anna May Wong, until the introductions are made and we learn she is called Hui Fei.

It is a film full of introductions up front, like a Murder on the Orient Express (which Agatha Christie would sit down to write shortly after this film debuted). There’s also the stolid Clive Brook as Captain Donald Harvey, a doctor who once lost his heart to Lily and is now on his way to operate on a high-ranking government official. Busybody and bigot Mrs Haggerty (Louise Closser Hale), who runs a boarding house in Shanghai (Lily deliberately mishears this as “bawdy house”). Mr Carmichael (Lawrence Grant), the devout Christian worried about the souls of everyone, but most of all Lily’s. Henry Chang, an inscrutable oriental, played by Warner Oland fresh from his recent debut as detective Charlie Chan (the fact that Oland was Swedish through and through worried no one back then). The blunderbus Eugene Pallette plays Sam Salt, the forthright American gambler who’ll bet on anything. Some comedy is wrung from Emile Chautard as Major Lenard, a French soldier whose failure to speak any English is seen as a moral failing. And there’s a little more squeezed from Gustav von Seyffertitz as Eric Baum, a fussy German invalid with a fear of drafts.

Most of the passengers on the train aren’t quite what they seem and by the journey’s end many masks will have been forcibly removed. But first the embers of the romance between Lily and Cpt Harvey need to be blown back into a raging passion, just in time for the test: as the train is captured by the rebel army waging war against the government and mild-mannered Henry Chang is revealed as the leader of its army.

Chang, it also turns out, is keener on riding on Shangai Lily than the Shanghai Express and uses Harvey as a bargaining chip to get what he wants, from the government and from Lily. But even though Lily has been around the block a few times – “It took more than one man to change my name to Shangai Lily,” she observes wistfully – it’s not at all certain that she’s going to come across.

This is a beautifully made film, with von Sternberg loading every frame with interest, and is best admired as a piece of gorgeous craftsmanship and as a demonstration of the playing of its brilliant character actors. Where it doesn’t work at all is in the torrid romance between the icy Lily and the dutiful captain. It’s been suggested that Clive Brook had had a facelift before the film, which froze his normally immobile features even further, but there’s more to the failure to ignite than that. Granted, Cpt Harvey is meant to be playing a bitter stoic, but Brook struggles to emote even at a nuanced level. Which matters, because in the end much depends on the captain’s actions.

So good is the film that this gigantic failing can be almost entirely overlooked. Audiences at the time certainly thought so. This was the highest grossing movie in the US in 1932, and was so admired that it was remade twice: as Nightplane from Chungking in 1943 and as Peking Express in 1951. Peking, incidentally, also goes by the name Peiping here. Beijing was some time in the future.