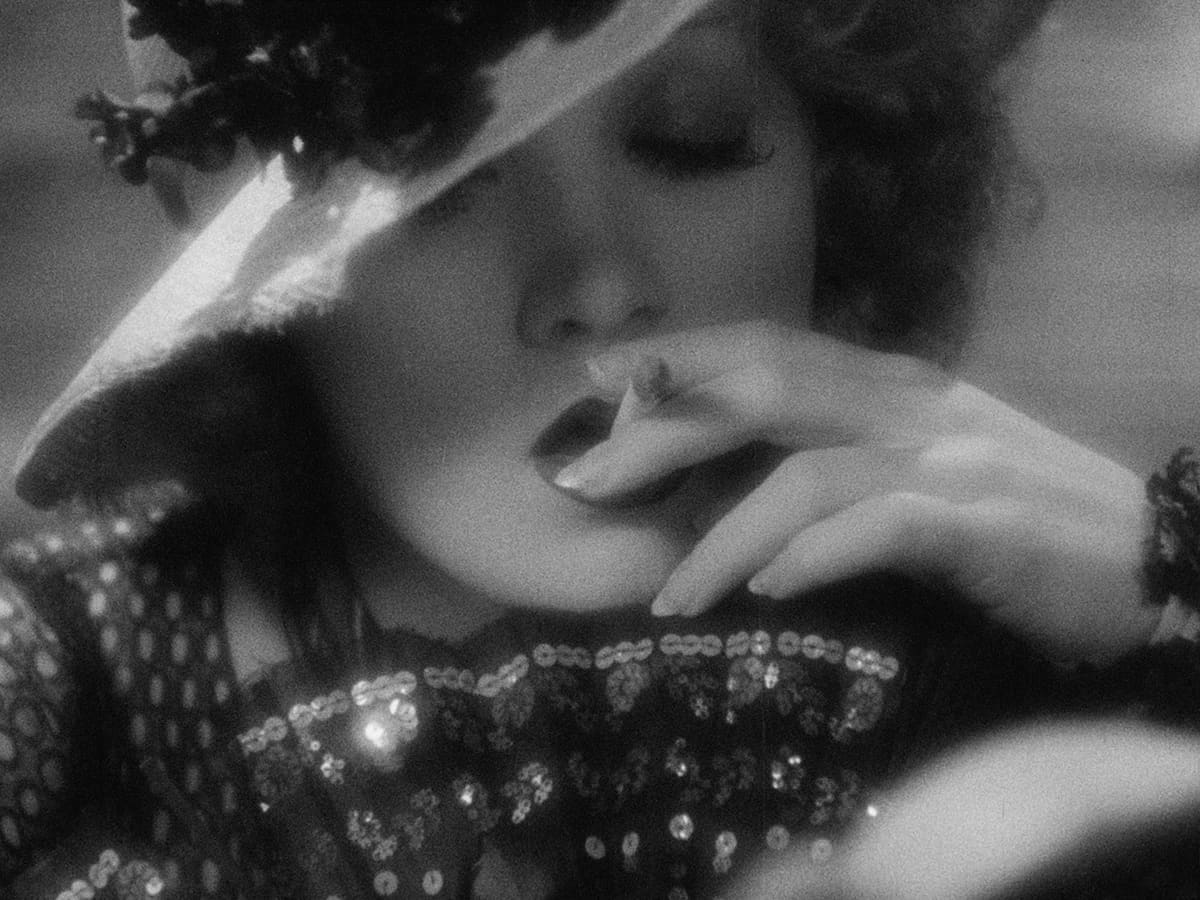 The fifth collaboration between director Josef von Sternberg and star Marlene Dietrich, Blonde Venus is a film that’s been strangled at birth, hacked at, mutilated, and then dressed up nicely and put out there as if all was still well.

It’s a strange and unsettling story, if you can pick its story out from what’s left after the censors got at it, of a woman whose husband needs a lot of money for a life-saving medical procedure and sells her body to raise it.

The four-square Herbert Marshall plays the husband, a chemist who’s been hurt through exposure to radium and needs to leave the USA and go to Germany for an experimental operation. Helen (Dietrich) decides to raise it by resurrecting her stage career. She becomes the Blonde Venus, and is an instant success. But the money coming in isn’t enough, so Helen decides to sell herself to a rich admirer, played by Cary Grant.

The husband heads off to Europe on a ship, and Helen heads off to the bed of Nick Townsend (Grant) for several weeks of frolicking, until the husband returns, unexpectedly early, and catches her at it.

In a strange mid section, Helen goes on the run with her young son, supporting herself by turning tricks here and there but finding her situation getting more hopeless. Until…

You’d barely know any of this from what’s on screen though. The original story was written by Dietrich herself but she and von Sternberg agreed not to put her name to it, knowing it would make it even harder to get past the censor. In the event, the alterations to the original screenplay, and the subsequent required to get it onto the screen, were draconian. It looks also, from otherwise inexplicable failures of continuity, as if some scenes have been reshot.

As is often the case, by focusing on the surface – sex – the censor missed the bigger point. The film is a study of a woman who loves her husband and is prepared to do anything to save his life. What price is morally too high, the story asks. And in any case, in the original treatment, Helen clearly pays for her sexual infractions. In the “on the run” section it’s obvious that Helen is bumping ever closer to the bottom.

There’s often darkness and bitterness at the heart of the seven films Dietrich and von Sternberg made together, but it’s not usually as overt as this. For a Dietrich film it’s quite hard boiled and far less teasing than you might expect, for once a reflection of the realities of the Great Depression, when many a woman did what Helen did.

However, Marlene does get a few songs, and appears in a spangly white tux and top hat affair that are pure Dietrich, even if the songs themselves aren’t up to the usual standard. As ever, the obsessive von Sternberg dresses every frame of the film gorgeously. There is something of interest in the fore, mid and aft of almost every shot of this film, every frame filled from corner to corner, top to bottom. And his elegant, fluid camera is again something to behold. So many films of the era, still struggling technically to incorporate the introduction of sound, had become static. Not von Sternberg’s.

For all that, and given the subject matter, it is inconsequential dramatically. So many characters failing to punch through, most probably because they’ve had their raison d’etre removed. Marshall over-enunciates in that faintly ludicrous “dwarling” way of the thee-ay-tah; Grant is suave though barely plausible in an early biggish role; Dickie Moore is not too icky as the child who ends up as a piggie in the middle between husband and wife; there’s an uncredited but effective appearance by future Oscar-winner Hattie McDaniel as one of the broke-but-decent women Helen meets on the way to the bottom.

Through it all, Helen’s face, a study in ambivalence by Dietrich. There’s a tug between duty and desire. It is meant to be a genuine tug, is what Dietrich and von Sternberg are saying. Without the struggle where’s the triumph? Where’s the film?

Blonde Venus, as part of the Dietrich & von Sternerg in Hollywood box set – Watch it/buy it at Amazon