Having made his name with austere Dogma films, Kristian Levring makes clear he’s more than a one trick pony with a film that pulls every “big movie” trick available – lighting, cameras, costumes, location and sound are all used to the max in a lavish western that sees Mads Mikkelsen striking Clint Eastwood poses as he tries to gain revenge for the death of his wife and child. One of the best modern westerns thematically, technically, artistically and in terms of pure entertainment, it references the medical violence of Peckinpah, the masculine codes of Aldrich, the operatics of Leone and the spartan ruggedness of John Ford, and ties them all together with a Morricone-esque soundtrack. Is it a bit too self-consciously referential? On reflection, perhaps. Especially in its casting down the page – Jeffrey Dean Morgan is such a classic villain, Eva Green such a bad-girl female (her tongue has been ripped out in a bit of backstory dramatics, to reinforce her chattel status), and Jonathan Pryce exactly the sort of smalltime weasel we’ve all seen a thousand times that the whole thing does teeter on the edge of parody. As a genre exercise, though, it can’t be faulted. A meta meta western, perhaps. I’ve reviewed this at greater length here.

The Salvation – Watch it/buy it at Amazon

What’s life like under the jihadists? Abderrahmane Sissako’s film dramatises the time when the fundamentalist Islamist group Ansar Dine occupied the Malian city of Timbuktu in 2012, banned music and football, forced women to cover up, destroyed beautiful carvings, imposed sharia law. It really happened, and Sissako is angry about it. So angry that he occasionally lets his heart rule his head and the film wanders towards propaganda. A fish wife argues with the jihadists that it’s simply not possible to clean and sell fish wearing gloves. We see the guys who have just banned football chatting about the importance of Zidane to the French national team. The jihadists enter the local mosque with guns to make sure their stipulations are being followed, never mind what the mullah might say. We get it – the Ansar Dine strictures are unworkable in the real world, and in any case what’s going on here is a power play, not religious renewal. They are a violent rabble of colonialists who don’t speak the local language, only Arabic, and won’t speak any of the lingua francas (French, English) because these are the oppressors’ languages. The irony. As the film moves from the general towards the more particular story of a lovely local family whose small cattle-rearing concern is threatened from two sides – by a violent incident involving the cowherd, and by the amorous interest of a local jihadi in the family’s matriarch – things do liven up. And here again, Sissako is shouting “foul” – where in the Koran does it prescribe the stealing of other men’s wives? If you’re up for a film shot in this legendary and beautiful adobe city, which confirms the awfulness of Isis-like hardliners, this is for you. But don’t expect insight into the workings of the jihadi mind.

Timbuktu – Watch it/buy it at Amazon

Also known as Love at First Fight, or Fighters, this deadpan almost-comedy about a pair of weird kids – he builds sheds, she’s a toughie hoping to join the army – is an offbeat romance that works because of the longing we can see in the face of Arnaud (Kévin Azaïs) every time he looks at Madeleine (Adèle Haenel). These two meet-cute at the beach at some organised fighting competition – kids stuff, not cage fighting – where he, realising he’s losing to a girl, bites her. From that moment on, if you’re like me, you’ll be plugged into the desperate “kiss her, kiss her” tension which writer/director Thomas Cailley works up, as he exaggerates the banked up passion with nonchalant performances, a hyper-real blandness of milieu, affectless dialogue, dislocating unusualness (the moment where they feed frozen dead chicks to a pet snake, for example). I thought I could detect touches of the immersive deadpan of Alain Guiraudie’s Stranger by the Lake and the cock-eyed optimism of Jordan Vogt-Roberts’s The Kings of Summer – the feeling you have when you’re young that this world is all there is, it’s all that matters. And fighting that tendency to introspection is the electro-pop soundtrack by Philip Oëffard, Pierre Guyard and Christophe Rossignon, another strong element in a wistful lovely film whose simplicity is all skin deep.

A high school comedy romance that adds the Designated Ugly Fat Friend to the usual list of stoners, goths, nerds and mean girls. Mean Girls, is in fact, the apex of this sort of thing right now, and this gets about chest high to it, thanks largely to likeable, smart Mae Whitman as the kinda nice, kinda smart, kinda OK looking girl who discovers that she’s been rated a DUFF. Cue much soul-searching, the development of an “I will survive” resolve, and an ugly-duckling transformation. Hang on, I didn’t mention the crush on someone unattainable while someone who is entirely gettable is hiding in plain sight. As a working through of genre tropes this is limber enough and has its well observed moments. But its attempt to make it current by constant references to social media suggest a film that knows it’s not really in tune with modern teenagers’ tempers, and that this is really a light wipe-over of one of those Freddie Prinze Jr and Julia Stiles films that were knocking around 15 years ago. Nothing wrong with those. And the outro section, where two teachers (Chris Wyle and Ken Jeong) make all sorts of very funny, entirely inappropriate remarks from the sidelines at the Prom suggest there’s a bolder, raunchier film in here trying to get out. 7/10 on the Mean Girls scale.

The Duff – Watch it/buy it at Amazon

Run All Night is another Liam Neeson movie in which he’s looking after his family. This time he’s a gangster’s fixer who is trying to stop his son (Joel Kinnaman, overacting) going the same way as himself. So there’s a layer of psychological complexity that the Taken films never had. Not that an action movie really needs a layer of psychological complexity. At its simplest this is the story of one man (Neeson) falling foul of one other guy (Ed Harris), then spending a night during which other bad guys get involved, until our man is running from the whole of New York, including the cops, plus an extra contracted hitman of the relentless automaton variety (Common, intensely effective), just in case the legion of heavies and boys in blue can’t stop our elemental force. It’s all fairly basic, and in many ways it’s a 1980s movie, if not a 1950s fugitive movie. But Run All Night’s strength is that it’s directed by Jaume Collet-Serra, back with Neeson for the third time after Unknown and Non-Stop. And Collet-Serra is very good at chases. He’s a master of film geography – in any high speed encounter, whether it’s in a car or on a crowded street, we always know where our man is in comparison with the bad guys, which way he’s heading, how fast he’s going, so we know precisely how risky all this stuff is. Risk equals excitement. Neeson brings Shakespearean levels of conflicted personality to the role, and the film is all the better for it. Plus Collet-Serra drops in little homages to the Michael Mann school of film-making, with super-luxe shots of the city at night.

Run All Night – Watch it/buy it at Amazon

The Dark Horse seems for a good stretch to be two films fighting in a sack. One is the underdog story of Genesis Potini, a bipolar Maori guy who winds up teaching an afterschool club of ne’er-do-wells how to excel at chess and stay out of trouble. The other is about a young kid called Mana, Genesis’s nephew, a bright and attractive boy with his life ahead of him, who’s being encouraged by his tough-looking but essentially weak father to join a biker gang – the ghetto or the big world, the lawless or straight and narrow, his dad or his uncle, these are his choices. It turns out at the end, as befits a film in which strategic games are played, that the chess story and the gangster strand are closer thematically than at first seems to be the case. The big message is about the power of simple ju-ju in everyday life – we can choose, to a certain extent, which piece on the board of life we want to be. Cliff Curtis keeps it underplayed as the troubled chess master, James Rollesten, with a Hollywood face that’s simultaneously handsome and pretty, is the kid in danger. And the support players – the mean biker guys, the sparky kids at the club – are all so believable that they really help what could easily have been a squeeze of the genre sponge burst into dirty, satisfying life. A true story, too.

The Dark Horse – Watch it/buy it at Amazon

The star billing goes to Reese Witherspoon, but this film isn’t about her at all. And it’s to her credit and of all involved that things aren’t bent out of shape to accommodate her. Instead it’s the admirably straight story of a bunch of Sudanese refugee children, part of the so-called Lost Boys of Sudan, whose lives were disrupted (ruined, we’d say if this happened to us in the first world) after the outbreak of civil war. Fleeing the bullets, and en route to comparative safety, they suffer real privation. Extreme thirst forces them to drink their own urine. One of their number dies. Another is abducted by soldiers. The survivors make it to a refugee camp in Kenya. Years later, having become adults in the refugee camp but still a fierce group, they make it to America, where a semi-comedy of fish out of water sort plays out (“Are there any dangerous animals of which we should be warned?” asks group leader Mamere. “Such as?” replies the company boss he’s interviewing with. “Lions,” says Mamere), and Witherspoon eventually turns up in one of her perky, flawed blue-collar roles as a local job fixer. The events don’t stop here – America has its effect on the three who have made it, the tension springing from the suggestion their essential human toughness and sweetness will be corrupted by the easy, throwaway life. There’s a lot of ground covered, too much in fact to keep the drama keen, but it’s a handsomely made film, with acting that’s as sweet and direct as the Lost Boys. You might not be surprised to find that most of the actors are in fact Sudanese refugees.

The Good Lie – Watch it/buy it at Amazon 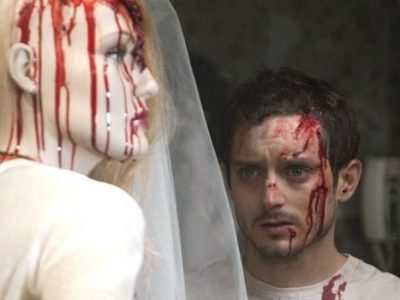 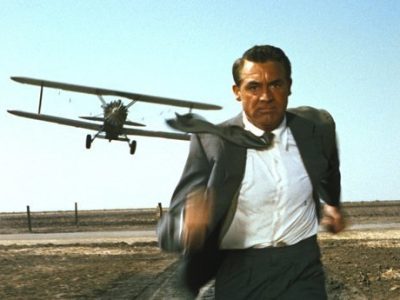