Director Darren Aronofsky, having temporarily revived the career of Mickey Rourke with The Wrestler and then an entire genre – the tween ballet thriller – with Black Swan, goes for another challenge, the biblical epic. The story: a big flood. The man: Russell Crowe as a fundamentalist Noah. The tone: old school epic, with the odd arthouse break to remind us that Aronofsky once directed films like the overwrought Pi. Jennifer Connelly plays Mrs Noah in British Heroic voice, in what must be the least demanding role of her career. Surprisingly, bizarrely, very very little is made of the ark, the animals, the flood, leaving Emma Watson in what should be a subplot as the only real show in town, as the waif taken in by the Noahs and catching the eye of one of his lusty sons. Cue much fierce concentration by Watson, hoping this might be mistaken for chops. All in all, a mad mix of Mad Max and Cecil B DeMille.

Downhill takes the vibe of the Steve Coogan/Rob Brydon film/TV series The Trip/The Trip to Italy and presses it onto the story about four middle aged guys meeting up after decades to do the Lakes to Yorkshire coast-to-coast walk – 192 miles of bracing outdoors. The results are very nice indeed, probably moreso if you are exactly the sort of middle aged guy they are – disappointed, fond of a beer, a laugh, with a total rogue (the very funny Ned Dennehy) as one of your number, and still with an eye for a lady, though with virtually no chance of pulling one. This also sounds a bit like Sideways, doesn’t it, albeit a British one. And I’d bracket Downhill alongside it, as a gentle and funny film that also reminds us that one day we’ll be dead and that spending time with friends, just chatting and idling time away, is one of life’s great joys.

Lukas Moodysson’s career goes up (Tillsammans, Lily 4-Ever) and it goes down (A Hole in My Heart, Container). We Are the Best! marks a new upswing – a story about three punk 13-year-olds in post-punk 1982 Sweden who decide to form a band, in spite of the fact they can’t play. Actually, one of them can and anyway not being able to play is the whole point of punk, is it not? This almost insanely cheery and brilliantly acted drama then follows the girls as they are bullied at school, ignored or teased by their parents, taken advantage of by older guys in bands. In short, it’s the full girls-in-music experience distilled into beautifully observed chunks, any one of which might stand alone as a very short film.

We Are the Best – at Amazon

Roman Polanski casts his own wife (Emmanuelle Seigner) as a slatternly actress auditioning for a stern theatre writer/director (Mathieu Amalric, looking like a young Polanski) in an entirely stagy two-hander set in an abandoned theatre. The script she’s reading is the dramaturg’s adaptation of the Sacher-Masoch novella Venus in Furs and it is no surprise at all that soon she seems to be taking charge of the situation and he is under her boot. This being Polanski, the sexual is obviously up for some exploration. But this being Polanski, he’s playing with us: Polanski doing to his audience what the actress is doing to her director. Ideologically, it’s a film from the 1980s – the world is all constructs, reality is a series of fictions, identity is partial/mutable – and it is an entirely enjoyable little romp in the footnotes of sociology. What’s more, the actors appear to be enjoying themselves, and so does Polanski, who seems, here as in Carnage, to be increasingly favouring these one-room pressure-cooker dramas. He does them very well.

Venus in Fur – at Amazon

This is a mixed bag. Depending on your view it’s either a remake of the terrible 1986 Rob Lowe/Demi Moore movie or another adaptation of David Mamet’s breakthrough play Sexual Perversity in Chicago. Either way it’s about sex and love, or sex versus love. On one side we have Michael Ealy and Joy Bryant as the gorgeous couple who are so much in love. On the other Kevin Hart and Regina Hall as the fuck-buddies who enjoy the hell out of each other’s company. You can guess what’s going to happen, or maybe you can’t. About Last Night has more dynamite scenes than you might expect, most of them featuring Regina Hall. It is full of the sort of language that’s going to give some an attack of the vapours, so if you can’t work out what “thigh muffs” are, or when they might be deployed, be warned. Tonally it asks us to repeatedly make the mental leap from Mamet-style hardball to the sort of romancey-wancey stuff you might associate with The Notebook. So, a very improvable film. However, it made me laugh and even left me with a tear in my eye. So who cares?

About Last Night – at Amazon

A disgraced radio DJ (Pierce Brosnan) decides to kill himself, goes to the top of a tall building on New Year’s Eve and is just about to jump when another would-be jumper (Toni Collette) turns up. Then another (Imogen Poots). Then another (Aaron Paul). As high concepts go, this is high on its own ridiculousness. But it doesn’t stop there, as one bit of “well, I never…” is followed by another bit of “now isn’t that a remarkable coincidence” and soon the unlikely foursome are all on holiday together, believe it or not. At this point, after the film has gone into its fourth set-up and is more than halfway over, it actually starts to get going, and finally allows Poots to take a breath – up until this point she has kept the entire thing going through sheer force of will and a life-shortening expenditure of cortisol. Suddenly, micron-thin characters take on enough weight for us to get a handle on them. We learn that Collette’s single mother has a disabled son at home whose needs have driven her to the end of her tether. And a bit more about Brosnan’s historical dalliance with an “I never knew she was 15” girl, and so on. As for Aaron Paul, after Need for Speed this is another example of someone with no observable charisma bafflingly managing to nail a career – must be the Breaking Bad Effect. But back to the movie, which ultimately needed to decide before filming had even started whether it was a comedy or a drama. In other words it’s a film that, like its protagonists, fails to jump.

A Long Way Down – at Amazon

A black and white film from 1965, restored to such a sharpness that you can see powder on the face of its star, Patricia Gozzi, who is playing a French teenager who is refusing to grow up – and would most definitely not be wearing powder (see, the god of Blu-ray restoration he giveth and he taketh away). Or she was refusing to grow up, or acknowledge ownership of the pair of budding breasts that director John Guillermin is constantly directing us towards, until an escaped criminal (Dean Stockwell, rocking the James Dean look) turns up as a lure. What a weird and overcooked gothic melodrama this is, the sort of film in which our heroine will at one point shout “I’m mad. I’m mad” and run to the padlocked gates of the lunatic asylum, conveniently situated on a nearby hill. The sort of film where everyone speaks English but with the Peter Sellers Clouseau accent. The sort that goes for tilting cameras, deep focus, distorting lenses, chiaroscuro lighting. Is it any good? I wasn’t persuaded, though Gozzi is sensational, as is Gunnel Lindblom as the sexpot housekeeper – blowsy 1960s licence distilled into one female form. But it’s convinced it ranks alongside those Robert Bresson films about innocence, such as Au Hasard Balthazar, hence the phony French accents. Or maybe they’re there to distance Rapture from Brian Forbes’s Whistle Down the Wind, which is in faintly similar territory. Approach wearing a beret. 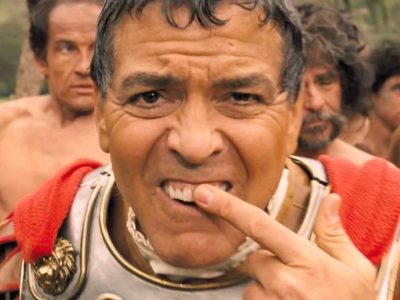 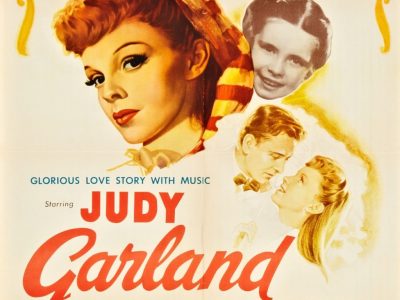 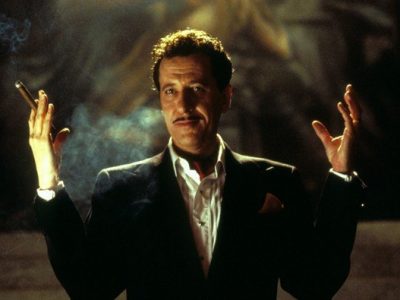