This adaptation of Robyn Davidson’s book about her 2,000 mile solo trek across the Australian desert almost says more about the camels than it does about the woman who became known as the Camel Lady. Where she came from, what her motivation was (apart from a Garbo-esque wanting to be alone), how she sorted out water, provisions, medicines, almost all the sort of detail you might expect is lacking. It barely matters because director John Curran has settled for a non-aboriginal dreamtime approach – even as I write that phrase I realise it’s cack, since I have no idea what an aborigine dreamtime is about, but Curran is going for impressions rather than facts, the event rather than the individual days. And it works. The apparent openness of Mia Wasikowska, as Davidson, helps enormously. Is there nothing she can’t do? As does the soundtrack of washy, overlapping strings. And it doesn’t over-romanticise the aborigine as it goes either.

Tom at the Farm is the latest film from Canadian wunderkind director Xavier Dolan and it works pretty brilliantly until it all falls apart at the end. I recommend you watch it until just before then. Dolan plays a gay man who is attending the funeral of his lover. And he’s staying at the dead lover’s family home. Except mum doesn’t know her son is/was gay. And her other, entirely straight, rough tough farmer son doesn’t know either. Or that’s what they’re saying. As for Tom, he’s not sure whether to break it to them, it being a funeral and all. Dolan spends a bit of effort opening out this adaptation of Michel Marc’s Bouchard play, staging scenes all over the farm, but it is in essence a three hander – the son, the mother and the gay lover. How it plays out is what makes it worth watching, so I won’t reveal the plot. I will say that it’s highly melodramatic, that Dolan has clearly been watching Hitchcock and that there are a couple of dramatic moments so clever that you forgive the entirely unbelievable ending, when Tom undergoes a total personality change.

Tom at the Farm – at Amazon

As a kid who would hoover up comics in the summer school holidays – nice Mr Doyle round the corner worked at a printer’s and would bring us stacks and stacks of them every year  – it was Captain America who got left to the end. He was so boring. He was like a Superman (boring enough) without the really cool powers, and with a rather too symbolic shield and outfit. The makers of this film evidently think so too, because they do everything they can to mitigate the essential dullness and stifling patriotism of the Captain America character. They keep dropping in reminders of the other Avengers characters. They contrive to keep the Captain out of his uniform. They give a prominent action sequence to Nick Fury (Samuel L Jackson) early on. They put lots of snarky wit in the mouth of Scarlett Johansson’s Black Widow. They introduce plenty of other side characters – Robert Redford as the big boss of Shield, Toby Jones as a Nazi whose brain has been uploaded into one of those tape-spooling computers beloved of 1960s sci-fi. The winter warrior – a Soviet baddie who has a metal arm. Anthony Mackie as Falcon. Double agents. Triple agents. And, you know what, it works. This is a thrilling and interesting film which has decided that plot is the way to go – keeping the faith with the MO of comic books – and plot is what it gives us, something to do with Shield being compromised, enemies within, enemies without and so on. There’s plenty of action, and the Captain makes a couple of salient points about liberty and neocon not being synonyms, but at 136 minutes, the film is simply 30 minutes too long. Which is a pity because I had been won over until I nodded off.

Oh dear good god. Ex marrieds Pierce Brosnan and Emma Thompson go to Paris to swindle an oligarch out of the money he has swindled out of them, their company and all its employees. Along for backup are Timothy Spall and Celia Imrie as their friends and the film’s comic relief, though Thompson and Brosnan seem to be managing well enough with lines such as “You don’t fancy rubbing some Deep Heat into my coccyx, do you?” being uttered by a wheedling Brosnan, keen to get back with the missus. I’ll say this about The Love Punch, it knows its quadrant and is playing right to it – Free and Status Quo on the soundtrack, Pink Panther style Frenchmen, the sight of an attractive woman getting out of a car being accompanied by saxophones and horns on the soundtrack. And like The Best Exotic Marigold Hotel, clearly its inspiration, it knows when to leave a great character actor to riff (though Imrie and Spall are much funnier than the material they are working with) and the chemistry is in its favour – Brosnan and Thompson could make a string of these. What did I just say?

The Love Punch – at Amazon

Also known as The Hybrid, which gives the plot away instantly, Scintilla starts out looking like a low-budget Where Eagles Dare film about mercenaries on some never-entirely-specified mission to get some information out of somewhere. What they find there, in this wartorn former Soviet Stan is an operation to cross humans with aliens. And it’s here that the film gets interesting, particularly when Perri Hannson, as one of these alien crosses, gets a chance to wibble his head about, make gulping, gill-like neck movements and just ogle in a weird alien way. It’s amazing how effective a committed performer can be. I’d be tempted to say Hannson is the best thing here, except that Ned Dennehy is also in it, as the most cynical and most gifted of this bargain bucket A Team, and Dennehy (see the great comedy Downhill for confirmation) is a great charismatic presence. Morjana Alaoui is also effective too, as one of the scientists. That said, it isn’t much of a film – 1980s Doctor Who springs to mind – and John Lynch, its star, isn’t given much to do behind his luxuriant beard.

Presumably shot on a weekend when its two stars – Robert De Niro and John Travolta – didn’t have much else on, this two hander is about a Serbian (Travolta in chin beard and matching Balkan accent) trying to kill the retired UN soldier (De Niro, graciously stepping in for Nic Cage – this was initially meant to be Face/Off 2) who humiliated him back in the Bosnian war. It is essentially two men armed with knives and bows chasing each other over a mountain. One catches the other. The other gets away and catches the first. Rinse and repeat, while the dialogue kicks up suds, until A eventually says to B, “You know, we’re the same you and I” and that’s another film done. What’s odd about this drama, which would be more fun and more understandable if Steven Seagal were its star, is why not one but two actors of this calibre were involved – was it a buy one get one free deal? – and how come its script, after winning the 2008 Script Pipeline Contest, started a bidding war that saw it selling for gigantic amounts of money. Because there’s nothing here. See the Pierce Brosnan/Liam Neeson action-chase drama Seraphim Falls for where this probably thought it was going.

This satanically good restoration of FW Murnau’s silent classic about a man selling his soul to the devil is apparently the first one to use the domestic camera print – the camera to create the export print was situated alongside and was considered to be the inferior version in terms of framing. I’m not convinced that it makes that much difference, because the power of Murnau’s film comes from the potency of the imagination behind the images – those early shots of the devil and St Michael bemoaning the wretched spiritual state of humanity; Faust hovering over his laboratory flasks; the plague arriving – they wouldn’t be diminished by being a few nudges left or right, though I believe some of the scenes run more completely in this domestic version. I’ve just looked up my old review of a restoration of the export print and I was blown away by that. This is even better, if anything (though I didn’t do a side-by-side comparison and this one was Blu-ray, not DVD), crisp, with good contrast and lots of deliberate grain. Of course it looks like arthouse now, but Murnau was turning out a Michael Bay-level blockbuster in 1926, and it’s noticeable how heavily he relies on special effects, and how special they remain nearly 90 years on. That’s because Murnau isn’t aiming for realism – high gothic medieval crossed with modern 1920s Expressionism is his target, allied to a vaulting emotionality, as Faust (Gösta Ekmann) first falls for young Gretchen (a pre-raphaelite Camilla Horn), gets Mephistopheles (an operatically impish Emil Jannings) to rejuvenate him, then completely destroys the poor girl. It’s a great grim, endlessly retellable story and this is a great, beautiful total one-off of a film. 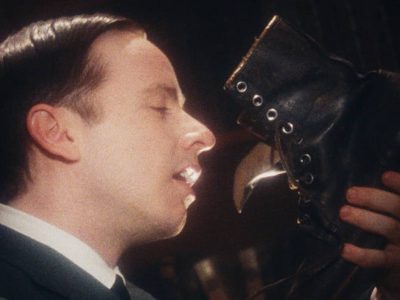 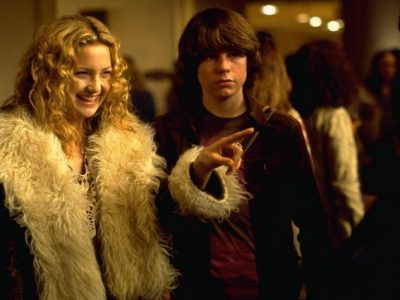 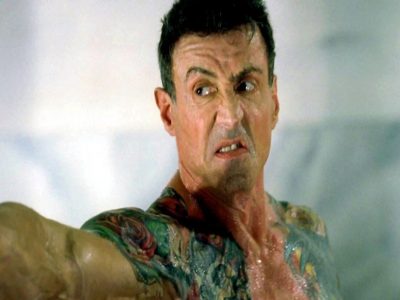