A film set entirely in a car driving along a motorway needs a lot going for it to work. Locke has it. A tight, believable script, Tom Hardy as a methodical yet inwardly erratic concrete specialist (metaphor alert) who has spent his entire life trying not to be like his loser dad, and is now trying to avert the collapse of his entire life by making call after bluetooth call while hurtling towards London. That’s it – a man and a phone and the voices at the other end. Some you might recognise – Olivia Colman as the pregnant one-night stand Locke is trying to talk down from hysteria as she goes into the labour ward alone. Others you won’t – Andrew Scott as Donal, the feckless and perhaps drunk number two whom Locke is trying to brief back on the megasite he’s responsible for. It would work just as well as a radio play – no insult intended – except then you’d miss Haris Zambarloukos’s remarkable camera, which collages together the lights and colours of passing streetlights and headlamps and works clever shifts of focus and seamless edits to suggest the racing of Locke’s mind.

This grim tale about a Filipina maid (Angeli Bayani) who is hired by a horrible family in late 1990s Singapore is the simple story of a woman who is just too good for her employers – she manages to get their vile little boy to behave, for example – and is a beautifully made human drama (dread phrase). But it also takes a beady look at a family that’s on the skids and doesn’t even know it. Apart from the fascination of the slo-mo car crash that’s playing out, you should watch it for the acting, which is exquisite – particularly Yann Yann Yeo as the snotty mother, who doesn’t do anything to make her character sympathetic. Actually, Tian Wan Chen as the useless, indolent father needs a namecheck for doing something similar, though Bayani and Jialer Koh as the tearaway kid are entirely brilliant too. Yes, I liked this one.

A drugs war drama set in Mexico, which got a lot of publicity because of the brutality of some of the images about halfway in – from the “we only like violence when it looks like fun” crowd – and the entirely affectless look on the faces of those carrying it out, the “banality of evil” and all that. Director Amat Escalante is a protégé of Carlos Reygadas – master of the austere, slow, majestic drama – but comes slightly unstuck in Heli about halfway in, after we’ve met a blameless brother (Armando Espitia) and sister (Andrea Vergara) and they have been kidnapped by the bad guys because the sister’s army boyfriend (Juan Eduardo Palacios) has snaffled some of their cocaine. The film – up till here taut and beautifully shot with big golden-hour vistas and perfectly contrasting small human drama concerned with what it means to be a man – suddenly bogs down, with Escalante suddenly giving us establishing shots that don’t need to be there, introducing backstory that isn’t necessary either. It goes from being a fast and furious tale of innocents and the mob to a glacial police procedural. It’s still good, still has some nutty twists, particularly when the female cop trying to find out who abducted Heli, and where his 12-year-old sister is now, discovers an interesting new way of getting the abductee to co-operate.

If you’re a wedding videographer and you would like to make a documentary which somehow incorporates the material you’ve been accumulating over the years, you’re too late. Doug Block has gone and done it. Using 20 years’ worth of nuptials, the 112 weddings, as raw material, Block has then gone back and interviewed some of the participants, in an attempt to say something about marriage. What he says is actually fairly banal – you need to be compatible in the first place; you have to work at it; adversity can make you stronger. But by focusing on the individuals, rather than attempting too much to go for the big picture, Block succeeds in making a film full of flavour, whether it’s the car-crash couple who were both taking mood drugs on their wedding day, or the lesbians who did it more to say “we’re here” to the world, or the couple who talk about their daughter’s life-threatening disease in such a bright and positive that you want to hug them. Incidentally, none of those interviewed believe in a soul mate. Hollywood take note.

Mark Strong plays a cop who enters people’s minds to find stuff out in this faintly The Others-flavoured Spanish drama (in English, subtitlephobes) that’s typically good on the places and spaces, tending towards the darkly melodramatic, threatening at every turn to turn into a haunted house flick with overtones of a 1940s Freudian regression drama. That it doesn’t is down to the interaction between troubled and useless-in-a-Jim-Rockford-way mindcop Strong and his latest case, played by Taissa Farmiga, who is remarkably good as a young woman who has stopped eating, for reasons to be established. All this good setup is slightly wasted by what plays out, in a film that looks like a pilot for yet another TV series about a psychic cop, in a story that isn’t sure if it’s about him or her – or even both of them together.

Mindscape aka Anna – at Amazon

Arthur & Mike is Bonnie and Clyde without balls. Colin Firth plays the loser dad and penpusher who disappears himself off a beach and drives off to start a new life as a golf pro, with the new name of Arthur Newman (oh my sides). Emily Blunt is the troubled woman he meets en route, who’s also hiding under a new name and on the run from her deranged twin sister, hoping to outrun mental illness. They meet, they fall for each other, they start breaking into the houses of other people where they take polaroids of each other, cavort on the owners’ beds and take on a further level of identity switcheroo by pretending they are the absent people. Firth is good at these defeated, tentative characters, and Blunt has decided to tackle her role by making like Jennifer Lawrence, which isn’t such a great idea because there is already one of those about. Against this we have the twin-track story of Arthur’s estranged son (Sterling Beaumon) and his girlfriend (Anne Heche) back home striking up a relationship too. Someone somewhere probably said “symmetry” and everyone nodded sagely. Nice enough if you like moral certainty and a “be true to yourself” message, though it always looks like actors playing roles rather than real people’s lives.

Let’s just get this out of the way: Transcendence is crap. It needn’t have been, though. Telling the story of a mortally wounded scientist (Johnny Depp) who has his brain uploaded onto a computer, from where he starts to worldwide web himself all over the planet, it posits the idea of a very bright man becoming even brighter as a ghost in a machine, thanks to the number of backlinks (or something) but whose every move seems to be that of a total numbnut. Like advertising where he (ie his server) is when everyone is after his blood, if that’s the right word. But the real problem here is a lack of basic storytelling skill. This is a horror film in which we’re meant to be on the side of the baddies, it seems. And then you realise that, no, we’re meant to be identifying with Rebecca Hall as Depp’s concerned and much more virtuous scientist wife. But her character is so underwritten that there isn’t enough there to provide an emotional hook. So all the other good work the film is doing – taking on the US’s ongoing culture wars, examining the philosophy of human consciousness, mounting some sort of an investigation into the new world the internet has wrought – is for nought. Somewhere there might be a director’s cut that makes something of this big-budget great-looking dystopian mess. But it would need to be about an hour longer to tie everything together, and to give other name actors (Paul Bettany, Cillian Murphy, Morgan Freeman, Kate Mara) time to explain themselves. 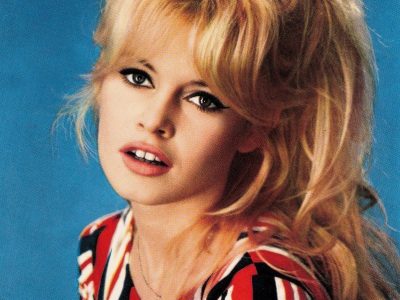 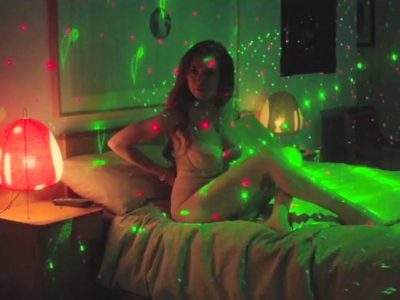 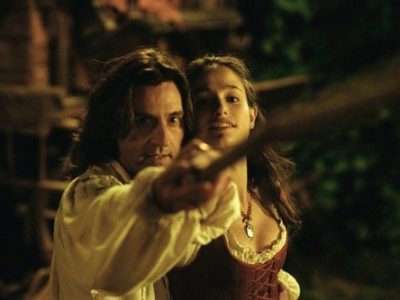