Here’s a strange formless bromance from Mad Men creator Matthew Weiner, a midlife crisis dressed up as a movie and sold winningly by its two stars – Owen Wilson giving off gigawatts of charm as the ladies man TV weatherman and stoner escorting his bipolar toking buddy (a typically whacked out performance by Zach Galifianakis) to his dad’s funeral, where he cops an eyeful of the dead man’s grieving, hot wife (Laura Ramsey). Weiner writes to a TV rhythm, and there’s the strong feeling with Are You Here, as all the characters and backstories start bumping into each other and yet never quite connect, that this feature would be a lot better on the small screen, stretched out over several episodes. There’s also, in its strongly emotional sell of the simple things in life – smelling the air, living a bit more like the Amish (who co-exist in the local neighbourhood) – the feeling that Weiner is telling us more about his own near-burnout situation than his characters’. However, it is charming and frequently funny, in a mournful Woody Allen-ish way.

Are You Here – Watch it/buy it at Amazon

There seems to be London gangster film out on DVD every Christmas. This year’s is a good one, thanks to the two central performances – Doug Allen as the superannuated football hooligan and Harley Sylvester (of the band Rizzle Kicks) as the young punk whose feral doings are upsetting the natural order of things in a scummy corner of London, thus forcing the old Mr Big to make things right. Some critics seemed unhappy that Allen’s character is almost depicted as a King Arthur – returning in glory when he is most needed – but The Guvnors’ ambivalence towards violence is precisely what gives it its power. And you can’t deny that director/writer Gabe Turner never makes kicking the shit out of someone, or razoring them, look attractive, especially when meted out by Sylvester, who is excellent as a nasty little shit. Turner also carefully builds his drama, borrowing themes from the Ancient Greeks – to say more would be spoilerish – that will provoke chuckles, or groans, or admiration, or all three. Yes, a very tidy film – nicely packaged with an angry ambient/British hip hop soundtrack, and with a couple of other performances (David Essex, Charlie Palmer Rothwell) that lift it above the run too.

The Guvnors – Watch it/buy it at Amazon

The spirit of John Waters hovers over this slice of bouncy cheesecake trash, which stars the frighteningly sensual Paz de la Huerta as an unfeasibly hot nurse who is taking bloody revenge on scumbag males wherever she finds them. It’s a refreshing throwback to 1970s sexploitation which insists that it’s about women getting payback for the relentless objectification of their bodies while relentlessly objectifying their bodies. So, fine ladies in short skirts, a deadpan voiceover, a soundtrack of twangy guitar, breathy vocals and mariachi horns, some unnecessary lesbianism, delivered in the deliberately bad style that’s a great smokescreen for genuine crapness. But the TV cast and crew, the obvious sets and the library music is frosted with something urgent and demented and, if you can pretend you’ve never seen anything like this before, it’s actually quite a lot of fun. And in 3D too.

Nurse – Watch it/buy it at Amazon

There’s a disturbing Australian horror film called The Tunnel, set in the tunnels beneath Sydney. And from the claustrophobic feel of As Above, So Below, director John Eric Dowdle has almost certainly seen it. To shake things up a bit he adds a waft of The Da Vinci Code to the basic Blair Witch formula of handheld pov. And for about two thirds of the film, which follows an Anglo-French gaggle of good looking young people into bone-strewn Paris catacombs in search of the Philosopher’s Stone, Dowdle succeeds. But after a while the inventiveness – odd, almost surreal plot developments, that wouldn’t be out of keeping in an episode of the 1960s TV series The Avengers – starts to flag and a “one damn thing after another” feeling sets in. Incident and drama are not the same thing. However, Dowdle is an efficient genre director (see Quarantine and Devil for other decent low-budget shockers directed by him) and he’s aided here by Perdita Weeks as a feisty lead in the Indiana Jones mould and a sound design that keeps things urgent and visceral.

As Above, So Below – Watch it/buy it at Amazon

“If there’s one thing in this world I hate, it’s a double-crossing dame.” Ernest Hemingway’s original story is strongarmed into a classic noir, now spectacularly restored so the most important thing about it – its stunning cinematography – can be admired properly. Burt Lancaster fans will object that, since this is his first film, it’s notable for that reason too. And the Ava Gardner lobby will doubtless say the same, since this is her first big role in an A movie, and very dangerous she looks too. But it really is Elwood “Woody” Bredell’s brilliantly composed and lit images that should have you seeking this out: Robert Siodmak’s direction is fine if a bit slow here and there; the plot (a heist banjaxed by Lancaster’s infatuation for boss’s moll Gardner) is standard-issue. Perhaps that verdict is a little unfair on Miklos Rozsa, whose score is all adenoidal dragnet fanfares, and Anthony Veiller’s script (with a bit of help by John Huston and Richard Brooks) which hits the occasional noir bullseye. This, after all, is the film that also gave us the ultimate femme fatale line, “I’m poison… to myself and everybody round me!” No prize for guessing who uttered it.

The Killers – Watch it/buy it at Amazon

Scandinavian noir peaked as a phenomenon probably a couple of years ago with the US remake of The Girl with the Dragon Tattoo – the two follow-up films in the trilogy are painfully late, notice. Non-Scandinavian fans of the genre are now familiar with the murk, the muted colour palette and the slow-dissolve title sequences, and they’ve got over the initial shock of seeing a society that is clearly richer and fairer than their own – maybe the Scandi-noir thing was fuelled in part by a gloating over the fact that even in such a clean society, things can go wrong. Be that as it may, director Mikkel Nørgaard, of  TV series Borgen, elicits all the old familiar feelings in a well paced story of a woman who is abducted by a madman, leaving her mentally traumatised brother behind as the lone witness to what happened while a pair of low-status cops from the cold-case unit try to do what they can. What develops from this is a very well constructed though achingly familiar race against time, with Nikolaj Lie Kaas (of The Killing aka Forbrydelsen) and Fares Fares making a neat chalk-and-cheese cop duo, the former saddled with the “troubled taciturn cop” role, leaving Fares to be quietly impressive, which he always is. If it looks like the pilot to a series, that’s because it is – two more have already been made as I write. And if it’s half the success of UK TV’s cold-case series, New Tricks, then it’ll run for years.

The Keeper of Lost Causes – Watch it/buy it at Amazon

God’s Pocket is a neighbourhood, one of those Scorsese places full of mini-wiseguys, drunks, dupe women, and some schmuck who runs into trouble. Except there are two schmucks here – the punk son (Caleb Landry Jones) with a wild eye, a loose mouth and a razor he likes to flash about, and the father (Philip Seymour Hoffman), a butcher who trades in knockoff meat and has the sort of resigned slouch of the gambler used to losing. Director John Slattery has filled this film with great talent – Christina Hendricks as the wife, Richard Jenkins as a local journalist, Eddie Marsan as the local undertaker, John Turturro, for god’s sake. Not to mention Landry Jones – who dies early (the film opens with a shot of him dead, so this is no spoiler) but whose punk nastiness can almost be felt, and whose death is the mainspring that brings Jenkins into contact with Hendricks, Marsan with Seymour Hoffman, and all sorts of unsavoury peripheral gangsters with everyone else. If there’s a problem with this in many ways highly enjoyable film it’s the way it refuses to own up to being part of the Scorsese universe and insists on little digressions into black comedy and whack romance. These don’t suit the overall downbeat tone at all. However, watch it for Hoffman, in one of his last roles, though in fact the acting generally and the sense of place – Hopelessville USA – is what you’ll probably come away impressed with. 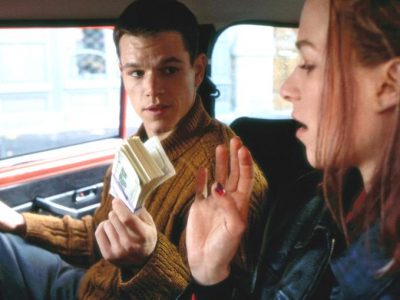 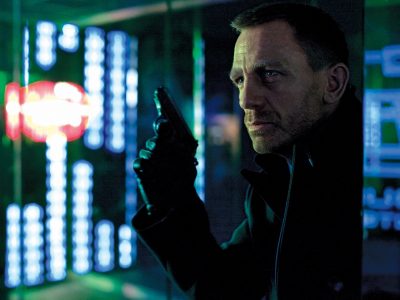 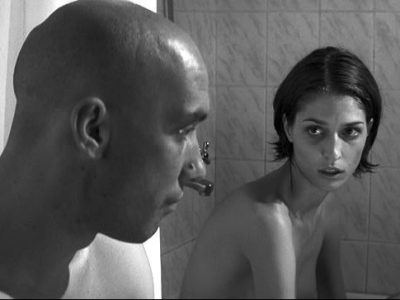