After the wobble of Red State, Kevin Smith seems to have got his midlife crisis out of the way and now roars back to form with a brilliant, and brilliantly discomfiting, grotesque comedy that sees shock podcaster Justin Long surgically turned into a human walrus by mad Michael Parks. The fact that Long has it coming is signified by his douchebag cheating on his superhot girlfriend, played by superhot Genesis Rodriguez, but nothing can really prepare us for the sense of pathos that Long conjures when he cries big walrus tears from out of his big brown eyes on realising his old human form has been irrevocably altered. It’s a heartbreaking film, absolutely fucking ridiculous and gruesome as hell all at the same time, and it’s only over the end credits that we hear the podcast (Smodcast) which sparked it all off, as Smith and fellow podcaster Scott Mosier goad each other with “top this” high concepts for the film. They are both crying with laughter.

Tusk – Watch it/buy it at Amazon

Alan Ayckbourn’s farces typically feature middle aged, middle class married people getting themselves into emotional pickles. Very British. The great (and now late, this being his last film) Alain Resnais, having seen Life of Riley in Scarborough, where most of Ayckbourn’s plays have debuted, realised that, with little more than a translation, an Ayckbourn would work very nicely as the basis for the sort of witty sophisticated film that the French seem to be able to knock off effortlessly. And as if to prove the point, Resnais leaves a lot of theatricality intact in his production – actors walk through curtains, scene changes are flagged with sketches of different locales, backdrops are often painted. The actors (Sabine Azéma, Caroline Sihol and Sandrine Kiberlain are the women, Hippolyte Girardot, Michel Vuillermoz, André Dusollier the men) are no less theatrical, since they’re all playing bourgeois Brits who intersperse their gossiping about each other with rehearsals for an am-dram production, that’s when they’re not speculating on the latest amorous adventure of the terminally ill Riley, who has clearly had all three women in his time. And the women all want him to have them again before he shuffles off. It’s a sweet film, though the theatricality of the whole thing is a double bluff – this really is a stage play banged up onto the screen, and there’s far less of that intensely layered, disruptive, drama-versus-reality meta approach you’d expect if you’d recently seen Resnais’s previous film, You Ain’t Seen Nothin’ Yet. But it is there, beneath the Yorkshire stone and the pints of flat warm beer. A slight, sweet farewell.

Life of Riley – Watch it/buy it at Amazon

Big Hero 6 is a Disney animated reworking of a little known Japanese-flavoured Marvel property. Disney have taken some liberties with the characters, hurting the professionally outraged by ditching the Japanese accents of the film’s human characters – Hiro, the bot-fighting kid with no interest in studying, until he discovers that his older college-going brother is part of some ubercool clique of savants who design and build bleeding-edge tech. Among which is Baymax, a big white marshmallow-y medical bot designed to heal, protect and serve. A National Health Service in android form, who can be persuaded to fight, if asked nicely. And once a dastardly villain arrives on the scene, riding a wave of endlessly reformable nanobots, off they go, Hiro, the dread dude, the skater geek, the hot girl, and so on, on a perky adventure. It’s a strangely uncharming film, with a Transformers-like insistence on movement and incident, humour that falls flat, earnest statements, calls to arms. The animation is sensational, though, and individual scenes are brilliantly done. But there’s little to hold the attention, no sense of threat, and the characters, even Hiro, are barely there at all. Without Baymax, a Gromit-like silent fount of wry wisdom, it would be unbearable.

With films like Narc, Smokin’ Aces and The A Team on the resume, Joe Carnahan’s oeuvre (I’m sure he’d laugh at the use of the word) can look like the work of a man who went out on a lot of heady cocaine-blizzard nights in the 1990s, and never quite came back. This latest in the same vein is a “night from hell” affair for Patrick Wilson, ideally cast for once, as a bit of a chump and acting wannabe who makes ends meet by driving a stretch limo. To Wilson driving all over town, Carnahan adds an unnecessary voiceover, a redundant dead limo-driver buddy offering advice, a couple of fairly pointless deadbeat Russians, a distracting eccentric billionaire (uncredited Chris Pine overacting exuberantly), an irrelevant undercover cop team, a superfluous white homeboy and his bitches, and so on, a sticky tower of chaos, the filmic equivalent of a knickerbocker glory, with extra nuts and sauce and a flake stuck on the top. If life is what happens while you’re making other plans, Carnahan’s film is a case of same/same. There’s no big plot – something about one limo company stealing clients from another – just a series of unlovable, unlikely and improbable people piling on top of each other and having schlocky conversations. It’s Smokin’ Aces in the back of a car, pretty much. Most of the major food groups are missing. It’s great fun. Juliette Binoche is not in it.

Stretch – Watch it/buy it at Amazon

It’s taken five years for this Hong Kong shocker about a meek call centre miss murdering her way towards her preferred apartment – one with a harbour view – to arrive in this country. Maybe London’s overheated property market has prompted its arrival. The film itself doesn’t actually say much about property, though it’s keen to lay the blame for displaced people and the general anxiety about accommodation at the door of capitalism, and the film’s temporal setting, between the handover of Hong Kong to the Chinese in 1997 and the economic crash of 2007, reinforces that. But mostly it’s keen to show us gory stuff, the whole thing kicking off nicely with our heroine (Josie Ho) popping a plastic bag over a sleeping man’s head, then securing it with a zip tie, the camera going in close as he tries to cut the thing off with a badly wielded craft knife. Oh dear, blood everywhere. Later on we have a man stabbed in the neck with a broken bong, and a woman with a jagged plank of wood rammed right through her open mouth and into her brain cavity. I think it was the brain cavity, but to be quite honest when a barely dressed woman is staggering about with about four foot of wood sticking straight out of her gaping maw, you don’t always take everything in. Enough detail. You get the point. This isn’t a great film in terms of plot – too much backstory about this poor murderous woman being turned to the dark side by her family’s mistreatment by rapacious property speculators. As if we need to understand the exact motivation of a mad death-dealer in a slasher movie. But, I will say this, director Pang Ho-Cheung knows how to choreograph gore, understands that small trigger points are as squirm-inducing as showpiece stuntorama (the slicing of the webby membrane that separates thumb from forefinger, for instance), and has a keen appreciation for gruesome sounds. There are awful bloody gurgles that will keep a lot of people awake at night.

The trailer makes it look great – a light-fingered street kid taken in hand by a suave gent, played by Colin Firth, a member of a secret spy organisation headed by a guy called Arthur, everyone else being named after a knight of the Round Table. Michael Caine, Mark Strong and Samuel L Jackson stoke up the anticipation too, as does Mark Hamill’s amusing turn early on as a bumbling old professor, about as far from Luke Skywalker as it’s possible to get. And for vintage gents like me, Firth’s use of a brolly as a weapon, and the use of Savile Row, St James’s and so on all lend a certain John Steed of The Avengers flavour (British 1960s Avengers) which is all rather jolly. And Matthew Vaughan directs, Jane Goldman writes – and they’ve had their moments, Kick-Ass, notably. But The Kingsman just isn’t good enough in pretty much every department – it’s underwritten and has an idiot plot, the music takes us places we’ve already arrived, the hero (Taron Egerton) is bland and irritating and his street gear is mysteriously 1990s. And it just hasn’t had enough money spent where it matters – even the wood panelling in the Savile Row tailors looks like a paint effect. Samuel L, again dressed in outlandish clothes, does another of his mad villain turns, as the megalomaniac handing out a sim card free to everyone in the world, a sim card that will, at the pull of this lever, render them all… end of sentence lost in the sound of mad cackling and moustache rustling. You can take issue with its underlying worldview – that it’s so much better to be posh than not – but that would be to dignify a film that isn’t worth spending any real time on, one that can’t decide whether it’s James Bond or Austin Powers.

Kingsman: The Secret Service – Watch it/buy it at Amazon 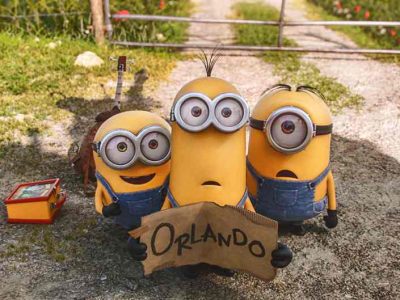 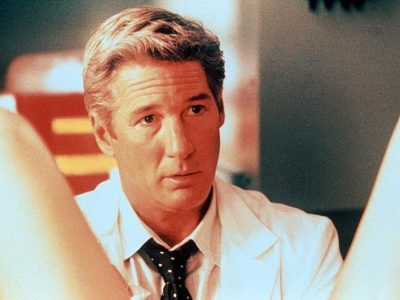 Dr T and the Women 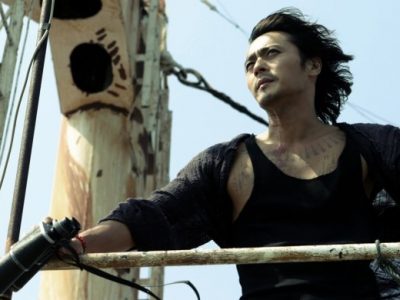