Though there are pretenders, Liam Neeson is the king of the geri-action stars, a modern Charles Bronson whose attitude to violence is, to paraphrase the mild-mannered Dr Banner, “You wouldn’t like me when I’m angry.” This time Neeson starts out angry and hungover, then becomes increasingly vexed at 35,000ft, playing an air marshal no one will listen to, in spite of the fact that there’s a crazy man on board who wants to blow up the plane unless a large amount of money… etc … etc. Other big names include Julianne Moore, Dowton Abbey‘s Michelle Dockery, Scoot McNairy and 12 Years a Slave‘s Lupita Nyong’o, but none of them really make much of a dent in Neeson’s usual mega-intensity. It is all highly reminiscent of the Jody Foster film Flightplan, or the Rachel McAdams vehicle Red Eye. Both of those were effective pressure cooker thrillers and so is Non-Stop. And if it takes all the clichés we’ve come to expect in the 9/11 world – good air marshals, bad Muslims, brave fighting men – and subjects them to a rude inversion, then all the better.

13 Sins is a Twilight Zone tale done to feature length, a high-concept story with an improbability you have to swallow at the beginning or it just doesn’t work at all. The swallowing bit comes just after we’ve met the film’s “hero” (Mark Webber), a guy whose lack of cash has made him desperate enough to accept the challenge to complete 13 tasks, each one gnarlier than the one before. But, and get this, once he’s accepted the first challenge, he will be killed unless he completes all 13. Would you sign up for this? Would anyone? This gigantic bolus of unlikelihood consumed, we’re off on an enjoyable ride, following our guy as he first eats a fly (easy), makes a child cry (nasty), takes a corpse out for coffee (effective and amusing), and onwards and downwards they go. Meanwhile, dragging along about three blocks behind the action is a cop (Ron Perlman) trying to make head or tail of a series of increasingly unpleasant and mindless crimes. No more plot, I’ll just say that the film actually comes into its own as it enters the home straight, when director Daniel Stamm and co-writer David Birke really start to get busy with the twists. Which are well worth hanging on for.

I believe Kevin Hart is popular. If so, Ride Along doesn’t explain why. Sure he’s a lively and clearly intelligent man working a comedy shtick borrowed from Chris Tucker, a squeaky-voiced, eye-rolling, physical routine that goes back to the minstrel shows of old. And mark me down as a big fan of Ice Cube’s Hollywood career – his Friday films, the Barbershop movies, his “suck a dick” scene-stealing in 21 Jump Street. But I’m mystified by the success of Ride Along, an update of the Jerry Lewis/Dean Martin act, with Hart as the cowardly shrimp cop wannabe riding along for the day in badass detective Ice Cube’s car. Is disdain the flavour of part one? It is. Is grudging respect the flavour of part two? Yes, also. Is it funny? Sadly, it is not. Even with Laurence Fishburne playing a very bad Mr Big.

Ride Along – at Amazon

They came from outer space, the UFOs. Whereas the documentary Mirage Men often feels like it’s coming from several directions at the same time. At its best, which is for most of it, it’s telling the story of UFO-spotting in the USA, and it gives us a bit of historical background – in 1952 the government decided to “keep an eye” on these UFO nuts, not least because they were always snooping around airforce bases, inadvertently providing great cover for Russkie spies. And then it gives us the main course, in the shape of Richard Doty, a government wonk who has spent decades feeding any old shit into the UFOlogist machine. As Doty, who features heavily, admits, some of these ingredients, to make him plausible, are true, but most of what he’s been shovelling in is just nonsense. Which is which though? Here’s where the film slightly gets its pants in a tangle. We meet Linda Moulton Howe, a seriously aerated film-maker who claims that this misinformation is part of a double bluff, and that we have indeed been visited by aliens. It would have been nice if Mirage Men had been able to stand back a bit, get some facts in order, get a timeline established, and find a few talking heads who weren’t too close to the material. It doesn’t, and ultimately this weakens it, making it another billow in the misinformation smokescreen rather than the wind of reason blowing it away. Flawed though it is, it’s still fascinating, even though, god knows, it might have been funded by the CIA.

So it comes to this: that Reason (capital R) is now under such pressure – from creationist Christians, fundamental Islamists, and the full panoply of ultra-conservative religious groupings everywhere – that two famous scientists, biologist Richard Dawkins and physicist Lawrence Krauss feel the need to tour the globe in the defence of the fruits of the Enlightenment (capital E). Gus Holwerda’s documentary follows them, as they preach to the converted and evangelise to the non-believers. Kicking off with an array of famous-name talking heads, who all testify to the importance of Dawkins and Krauss’s message – Cameron Diaz, Ricky Gervais, Werner Herzog and Woody Allen all step up, fairly pointlessly – the doc then settles down to a rhythm of following the men onto the stage, Krauss funkier in his purple Converses, Dawkins the more combative, prickly, less inclined to take prisoners, and into the wearying round of faceless hotel rooms, radio interviews, TV studios and so on. There are some lovely moments – Dawkins discovering that the Royal Society, an Enlightenment organisation par excellence, has a patron saint and that it’s Saint Andrew. “Why not Doubting Thomas,” he twinkles, hugely pleased with the speed of his own wit. Krauss is the emollient one of the two, the one you’d rather have a beer with, though he’s equally vehement that “the legacy of civilisation is under attack.” And that’s why, in spite of the “we’re not worthy” rock-fan approach that Holwerda takes, and the fact that there simply isn’t enough of the two men at full throttle in public debate, this documentary is worth watching.

The Unbelievers – at Amazon

The Guillotines is a Robin Hood story from China, inhabiting that mythical sword-heavy past of 95 per cent of Chinese films these days, and focusing, bizarrely, on the bad guys. It actually takes quite a while for it to sink in, in fact, that The Guillotines, a crack squad of assassins with neat circular flying blades that decapitate a foe with ease, are the bad guys. Until Wolf enters, dressed in white, fair of face, Huang Xiaoming surely heading for Hollywood at some point. Like Huang, the film is handsomely made, it’s also beautifully lit, features an abundance of fine period detail and fiendish pre-gunpowder bits of steampunk weaponry. But this undoubtedly good story is entirely ruined by a director who simply can’t get his geography straight, turns every scene, every movement in fact, into a chaotic jumble of indistinguishable cause and effect. Even allowing for the Chinese style – faster in the edit, less concerned with hand-holding us from one scene to the next – The Guillotines simply doesn’t make the cut. Ha!

The Guillotines – at Amazon 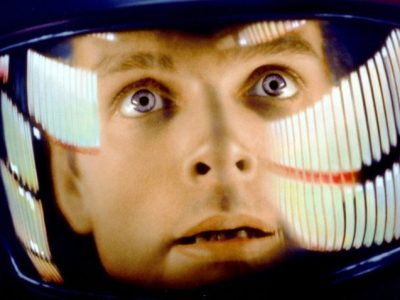 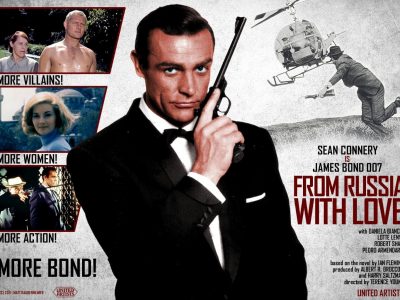 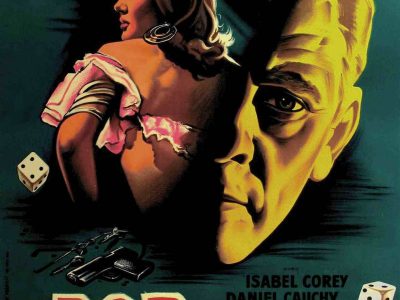