Vaguely marketed as a lesbian drama, this is in fact an instant classic of the twisted coming-of-age genre, a superbly taut story of a teenager called Emma (Mathilda Paradeiser) who meets a similarly blonde, similarly athletic girl (Linda Molin) while learning equestrian vaulting. Meanwhile, at home, Emma’s five-year-old sister is making her first advances into the world of sexual strategy. Friendship and rivalry, sex and power duke it out for supremacy in this superbly photographed, coolly understated Swedish drama recalling Let the Right One In in look, tone, ambition and effect. A gripper.

She Monkeys – at Amazon

Ken Loach’s hymn to the founding moment of the UK’s welfare state at the end of the Second World War. It’s a mix of documentary footage from the miserable 1930s, through the years of nationalisation, on to the privatisation initiatives of the 1980s, then on again to the present day, plus talking-head testimony from people who were there. What with the recent death of Margaret Thatcher, architect of the financial world we currently inhabit, it couldn’t be more timely. Loach delineates well the status quo ante of the 1930s – children in poor families sharing their bed with their siblings and vermin – and catches well the optimism of 1945. He then gives us the emotional case for socialism. The problem being that one of the key arguments against socialism is that it is too emotional and doesn’t deal with the world as is. If there is a hard-headed case for socialism, Loach doesn’t seem to want to make it. The result is woolly reminiscence and passionate assertion. There is the odd talking head who has facts at hand – for example that the NHS used to spend about 6% of its budget on administration; since the beginnings of the current privatisation-by-stealth process that figure has more than doubled. This documentary needs more facts like that.

After In Bruges, writer/director Martin McDonagh goes for another trashy, pulpy, loquacious comedy of fuck-uppery and throws Colin Farrell, Sam Rockwell and Christopher Walken together as a trio of numbnuts on the road to a big shootout ending out in the desert somewhere, as is prescribed in the B-movie Homage Handbook. McDonagh has over-reached himself here, imagining he can take on Charlie Kaufman in mind-melding meta-referential plotting and Quentin Tarantino in dudeish dialogue. That’s not to say there isn’t a lot to like – it is a very funny film, with Christopher Walken (playing a cravat-wearing dog-kidnapper) getting the best of it, Rockwell running him close and Farrell intensely likeable as the sanest of the three of them, an alcoholic writer, loser and chancer of the first water.

Mean Girls meets Glee in the sort of film Lindsay Lohan used to make before her breasts started running her life. Instead we have nice, sweet Anna Kendrick as the new member of a university a cappella outfit whose novel ideas for the group keep getting blocked by queen bee Aubrey (Anna Camp). Pitch Perfect is probably aimed at the demographic most in touch with their inner bulimic and the rest of us are probably going to get fixated on the fact that everyone in it is about ten years too old, that there are unresolved plot strands all over the place and that none of the romantic stuff has any resonance. Does it matter? Not really. The singing is genuinely brilliant, there are some great one-liners and also some very funny performances, Rebel Wilson, doing a Melissa McCarthy nasty fat girl thing being a standout.

The Coen brothers’ first film could also be their best, a violent, funny, brilliantly plotted story of love, death and double-cross held together by M Emmet Walsh’s seedy sweaty detective. Some of the camera angles – ground-level shots of walking feet mostly – remind us of the visual trickery that was one of the beguiling hallmarks of the Coens in the early days. Some of the dialogue also suggests a worrying future development – characters that simply won’t shut up (see The Ladykillers, Gambit). But you can’t fault the Coens’ style, their storytelling technique or their commitment to cinema – in Blood Simple the pictures really do tell the story.

Jeremy Piven and Elizabeth McGovern’s names are on the DVD box but it’s Thomas Dekker, of Heroes fame, who is actually the star of this film. He plays the dad who leaves his three-year-old child in the car unattended for ten minutes. Child somehow gets out, wanders off in the snow and dies. That’s the first 15 minutes of the film dealt with. What comes next is akin to being lifted out of a film and dropped into the middle of a particularly torrid TV soap – characters (including Piven and McGovern) pop up all over the place, they all have issues, they’re all prone to speaking their mind rather more than happens out in the real world. Abandoned spins these many many characters and their stories together well, though the initial business about the death of the child does seem to get lost somewhere on the way. Dekker, still looking like he’s wearing eye-liner though he isn’t, is obviously trying to broaden his range. Good luck, Thomas.

Abandoned (aka Angel’s Crest) – at Amazon 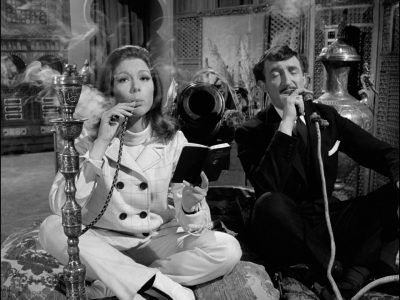 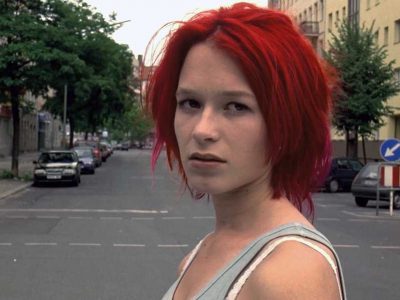 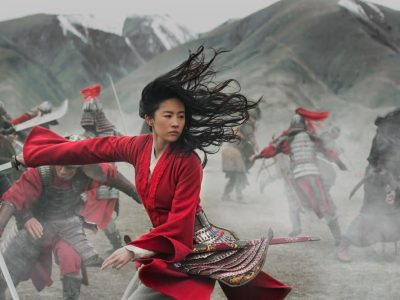