The X-Men series has been lacklustre, with too many characters chasing too little plot (X-Men First Class being the exception). But The Wolverine bucks that trend thanks to its tight focus on Hugh Jackman as the wolfman with the salon-sational nails and its decision to just chuck us straight into the plot, just like the comic books do. Japan is the focus, a grungy dirty Japan, where bearded, trashed Wolverine is just trying to forget all that superhero stuff and get on with a normal life. But, as is the way with these things, his past comes back to get him, in the form of a Japanese prison guard he rescued from atomic annihilation at the end of the Second World War, a man who wants what the Wolverine has. What this leads to is what the film is about, so I’ll go no further. What I will say is that James Mangold was a great choice to direct, a man who understands that it’s human drama not superhuman leaping about that makes the best superhero films tick. Though that doesn’t mean he doesn’t understand the power of good visuals. Enter ninjas, Ron Perlman in wisecracking badass mode and a mighty scene in which a man operates on his own heart.

The Wolverine – at Amazon

Proof that Turkey is one of the hotspots of film-making right now, this film by director Reis Çelik is a one-room drama with a very playwrighty feel to it. The subject matter and the acting are what save it. In the room we have a gnarly old lag just out of prison and an impossibly young girl, his new bride (Dilan Aksüt). She’s maybe 14. The marriage has been arranged for him as a kind of thank you for taking the rap for a long-ago crime. We then watch as they dance around each other, the old man and the girl, for an entire night of what looks very much like Scheherazadian climax deferral – he proposes, she disposes, the pattern repeats itself. As said, the acting is gorgeous, particularly the way Ilyas Salman’s face suggests the thousand-and-one disappointments of the old guy, and the camera dances about trying to put some movement into a situation that’s physically static though psychically frenzied. And, considering it’s dealing with a Muslim country, and marriage at its most unequally “arranged”, the fact that the film doesn’t wander into newspaper “social issue” territory is a real plus too.

Night of Silence – at Amazon

Nativity 2: Danger in the Manger (E One, cert U, Blu-ray/DVD)

When Martin Freeman starred in the first Nativity film, who would have thought he’d be too big to turn up in the sequel. But when Bilbo calls… So here’s David Tennant as a replacement in what, plotwise, is a fairly standard re-run of Nativity 1 – our underdog schoolkids don’t stand a chance in a choir competition they are entered in but they set off to take part anyway. The surprise of Nativity 1 was twofold – that it was funny, and that its undoubted star, Marc Wootton, playing an almost frighteningly over-involved teaching assistant, wasn’t the titular star. Wootton has more to do this time around, playing the unhinged funny guy to Tennant’s extremely straight guy as they take the kids across Wales (by bus, foot and donkey – spot the nativity play reference) to the eventual showdown at the singing competition. Tennant plays two roles, for reasons which probably seemed fun at the time, the jokes are still funny and the kids, who are improvising (as are the adults, I think – Tennant almost corpses a couple of times) are adorable. But the film is a good half hour too long, the culprit being the songs, which are terrible. A day in the edit studio and this is a really good film.

Nativity 2: Danger in the Manger – at Amazon

Uncle Walt was still alive when Mary Poppins was made. Watching it again for the 50th anniversary edition I was struck by how carefully Disney in those days set everything up. Mary herself doesn’t arrive for a while. By then we’ve already met Burt the chimney sweep and the kids, a gruff local copper, Mr and Mrs Banks – him a stuffed shirt, her a suffragette – the housekeeper, the retired sea captain down the road who fires the big gun, his whipping boy, the exiting ex-nanny, a line of prospective new nannies, various ladies who enjoy watching Burt play and lark about. We’ve met a lot of people. We’ve also had a few songs. No film these days would hang about so long before introducing its main character, its real plot. But then films in those days were made for captive audiences who had paid to see a film, had heard from others that it was good, and weren’t likely to bolt just because a titular character hadn’t arrived in scene one. Springboarding off this slow start, Mary Poppins bounces into its key central sequence, the Jolly Holiday with Mary inside the chalk drawing, and then goes just a tiny bit flat towards the end in comparison. Mary Poppins doesn’t finish on a big number, which is probably the only negative thing you can say about it, and what we’ve had before then has been “practically perfect in every way” – Julie Andrews typecasting herself for ever as a prim proper thing, Dick Van Dyke the epitome of gangly charm as Burt the chimney sweep. As for the “50th anniversary edition” aspect, the Blu-ray I watched didn’t look significantly different from how I remember Mary Poppins, didn’t seem unduly sharp, bright, cleaned up or anything.

Right at the end of this inept film about screenwriter and occasional director John Milius it gives us the information that should have been at the beginning – the “who is this man and why should I watch this documentary” bit. For those who don’t know, Milius was considered the brightest of the bunch that included Scorsese, Spielberg, De Palma, Coppola, Lucas. And most of them line up, along with Harrison Ford, Clint Eastwood, to heap praise on the man who wrote the “feel lucky, punk” scene from Dirty Harry, the Indianapolis scene from Jaws, who wrote Apocalypse Now. OK, so one entire movie – a classic, granted – and some rewrites, a couple of so-so movies he directed himself, that’s not a huge body of work in 40 years. Milius himself turns up to explain this, claiming that Hollywood is a left-wing town and that there is no room for right-wingers such as himself (he loves a gun, a cigar and favours the Rhodesian ridgeback breed of dog, cuddly old John). That’s right, Hollywood is a left-wing town – though in what sort of world patriotism, smalltown values, looking out for yourself, pursuing the American dream and militarism constitute a left-wing worldview, I really don’t know. And all those Noam Chomsky films, the ones about redistribution of wealth that seem to be clogging the multiplexes, it’s hard to get a film about guns, or killing people, made these days. Anyhow, back to Milius who, it seems, has been working on a film about Genghis Khan. Yes, he’s working on a film, everybody, at which point the penny really drops. This isn’t a biography, it’s an advert.

What the hell has happened to Pixar? Its downward drift continues with this prequel to Monster’s Inc. which reunites the voice talent (Billy Crystal, John Goodman) but not, crucially, the creative team. And as you can guess from the title, it’s about Mike and Sulley meeting at the Monsters University, where they’re both outcasts who have to fight to show what they’re made of. And so on. Perhaps I’m being too harsh – the animation on this film is superb, it really is, with gorgeous detail, backgrounds and foregrounds really beautifully working together. There’s even a bit of expressionism – Pixar doesn’t usually go in for this sort of thing – in a sequence reminiscent of 1940s-style cop dramas, all torchbeams in the darkness. What Monsters University doesn’t have is laughs. It’s zippy, I’ll give it that, and for seven year olds it’s going to function just fine as a wacky adventure. But the crossover appeal just isn’t there, in spite of Goodman and Crystal bouncing off each other brilliantly, as they did in Monsters Inc., and Helen Mirren providing the voice of the testy Dean Hardscrabble. Maybe there was no intention all along of appealing to adults. In which case I’ll shut up.

Ooh yuk, this is a grim film, an indie-ish Raymond Carver-like drama of middle-class inadequacy which has Greg Kinnear and Jennifer Connelly as divorced parents, Lily Collins as the up-and-coming young writer daughter, Logan Lerman as the geeky kid who’s really into her though she’s just not into him. Stuck in Love is a refugee of the indie films of the noughties, lacking only the hand-drawn graphic interludes to score the full monty. Josh Boone directs competently but you can’t say the same about his writing, which is one draft away from skeletal note-taking exposition. The characters, in other words, are as dull as shit. And when they’re not being dull they’re the sort of odious self-regard specialists you’d run a mile from in real life. And the actors all know it. So they compensate with earnest over-acting. Yuk.

Stuck in Love – at Amazon 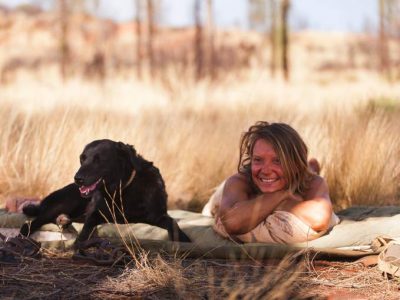 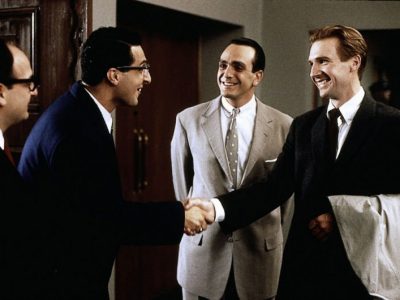 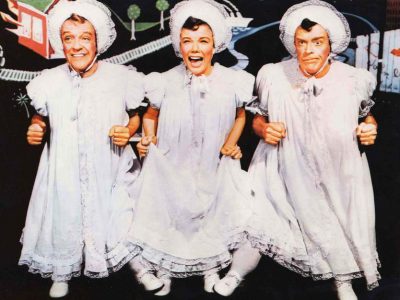