Review: We Have a Pope

On this day in 1962, Pope John XXIII formally opened the Second Vatican Council. The first Vatican Council had been held nearly 100 years before, the most remembered of its declarations being that the Pope was infallible, when speaking ex cathedra. But back, or forward, to the Second, its aim being, broadly, to work out what the hell to do with the 20th century. The solution was to modernise. Out went the insistence that the Catholic church was the only way to sanctification and truth. Out went the Latin mass. In came a renewed emphasis on Scripture. In came a more pastoral role for bishops. It also, more incidentally, ended the Catholic idea that Jews individually were somehow still responsible for the death of Jesus Christ. The Second Vatican Council has rankled with some conservatives ever since, causing some ardent “antis” to break away, usually on the matter of the Latin mass. Four subsequent popes were present at the Second Vatican Council – the future Pope Paul VI, John Paul I and II, and Pope Benedict XVI.

“Habemus Papam” (We have a pope) – the two word announcement traditionally made by a senior cardinal on the balcony of the Vatican when a pope is elected – starts off Nanni Moretti’s gentle and unexpectedly generous comedy about the papacy. There are no stories of child abuse here. Instead we get a genuinely charming story about a cardinal (a brilliantly humane Michel Piccoli) elected pope against his wishes, who then goes into a grand funk at the thought of all that responsibility. A shrink (Moretti) is hastily sent for, and after much fun has been had at the expense of Vatican protocol, and its members’ disinclination to believe that the unconscious and the soul could co-habit, the shrink has achieved very little indeed. So the pope does a bunk and goes walkabout in the streets of Rome, looking for a sign from God in the actions of the people he observes. Meanwhile, back at the Vatican, the shrink is organising the cardinals into teams for games of volleyball. Much more fun is had, this time at the sight of old clerics getting highly competitive. Habemus Papam is a comedy but it’s a film with a serious intent. In a veiled way it’s about the dilemmas facing Pope Benedict XVI – how does an old man go about wrestling with an organisation that needs to change? And more generally it’s about the way human beings get twisted into odd shapes by the structures they inhabit, and how they respond by acting the part they think they’re mean to play – “acting” turns up again and again as an idea in the film, most notably when the pope sits in on the rehearsals of a play while he’s out on walkabout. Intelligent, dramatic and funny, this film got a cooler reception than it warranted partly because it completely ignores the scandals rocking the church, partly because it presents the church as a strange (rather than laughable or corrupt) and therefore usefully countercultural organisation, partly because without changing hardly a thing the film could have been made 40 years ago. It’s a fascinating film, probably the best one there is about the papacy, and its ending (no spoilers here) also turned out to be oddly prophetic.

We Have a Pope aka Habemus Papam – at Amazon 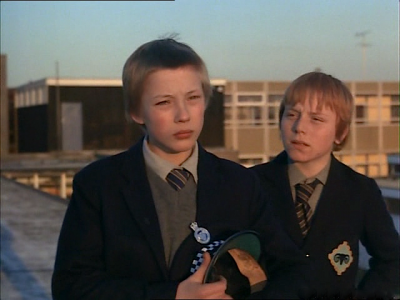 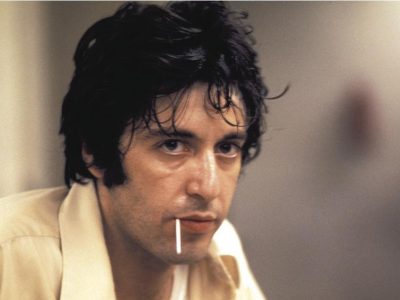