On this day in 1987, US president Ronald Reagan made a speech at the Brandenburg Gate in Berlin, where the Berlin Wall erected in 1961 by the Soviets bisected the city, making the Wall and Berlin the symbol of the Cold War. The speech was made in honour of Berlin’s 750th anniversary and in a climate of increasing openness and freedom in the Soviet-controlled Eastern Bloc. The speech has a famous peroration “General Secretary Gorbachev, if you seek peace, if you seek prosperity for the Soviet Union and eastern Europe, if you seek liberalization, come here to this gate. Mr Gorbachev, open this gate. Mr Gorbachev, tear down this wall!” It was aimed partly at the leader of the Soviet Union, mostly at the world’s media and was a rhythmic and political echo of President Kennedy’s “Ich bin ein Berliner” speech made in 1963 just after the Berlin Wall had gone up. The line was either written by speechwriter Peter Robinson, and approved by Reagan in the face of opposition by his White House staff (according to Robinson), or it was added by Reagan himself to Robinson’s speech (according to Reagan’s chief speechwriter, Anthony R Dolan). Either way, just over two years later, the Wall was torn down, by people from East Germany rather than Mr Gorbachev.

A mother (Katrin Sass) in East Berlin in the days before the Wall comes down, sees her son Alex (Daniel Brühl) being beaten on TV by the police. The shock provokes some embolism, aneurysm, something, and she falls into a deep coma. While she’s out of the game, the Wall comes down, Communism ends, East Berlin is reunited with the West. Then, wonder of wonders, she recovers, though the doctors warn Alex that the slightest shock could kill her. And so begins a farce, in which the son tries make as if it’s still business as usual for the old regime, of which she was a fanatical supporter. As the old East Berlin is flooded with shiny new products from the capitalist West, Alex is forced into increasingly desperate corners trying to find the drab old stuff that his mother recognises, going dumpster diving to find discarded products, old East-bloc tat. And, a touch of luck this, Alex works selling satellite systems, so has access to the technology to make his own bogus, Communist-style news broadcasts, which he feeds directly to his mother at home.

Eventually, after increasingly frantic running around, of course the mother confronts the son with something he can’t explain – and then, as in all farces, we watch as the bait squirms on the hook. It’s the abundant adverts for Coca Cola, in Alex’s case. And how he explains it is a mark of the film’s success – it’s funny, clever, and sort of just about plausible. And it gives the film a third act.

Good Bye Lenin! is the key film in the cultural moment that came after the initial flush of liberation had waned and former East Germans were beginning to make an objective appraisal of what they now had, and what they had lost. This “Ostalgia” manifested itself often in kitsch ways – filthy old Trabant cars were suddenly cool again, as were tight T shirts emblazoned with GDR. And within only a few years it was gone – see The Lives of Others for a film that effectively said to the Ostalgiacs, “now just hang on a minute”. Cleverly having its cake and eating it, Good Bye Lenin! works whether the viewer has close knowledge of the workings of East Berlin under communism and regardless of political viewpoint because at its simplest it’s a comedy about generational change, and because jokes about hiding stuff from your mother is something that most of us can relate to. And because to a large extent our past, good or bad, is our identity, and that psychological knot is something we can all recognise too. 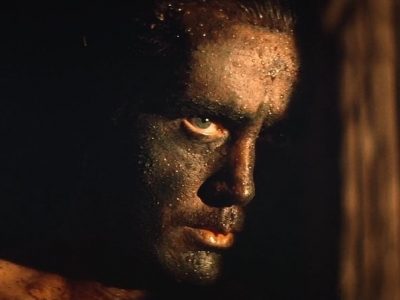 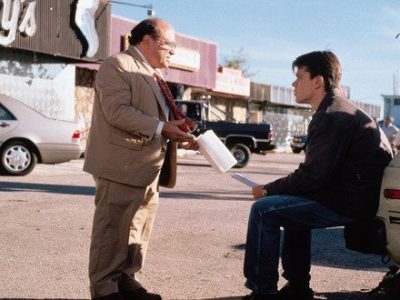 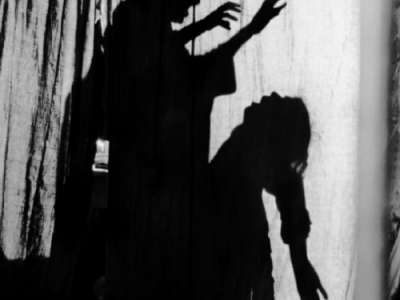