On this day in 1972, one of the cornerstone rock albums of all time was released. Exile on Main St was the Rolling Stones follow-up to Sticky Fingers and the first album they had produced since extricating themselves from their contract with manager Allen Klein. The Stones had recently become tax exiles from the UK – and recorded much of the album in the south of France, at a villa Keith Richards was renting. Richards was a heavy user of heroin at the time, and his villa became a hub for visiting fellow devotees – country singer Gram Parsons and author William Burroughs were among those who turned up to shoot up. Much of it written while laying down sessions for Sticky Fingers, the album has the syncopated swagger and blues lope that the Stones had made their own. It is in many respects the classic Stones record, forming, along with the previous two releases – Sticky Fingers and Let It Bleed – the high point of the band’s output. The band would never be this good again.

One of the immediate realisations, on watching Mean Streets again decades after it hit the unsuspecting streets of criticdom, is how cheap it looks. Written by Scorsese and Mardik Martin in a car in the locations it would be shot in, and focusing on two punks in New York’s Little Italy, its low budget means it doesn’t have the gloss Scorsese has since become associated with. He’d been bubbling under for a few years by 1973, but this is the film that shot Scorsese to dominance, the one that confirmed the promise of Who’s That Knocking at My Door. It didn’t do Harvey Keitel and Robert De Niro any harm either. The other thing about re-watching it all these years later – how young these two main actors looked, how in need of a few good dinners.
The seat-of-the-pants looks and lean features of its stars work to the film’s advantage, though, because it’s a movie about being cheap – being a two-bit hustler, a cut-price Romeo, a bottom-feeding extortioner for the Mafia. Keitel plays the fairly useless collector hoping to move up the ranks, De Niro is his childhood friend, a dangerous and unpredictable little toughie who seems to have learnt most of his mannerisms from half-remembered Jimmy Cagney movies. They are chalk and cheese these two – Keitel’s Charlie is useless and sensitive and overburdened by a sense of responsibility; De Niro’s Johnny Boy is violent, charming and unpredictable. Mean Streets essentially follows these two through the bars, pool halls and restaurants of Little Italy, waiting for something to snap, which of course it will. And let’s not forget the church (or the Church, if you prefer) because Charlie’s guilt is a key driver – over the black woman he dances with and wants to date but can’t because she’s black; over the epileptic sister of Johnny Boy who he secretly loves but can’t date because she’s marked as damaged goods; over the family business, extortion; over the fact that he can’t stick to the Commandments; over the fact that he can’t be himself. In 1973 this film was the shizzle – lots of it handheld, some of it slo-mo, lit in exaggerated colours to indicate psychology, with a soundtrack that used actual real hit music (the Stones, Eric Clapton and the Miracles larding a track full of operatic favourites) because Scorsese couldn’t afford a soundtrack, but also because it fits. This soundtrack business is normal these days but then it was revolutionary, as was the whole film, especially the way it depicts characters who seem to have taken the conscious decision to behave as if they are the star of their own B movie. In many ways it is the ground zero of modern film-making – without the elliptical dialogue, bravura editing, expressionistic camera and grungy milieu of Mean Streets what, for instance, would Tarantino look like? 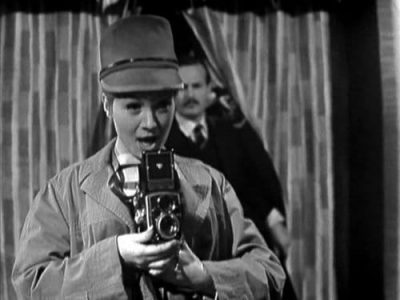 The Avengers: Series 2, Episode 22 – The Man in the Mirror 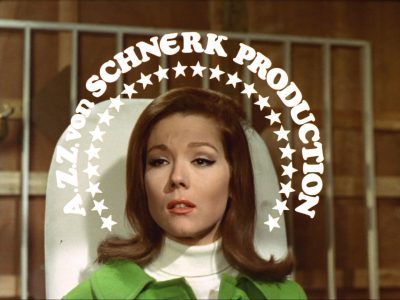 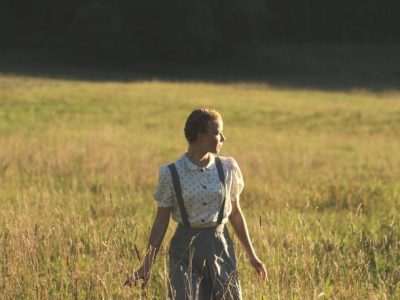