On this day in 1879, Albert Einstein was born in Ulm, Germany, to Hermann and Pauline Einstein. His father was an engineer who founded his own company selling electrical products which ran on DC current, and would eventually go bust when alternating current won the so-called “current wars”. The son, too, was interested in invisible motive forces, the first of his 300 scientific papers being titled On the Investigation of the Ether in a Magnetic Field, aged 15. At 17 he was a student of mathematics and physics in Zurich, after which he struggled to find a teaching job and so took a position in a patent office. In 1905, aged 26, he completed his PhD. It was the year he also published four papers which altered the way humans think of the universe. These were on Photo-electric Effect, Brownian motion, Special relativity and Mass-Energy equivalence. He continued working at the patent office, approving or rejecting electrical inventions, until 1909, the year he became a teacher at Zurich. In 1919 Einstein became a world star after measurements during the solar eclipse confirmed that light from a distant star was indeed bent by the sun’s gravitational pull, as Einstein had predicted. Gravity, light and all energy were in fact related in a way that could be quantified. In 1921 Einstein received the Nobel prize for his work on photo-electric effect, his more important work (on relativity) having not yet been sufficiently digested by the Nobel committee and wider scientific community for them to acclaim it for what it was – an updating of the theories of Isaac Newton, whose picture hung on the wall in Einstein’s study.

The director Nicolas Roeg’s adaptation of Terry Johnson’s play Insignificance got a lot of press attention when it debuted in 1985. Largely because it allowed the magazine supplements to drag out archive photographs of famous people. Because Johnson/Roeg’s film deals with the fantasy notion of film star Marilyn Monroe, the red-baiting senator Joseph McCarthy, baseball king Joe DiMaggio and physicist Albert Einstein all finding themselves one hot night in a hotel room together where the public perceptions of who they are, rather than their real characters, are set in play against each other. Johnson did similar surface tricks with his plays Cleo, Camping, Emmanuelle and Dick (about the Carry On team) and Hitchcock Blonde (about Alfred Hitchcock and one of his blonde leading ladies). This is really his film rather than Roeg’s, whose dreamy fractured gothic style doesn’t get to stretch its legs much here, once the odd premise has been established, in spite of Roeg’s tricksy editing, flashbacks and attempts to make the film more cinematic. With Insignificance it’s really OK to say that the plot is kind of insignificant – Monroe and Einstein work out the theory of relativity, McCarthy bangs on about commies, DiMaggio pulls “duh” expressions and loses his temper, realising he’s the dimmest bulb in the room. Instead it’s the performance (to quote another Roeg film) that matters – Theresa Russell’s unusually believable film star, Tony Curtis’s over-ripe senator, Gary Busey’s decent ballplayer, Michael Emil’s wide-eyed scientist. None of them is ever named – nor was the blonde in Hitchcock Blonde for that matter – and this ties in closely to what Johnson, possibly, is aiming for: an understanding of how we buy things off the peg because we like their glittery surfaces (with actresses as with theories of special relativity) and whether the surface actually bears any resemblance to what’s going on below. The film is about us, as much as them, in other words. And is possibly one of the reasons why, once the picture editors had run their Marilyn and Albert double-page spreads, the magazines never talked about the film again.

Insignificance – Watch it/buy it at Amazon 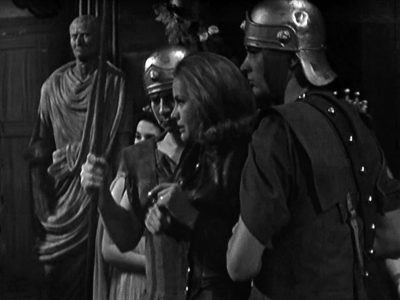 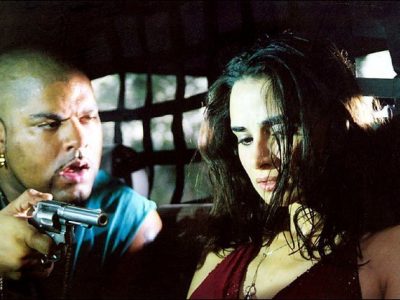 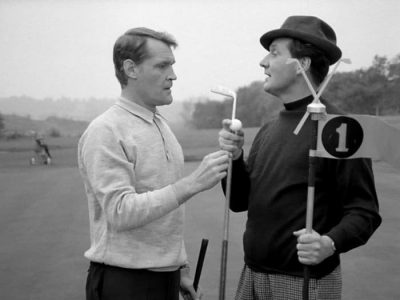