If you’re looking for a start date for the 1960s, you could do a lot worse than this: 18 August 1958, when Vladimir Nabokov’s novel was first published in the USA. Detailing the love of a middle aged literature professor for a 12-year-old girl, whom he has nicknamed Lolita, it had first been finished in 1953, but was turned down for publication by a string of publishing houses, finally seeing light of day only after Olympia Press in France, a publisher of pornography, printed it in 1955. In spite of its low key debut, it sold like crazy, and by the end of the year it had been praised by Graham Greene as one of the best books of the year. At this point customs officials in the UK were ordered to seize all copies entering the country. It was then banned in France too. On 18 August the controversial publisher GP Putnam’s Sons published it in the USA. Within three days it had gone into its third printing. Within three weeks it had sold 100,000 copies.

As dumb families go, the Smiths take some beating. There’s Chris (Emile Hirsch), his stupid dad Ansel (Thomas Haden Church) and his dumb sister Dottie (Juno Temple) who want their estranged wife/mother dead so they can claim on the insurance money – something about a drugs debt. So they hire full-time cop and part-time hitman Joe Cooper (Matthew McConaughey) to do it, a man of slow-poke speech patterns, old world manners and dead eyes. Joe wants a “retainer” and, being dumb, the family goes along with the idea, until they realise that they don’t have any money. That’s why they want mom dead, after all. Joe suggests that instead of cash he’ll have Dottie, who has been dancing around the house braless in a T shirt while the negotiating has been going on and hasn’t been looking bad at all.
All this is set-up, and anyone who has seen William Friedkin’s The Exorcist will know that he’s good at laying out a trail of crumbs, luring us in and then … wham! What he’s setting us up for is entirely in spoiler territory, but let’s just say that Killer Joe spends the last two thirds of the film playing with this family who think they are running the gig, torturing them in one way or another, humiliating them, at one point making Ansel’s new wife (Gina Gershon) fellate a piece of fried chicken in a scene that will stick like crumb in the throat.
What sort of a film is it, that’s the question. An incendiary drama is how it’s usually described, but I reckon it’s a comedy, this family are simply too bone stupid to be the point of identification – they’re not “relatable”. It’s easier to relate to Joe. He’s suave and smart, horrible, for sure, but is only dishing out what this bunch of retards and potential proxy murderers, let’s not forget, have coming. Joe is an agent of natural justice. And the jaunty exit song, as the final credits roll, seems to be nudging the audience towards that interpretation too.
As for the acting. Well, this is one of the films that went towards the “McConaissance” of Matthew McConaughey. Two years before it was the dreck of Ghosts of Girlfriends Past. Two years later it was an Oscar for Dallas Buyers Club, having been impressive in The Paperboy, Mud and Magic Mike along the way. Hirsch and Haden Church are, you know, OK. They do what they have to do. It’s Gina Gershon as the slutty spanner-mouthed Sharla who impresses whenever Juno Temple isn’t holding the floor, her Dottie all Lolita eyed and girlie voiced, and swinging her breasts about in ways designed to madden and delight.
No, as a piece of Southern fried gothic, a pale Tennessee Williams drama of inadequate men and women undone by their sexuality, it just won’t do. But as a very dark comedy that never cracks a smile, Killer Joe is mighty fine indeed. 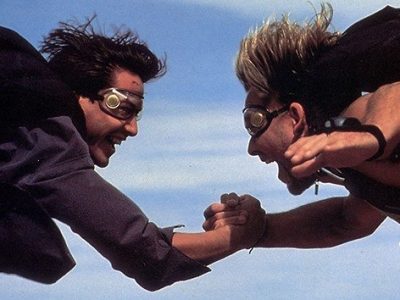 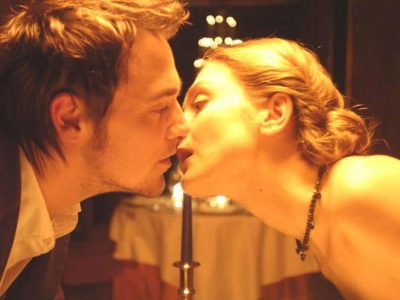 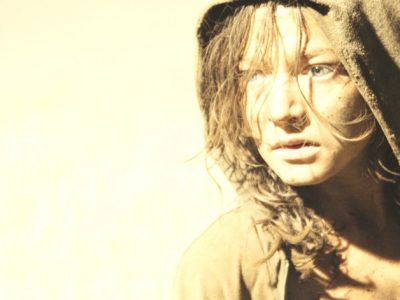