On this day in 1184BC, the city of Troy fell after the most famous battle of antiquity. The Trojan War had started after a Trojan, Paris, absconded with Helen, wife of Menelaus, king of Sparta. Helen was reputed to be the most beautiful woman in history and her love had been gifted to Paris by the goddess Aphrodite, as a reward for choosing her (Aphrodite) as the fairest of all the female gods – the so-called Judgement of Paris. Aphrodite had not mentioned to Paris that Helen was already married. Paris, it had been prophesied, would bring about the destruction of Troy. And so it came to pass that the Spartans set sail for Troy in Anatolia (present-day Turkey), where they laid siege to the city for ten years, during which time Paris was killed, as was his friend Hector. The war came to an end after the Greeks (aka Spartans) infiltrated the Trojan stronghold using a gigantic horse to gain entry, the being horse full of troops who sprang out under cover of the night, after the horse had been dragged inside. Who does that? Drags a gigantic horse into their besieged city after a war lasting ten years? However, legend says that that’s just what the Trojans did. This act of utter stupidity has given us the phrase “beware of Greeks bearing gifts” and also the techie notion of a trojan as a nasty thing hiding inside something seemingly harmless.

Troy gets a bad rap because it is a war movie that ends far from heroically. It ends with defeat, in fact. The fact that it was made by a German, Wolfgang Petersen, who had already made Das Boot, another war film in which defeat was a vital part of the offer, is what makes it an interesting film though, heroics being the prelude not to greatness, but to calamity. Petersen was born in 1941 in the German port town of Emden, which was almost totally obliterated in one night of bombing when he was three. But never mind the amateur shrink’s attempt to wed Troy to childhood trauma. Instead let’s look at the film, which pretty much removes the gods from the equation; this is human cock-up not divine conspiracy. On the Trojan side we have Orlando Bloom as Paris, and Eric Bana as Paris’s brother Hector. For the Greeks it’s a superbuff Brad Pitt (six months of training, apparently) as Achilles and Garrett Hedlund as his number two, Patroclus. Ultimately, though, the film is built around the Pitt v Bana showdown, before it goes on to divulge that the actual decisive event in the war was the construction, delivery and implementation of the Trojan horse. It was a Greek horse, of course, but this is not the place to argue. Instead let’s turn to the film’s weaknesses – the CG is just terrible, Orlando Bloom is completely unconvincing as Paris (the idea that he might have sat in judgement on goddesses is laughable) and Diane Kruger is no better as Helen, pretty though she is. There is no suggestion of what must have been a colossal passion to have caused a conflict so bloody and so long. On the other side of the scales the aged thespians show the young ones how it’s done, with Peter O’Toole in particular, and too briefly, seizing the screen as Priam of Troy, though Brian Cox and Brendan Gleeson acquit themselves well too. The fact that they’re all seasoned stage hands and are used to commanding a space tells us everything we need to know about what’s wrong with this film – Troy is an epic done with all the sound and fury ripped out. That is Petersen’s intention. And as the Greeks escape from the horse as the film enters its mournful last few minutes, and lay waste to everyone inside the fortified city of Troy, there is no gloating, no bugles, no glory. Unsurprisingly, this disappointed a lot of people. 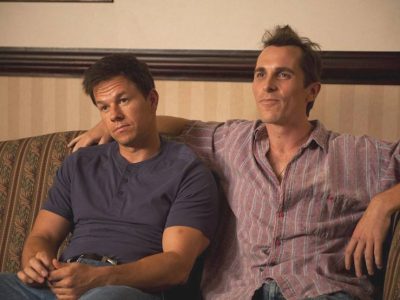 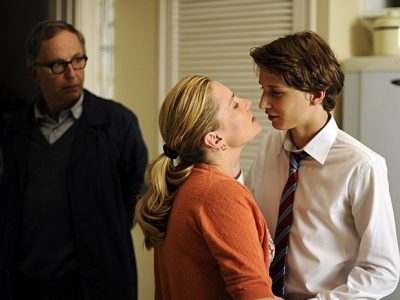 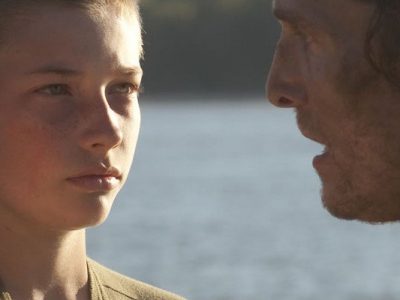