Review: Once Upon a Time in Anatolia

The Bridge over the Bosphorus completed, 1973

It is one of the polite fictions of what used to be called the civilised world that Europe is a continent. Looked at objectively, with space goggles on, the continent is more properly Eurasia, Europe getting special treatment because of its historical importance. One of the “border” points of Europe has always been the Black Sea, the point where it empties out into the Mediterranean being one of the great dividing lines between Europe and Asia (the Urals, Ural River, Caspian and Caucasus Mountains forming the rest of the dividing line). Thus the building of a bridge over the Bosphorus had great symbolic value – the coming together of two continents, East and West, Christianity and Islam, modernity and traditionalism. The idea of a bridge has its origins in antiquity in the reign of the Persian emperor Darius I, when a pontoon bridge was constructed for military purposes. But the modern bridge was first proposed in 1957 by Turkish Prime Minister Adnan Menderes. It was built by the British firm of Freeman Fox & Partners (who also built the Humber Bridge in the UK) and finished on this day in 1973, a day after the 50th anniversary of the establishment of the Republic of Turkey by the modernising secularist Kemal Ataturk, himself a bridge between East and West.

If you haven’t seen any of the films by Turkish genius Nuri Bilge Ceylan, Once Upon a Time in Anatolia is as good a place to start as any, a slow and meditative and yet entirely gripping examination of modern Turkey through a film that seems to have little, on the face of it, to do with the famous western of Sergio Leone its title alludes to. But if the frontier of the West was Leone’s focus, the frontier of the East is Ceylan’s. Or is it even the East? That’s partly what the film is about, and referring to the area as Anatolia, an old name for the region, seems to move the area under the microscope into even less absolute, more mythic territory. But, to the film, which opens with cars bouncing down the road in the dark, out in the countryside somewhere. Akin to that longshot of Omar Sharif arriving on his camel in Lawrence of Arabia, Ceylan’s opening shot is very, very, very long, steadily held, audacious. Ceylan used to be a photographer and he has a keen eye for composition, and long as it is, this is the sort of shot you could watch for days. Finally, we cut to the occupants of the cars in the small convoy, cops looking for a dead body, with the guy who’s meant to have done the killing seemingly unsure of where he dumped it. Everywhere looks the same, he’s not sure if it was this tree or that one, and so on. This continues for maybe 50 minutes, and at the end of it, after much inconsequential smalltalk about prostate problems and Turkey’s chances of joining the European Union, we know everybody, even though some of them have spoken barely a line. This is triumphant film-making of a sort that few can manage, rich with atmosphere, gorgeous to look at, tense as a thriller (Claire Denis at her best works a similar territory). After this 50 minute intro the action switches from night-time to daytime and begins to focus more and more on the figure of the doctor, an urban and secular Turk in a superstitious and rural country. In fact I’m not going to recount any more events from this film, because it isn’t about events – the dead body, the prosecutor’s odd admission that he murdered his wife, the doctor’s divorce and how it affects him, the beautiful girl whom the men all wistfully gaze at, the mayor who wants money for a new morgue but really wants new life in his village. The facts don’t say very much about this film, just give it a reason to keep going. The real story is in the heads of the participants. By the end, after 150 minutes of not very much having happened, what seems to have been a film about very little ends in an open ended way, as if it might still be going on somewhere away from the camera.

Once Upon a Time in Anatolia – at Amazon 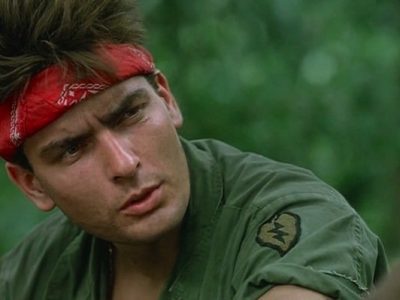 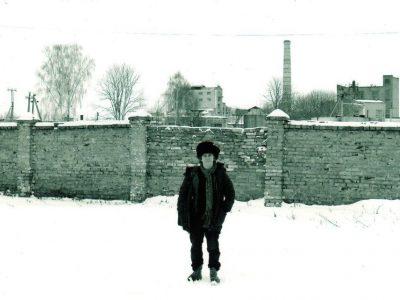 I Became a Ukrainian Vodka Baron