Review: Of Time and the City

On this day in 1957, a 15-year-old Paul McCartney went to a gig held after a church fete at St Peter’s Parish Church, Woolton, Liverpool. The fete had been a traditional affair, with tombola, a cake stall, games of hoop-la and a rose queen. There had also been entertainment, in the shape of a young local skiffle band called the Quarry Men – so called because most of the members were schoolboys at Quarry Bank Grammar School. The band was led by a 16-year-old John Lennon and as they set up again for their evening show, Ivan Vaughan, the band’s tea chest player, introduced one of his fellow Liverpool Institute schoolmates, Paul McCartney, to John Lennon. The two talked about music – both preferred rock’n’roll to skiffle and McCartney showed Lennon the right way to tune a guitar, sang a few songs (Twenty Flight Rock, Be-Bop-A-Lula, A Whole Lot of Shakin’, some Little Richard songs). After the gig the band, plus McCartney, went to the pub, where they lied about their age to get a drink. When McCartney had gone home, Lennon talked to washboard player Pete Shotton about whether the Quarry Men should invite McCartney to join the group. McCartney was good but he was cocky and Lennon was worried about losing control of his band. Lennon and Shotton decided they needed his talent and the next time Shotton met McCartney, on his bike cycling through the Liverpool suburb, he asked him if he wanted to join the band. McCartney said he’d think about it.

Terence Davies’s Of Time and the City is exactly what the title suggests – a film about the passing of time and its effects on his hometown, Liverpool. “That is the land of lost content/I see it shining plain/The happy highways where I went/And cannot come again.” Early on, these lines from AE Houseman’s A Shropshire Lad set the tone, as do these from Shelley’s Ozymandias – “Look on my works, ye mighty, and despair/Nothing beside remains, round the decay.”
The film is the work of a grumpy old man, in other words, a look back on the lost world of his youth, a lament that everything has gone to shit. To a brilliantly researched and edited collage of old archive footage, with just the occasional freshly filmed insert where he obviously couldn’t find what he wanted, Davies narrates his elegy to this vanished Eden of back-to-back houses, women in curlers and pans of Scouse on the hob. He’s got a fruity voice, one that’s done a bit of drinking down the decades, sepulchral you could say. Fans of Davies’s semi-autobiographical dramas such as Distant Voices, Still Lives and The Long Day Closes will find Of Time and the City’s themes familiar – the bustle and purpose of his city, the pride, the thrift, and old fashioned values from an age of industrial production, manual labour and hard knocks. Like the best British documentarians – Ray Gosling or Jonathan Meades, for example – Davies does it his way, makes few concessions to popular taste or how the film is going to play in Utah. You either like it or lump it. Hence the TS Eliot and James Joyce, the mix of Mahler, Ewan McColl and Peggy Lee, all stuff that clearly has enormous resonance for Davies, though possibly for no one else.
At some level Of Time and the City isn’t really about Liverpool at all; it’s about Davies, this being the crypto-autobiography of a young working-class Catholic lad who used to go and watch the wrestling, got into film-making, moved away, grew up gay, became an atheist and an anti-monarchist. This highly personal take puts it in a select group of films about hometowns made by gifted film-makers. Guy Maddin’s My Winnipeg works in a similar highly personal way, though Davies’s intent is more chronological, cycling through the decades, the film stock changing from black and white to colour as he gets into more recent decades.
He laments that by the 1960s, Liverpool has started to fall behind the rest of the country – “We hoped for paradise; we got the anus mundi,” says Davies, who is around the same age as the Beatles but has little time for the Fab Four – “a firm of provincial solicitors” is how he bitchily describes John, Paul, George and Ringo – and he doesn’t dwell on football too long either.
By the final scenes, Davies is giving us shots of the young Liverpudlians of today, mischievously showing them as bewildered, looking around themselves, inquisitive, apprehensive, hopeful. It’s been a brilliant welding of the personal and the civic, a Proustian reverie aching with something Scousers are notorious for – sentimentality. You can take the man out of Liverpool…

Of Time and the City– Watch it now at Amazon 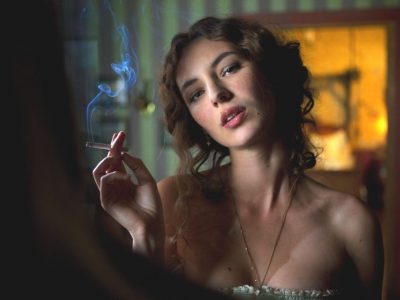 The Extraordinary Adventures of Adèle Blanc-Sec 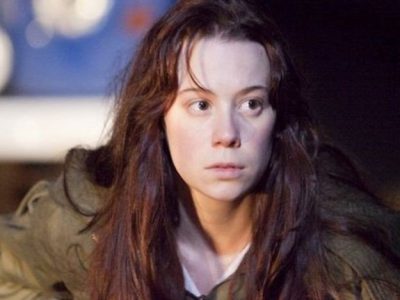 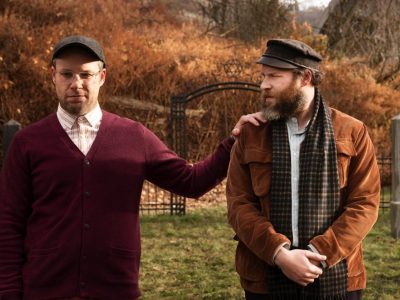