Death of the prophet Muhammad, 632

On this day in AD632 (10 AH), Abu al-Qasim Muhammad ibn Adb Allah ibn Abd al-Muttalib ibn Hashim, aka Muhammad (spellings vary), died aged 62 or 63. Muslims consider Muhammad to be the last prophet sent by God to restore the original faith of Adam, Noah, Abraham, Moses and Jesus. Until the age of 40 he had lived a comparatively normal life – a married man with a job – but after receiving a visit from the angel Gabriel (Jibril) he started preaching the word of God, in particular that it was important to surrender or submit (the Arabic word for that being “islam”) to the Almighty. In a comparatively short time – between the revelation and his death was just over two decades – Muhammad managed to convert all the tribes of the Arabian peninsula to Islam, the decisive event being his march on Mecca with 10,000 men, which he seized with comparative ease in a near bloodless battle. Shortly afterwards Muhammad died.

At around two and a half hours, this isn’t a short film, but there’s not an ounce of fat on it – every minute tells us something new, cranks up the tension just a little bit more. It’s a prison drama with a difference. Two differences, in fact. We’re in a French prison with Malik (Tahar Rahim) a young guy in prison for an assault on a cop. He says he didn’t do it. He’s wet behind the ears and is subjected to the usual bullying, but over the years he works his way up from being a nobody to king of the hill. Standard stuff. A cliché, on paper.

The two differences are the fact that Malik is a Muslim (and his religion has a role to play), and there’s a touch of magic realism too, in the shape of the convict he murders early on to earn his stripes coming back to visit him, standing silently in his cell. The murder is worth mentioning, because it’s a bloody brutal affair which Malik is ordered to carry out by Corsican crime boss César (Niels Arestrup) the Mr Big Malik is eventually going to depose – though neither of them can see that one coming. César has chosen Malik as his hitman, green as he is, because he has a liking for his pretty looks and probably wants to get a hold on him in more ways than one. From this unremarkable and very familiar beginning, director/co-writer Jacques Audiard spins a brilliant story, where every character has weight, actions have consequences, where there’s a real sense of Malik playing a very long game to get to the top, and where César is eventually outflanked not by an act of prison barbarity, but by Malik’s superior intellect and learning. There are nifty paradoxes too – the brutal murder Malik carries out being the catalyst he didn’t know he was waiting for, the few short minutes he spends with his unwitting victim infusing him with an understanding of the purpose of life. The murder most ugly is a humanising event.

Arestrup, never a bad performance and particularly good here, is all eyes and tiny gestures, a hard cold wily man used to life at the top. For his part Tahar Rahim is good in a much harder role, turning from a total blank slate (he can neither read or write when he arrives in prison) into a man of education, worldliness and power. Knowledge as power. An Arab man as a hero. Intellect rather than brute force winning out in a prison drama. Audiard, who performed similarly remarkable acts of subversion in his two previous films, The Beat That My Heart Skipped and Read My Lips, does it again with A Prophet, a contender for the best film of its year.

A Prophet – Watch now at Amazon 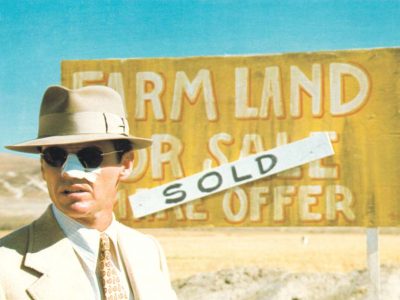 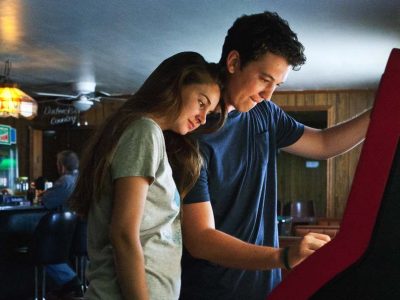