Review: The Gospel According to St. Matthew

Today in the Christian calendar is the feast day of Saints Firmus and Rusticus. They were two gentlemen of Verona who were martyred by the Emperor Maximian for refusing to bow down to, or sacrifice to, pagan idols. Their refusal won them torture, beatings with clubs and finally decapitation. That’s the official story, though no one is really sure who the men were, what they did, or even where they came from. It has been suggested they were African martyrs whose relics were transported to Verona post mortem. Or that they were men from Bergamo who only died in Verona. Or that the relics from Verona in fact went to Africa, not vice versa. Scant though their biographies are, today is their day.

The Gospel according to Matthew (1964, dir: Pier Paolo Pasolini)

The Marxist, atheist and gay Pasolini’s life of Jesus Christ is probably the best filmic version there is. Possibly because Pasolini isn’t proselytising, possibly just because he was a great film-maker. The film is a work of remarkable simple power, full of misery and glory, dirt and poetry, populated with people whose faces look as if drawn directly from the pages of the Bible. They’re poor, in other words, not here the lean long thigh bones of a Charlton Heston or the paunch of a Charles Laughton, instead Pasolini’s cast are the peasants of the district of Basilicata, where he shot the film (and where Mel Gibson would shoot The Passion of the Christ 40 years later, possibly hoping for inspiration, or even intercession). And Pasolini’s Jesus is a non-acting economics student (Enrique Irazoqui). The whole thing is shot like a documentary, without a screenplay, and using the gospel of Matthew as written to block out scene after scene. So all the dialogue is from the Bible, is the word of God if you are a believer. Though God doesn’t seem to have been given a screen credit.
The Jesus of Matthew, and of Pasolini, is the righteous Jesus, the debating hot-headed rabbi who would take on anybody in an argument and win, the Jesus of the Bible, not the meek big-eyed drip so often served up in films made by Christians, ironically. But before that we’ve been given the story of Jesus’s birth – his mother’s unusual pregnancy, the flight to Egypt, the lack of room at the inn, the three wise men. Later we get his ministry, the miracles, his rise as a prominent preacher, his trial and his execution on the cross, all done matter of factly.
It’s the story of 1960s radical politics – radical chic, possibly too – pasted back onto a figure who can take any amount of interpretation. This is Jesus the leftie, the scorner of wealth, the lover of the poor, who preaches about the kingdom of heaven because the kingdom down here is only for losers.
You might expect, with all this downbeat, non-professional, script-free business, that the film is lacking in uplift, joy or transcendence. In fact it’s full of it, Pasolini’s careful use of close-up and long shot doing what Michael Bay can’t do with thousands of CGI fiddlers, Pasolini’s focus on the right face, the right expression telling us that we’re in the hands of a director who understands that humans respond to stories about humans. With Pasolini the face is the story.
Enrique Irazoqui is exhibit A here, his slight, hunched Jesus a ball of fervent intelligence, a very human redeemer. It’s a remarkable performance in a remarkable film that time is treating very kindly. Surely it’s time for that Pasolini revival.

The Gospel according to St Matthew – Watch it now at Amazon 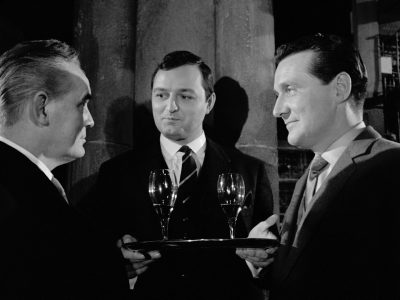 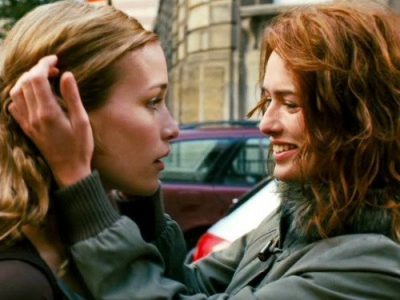 Imagine Me and You 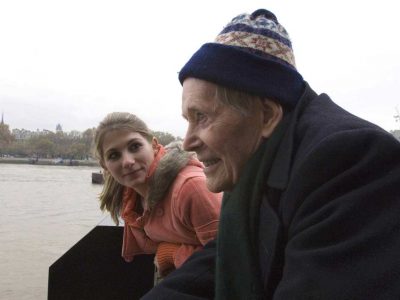