The Thirteenth Hole sees Steed and Peel in action at a golf club where golfers seem to keep dying. Once again, it’s an episode with a needlessly elaborate plot about an international consortium of bad hats getting up to skulduggery. But instead of prosecuting their roguery from an office or a warehouse out on a sensible industrial estate, they choose an idiosyncratic and public location – this time a golf club – which out here in the real world would provide over-easy access for any number of potential thwarters of their enterprise.

Or perhaps I’m taking the whole thing a bit too seriously.

The plot, when it finally fully reveals itself, is all about gaining access to the satellites in the sky used for relaying television signals – the first of these having been launched only four years earlier, in 1962.

Backtracking a bit, things get going when a golfer on the course swaps his 3 iron for a 303 rifle and shoots a fellow golfer. At the 13th hole, of course. However, a custom-made golfball at the dead man’s house gives Steed and Peel the clue they need to start an investigation that will lead to…

Three “voice of” supporting stars give this episode a bit of lift. Patrick Allen, commanding voiceover on numerous adverts, the infamous Protect and Survive UK government information films about what to do in the event of a nuclear attack (later repurposed by Frankie Goes to Hollywood in their Two Tribes song) and eventually a large number of Channel 4 station idents. Francis Matthews, suave voice of Paul Temple and Captain Scarlet on TV, and of any number of adverts requiring sophisticated reassurance. And Peter Jones, original voice of the Guide in The Hitchhiker’s Guide to the Galaxy on TV and radio and another advertising voiceover legend.

As befits his craggy looks, Allen plays one of the club’s flintier golfers, Matthews the club secretary keen to keep the riff-raff out and Jones (dressed in pebble specs and a beret which make him look uncannily like Peter Glaze of children’s TV show Crackerjack) is another gullible scientist lured to the club, where his specialist knowledge on satellites or his life (or both) will soon be winkled from him.

A golf club was still an aspirational place in those days, and the producers stick with that thought, dressing Diana Rigg in some very on-trend clothes (hip-hugging tight trousers, white boots with a zip up the front) and having her made up to look foxy as hell, which wasn’t very hard.

A golf club was/is also traditionally both a site of entrenched male power and male absurdity. We see the former when the club captain (Donald Hewlett) offers to show Mrs Peel “a couple of strokes, either on or off the course,” bantery innuendo to the max.

The latter comes in the shape of Steed, passing himself off as a golfer in an outfit consisting of silly trilby, turtleneck sweater, trousers tucked into long socks, and carrying a variety of gadgets to ascertain wind speed, weather, incline and so on (including a sextant). The golf game that follows is a neat collection of all the old golfing sight gags – stuck in the bunker, balls in the rough, obvious cheating, nail scissors to snip the grass, and so on. Meanwhile, Laurie Johnson reinforces the comedy (or reminds us that this is comedy, if you’re not entirely convinced) with a soundtrack featuring parping, farting wind instruments.

And after all this – dead scientists, rogue golfers, quaint outfits, comedy interludes and so on – the essence of the plot does finally announce itself.

It’s a jolly if pretty silly episode, the silliness being the eventual undoing of the show, once the shark had been well and truly jumped.

What’s really noticeable by this point in The Avengers development over the years is how often both Macnee and Rigg pull the not-quite-to-camera “thinks” face, Rigg particularly. She’s also now on equal if not dominant footing with Macnee, occasionally even going so far as to talk slightly over him, especially on his bantery exit lines.

There’s a big fight at the finish and the excellent Avengers Forever site points out that you can clearly see stuntman Ray Austin in it. I didn’t, but then I’m not too sure what Ray Austin looks like. But I had noticed that the stand-ins were more stand-outs – way too obvious. Kind of symptomatic of the whole episode. 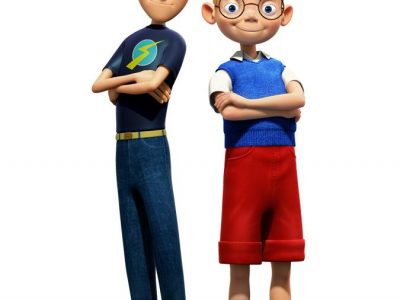 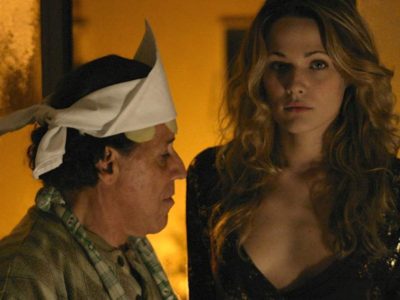 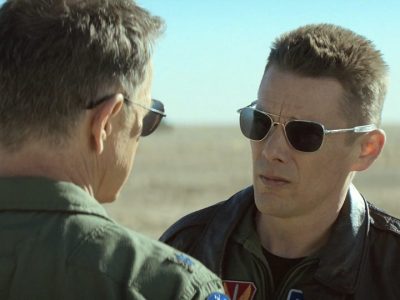