Review: The Avengers: Series 5, Episode 13 – A Funny Thing Happened on the Way to the Station

So, that diversion tackled, let’s get on to the episode itself, a very good one initially written by Roger Marshall, who walked out on The Avengers somewhere around here, and then re-written by Brian Clemens, under the nom de plume Brian Sheriff (“the Sheriff doing the Marshall’s job” as www.theavengers.tv wittily explains).

Clemens’s hand is probably most evident in the character of Crewe (John Laurie) – stationmaster? train nut and station owner? I never quite nailed that down – a proper Clemens eccentric Steed and Peel meet at the deserted Norborough Station, where they were meant to be getting a handover from an operative who had details about some shady plan being hatched, and involving trains, national security etc etc.

The episode kicks off with this very same man running down a train corridor, pursued by two thuggish younger men. He’s clearly a man who drinks from the same well as Steed and Peel, since he kills one of his pursuers with his tie (silk, let’s hope), and actually makes it alive past the opening credits, only to meet his end shortly after the episode proper has been joined.

That before-and-after-the-credits business is a first for a series which had seemed nailed into a stylistic box, and perhaps we can attribute that to director John Krish, who seems much more sure of what he’s dealing with this time round, perhaps because he made his name with documentary films about the gritty infrastructure of industrial Britain and trains fit right into that area of expertise.

And the episode pretty much stays on the train, taking in its passengers, who seem to be an oddly unchanging lot, right down to the ticket collector, when it’s not back on the platform with Crewe (also the name of a railway town), Laurie fluting away so madly at one point that I laughed out loud.

I’ll say no more about the plot, except that it starts out heading in a very Cathy Gale direction, with Mrs Peel beetling off to the Admiralty undercover as a journalist, but ends up being all about the train, the people travelling on it and a plot to kill the prime minister.

As I said, Krish is on good form, keeps things tight and pacy, but he’s helped by a really good supporting cast. There really are no duffers in this episode, but standing out above the throng (even above inveterate scene-stealer Laurie) is James Hayter as the strangely ever-present ticket collector.

Details fans will notice that Mrs Peel appears to be wearing a Mary Quant hat at one point (though what do I know?), later followed by a canary yellow outfit with big buttoned lapels, which looks like it cost a mint. While Steed is kitted out with proper spy gadgetry, a tape recorder in his brolly!

Other period-specific details include a description of the agent who dies early on as “rather corpulent”. He’d be described as normal now. And the sight of a dining car on a British Rail train, how charming.

The other interesting departure from Avengers norms comes in the epilogue, when Steed and Peel are back at the apartment, having saved the prime minister’s life, who is about to visit to thank them in person. “That must be him in the top hat,” says Steed to Peel. “No, that’s him in the raincoat,” says Peel. They then quickly discuss whether either of them voted for him. With an almost invisible shake of the head Steed indicates that he didn’t. Neither did Mrs Peel. And so the pair of them pretend they are out and don’t answer the door.

Why’s that important? Because “the raincoat” indicates that it’s Labour Prime Minister Harold Wilson, whose Gannex mac was part of his brand, and The Avengers has just declared the political persuasion of lead characters whose week-to-week contact with any recognisable real world has been shading towards zero. Another bit of Krish devilment?

The Avengers – Watch it/buy it at Amazon       I am an Amazon affiliate. Clicking on the link earns me a (vanishingly small) commission       © Steve Morrissey 2020 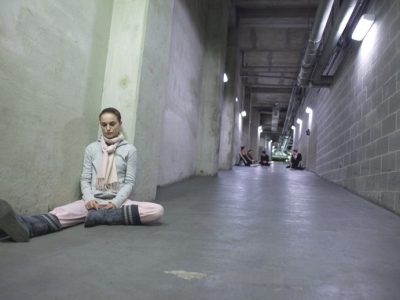 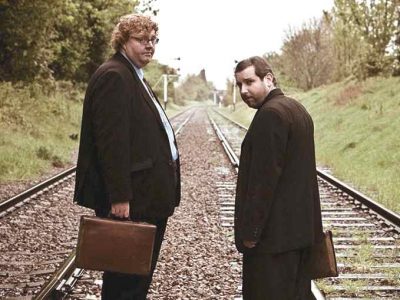 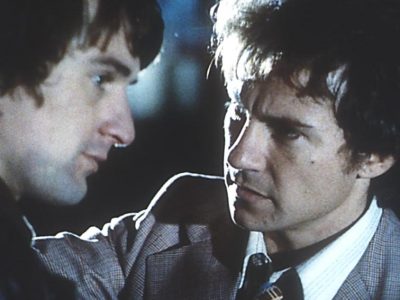