The creeping feeling that The Avengers is running out of puff is further reinforced by The Joker, a rewrite of the Cathy Gale-era episode Don’t Look Behind You. Except in this case it’s Emma Peel who is stalked by an admirer with a deadly agenda.

It was a very good episode first time round and works its magic this time too. But before Mrs Peel can be sent off for a weekend at the house of bridge-playing Sir Cavalier Rusticana – Steed jokes that it sounds like an opera (hardly surprising since the joke name is modelled on the opera Cavalleria Rusticana) – first we see a mystery hand cutting a picture of Mrs Peel from a magazine called Better Bridge with Mathematics. And then cutting the picture into pieces – no fiendish cackle required.

Mrs Peel as a bridge whizz? Makes a lot of sense, and this facet of her personality, along with Steed’s sprained leg after falling down the stairs, allows writer Brian Clemens to devote the whole episode to her, leaving John Steed to do little more than sweep up at the end.

What was fascinating about Don’t Look Behind You was the array of oddball characters it wheeled out to confound Mrs Gale and entertain us. They’re all present in The Joker too, in the same order. And after Mrs Peel has driven down to the remote Exmoor mansion for a bridge-playing weekend, she first meets the owner’s niece (Sally Nesbitt), a dippy actress. Now merely posh rather than a proto-hippie chick, Ola is still all over the place, her mind darting hither and yon as she guides a politely bewildered Emma to her room, where Emma dresses for dinner (while being observed from a spyhole).

Just as we’re wondering if Ola might be the mystery picture desecrator, she makes her excuses and leaves the house, heading off into the village to visit a “friend”. At which point weirdo number two turns up (Ronald Lacey), a property mogul scouting for new acquisitions whose car just happens to have run out of fuel outside the house. He claims to know Mrs Peel but says she won’t recognise him on account of his plastic surgery.

In his dark shades and with that unusual backstory, is this Strange Young Man (as the imdb calls him) the mystery hand? Since Lacey was often called on to play extremely creepy characters (you might remember him as the Nazi Toht in Invaders of the Lost Ark), director Sidney Hayers has no trouble getting a menacing character into the frame.

But Lacey, too, is soon eclipsed, replaced as potential mutilator-in-chief by Peter Jeffrey as Max, an old flame – he and Mrs Peel met in Berlin – still carrying a torch.

So we’ve got three potential stalkers, two red herrings and one big old house. As the production design grows increasingly paranoid – giant playing cards, a scratchy old German song (Mein Liebling, Mein Rose by Whispering Carl Schmidt) being played again and again, everything takes a rather Lewis Carroll turn and Emma is ends up eventually running around a house filled with voices coming from every direction. However, Steed has finally bestirred himself and is hobbling towards the fog-shrouded house. To the rescue!

This is top-notch 1960s TV. The production and sound design are excellent, the screenplay weird yet taut, the casting and playing perfect, the direction cinematic and economical and Laurie Johnson makes a significant contribution with the German song, which he wrote.

Even so, the Cathy Gale original has the edge. Perhaps those big old clunky TV cameras with their Dalek-like glide are better at connoting paranoia. Or perhaps it’s just that black and white suits the Dark Old House genre better. 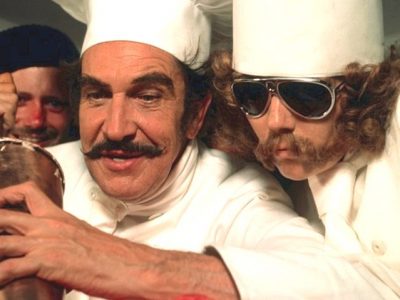 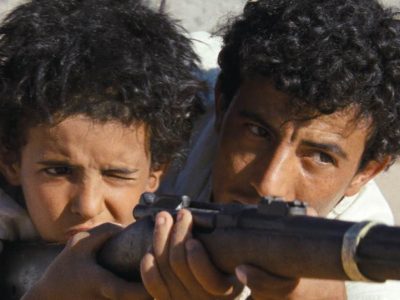