So we come to the end of The Avengers journey with Bizarre, 33rd episode of the final season.

The show started in January 1961 and was literally about an Avenger, Ian Hendry playing David Keel, a doctor going on a restorative-justice rampage after his wife was killed by drug smugglers. And it ends here in May 1969, having morphed from a crime-based show shot as live in black and white on big TV cameras into something a lot more spytastic, shot on film with all the gloss you could muster on a TV budget.

The early (surviving) episodes are almost unwatchable now, the terrible telecine transfers making them even lower in visual quality than the 405-lines original TV broadcasts, though there is a lot to be said for watching talented performers reacting with lightning reflexes to the demands of the live situation – runaway cameras, fluffs, corpses, doors in studio set-ups that refuse to stay shut etc. It was here that Patrick Macnee really proved his worth.

Personally, having now watched them all, it’s the late-era Cathy Gale episodes that hooked me most. The combination of early-years grit and later-era spy-fi made for good stories, and the interplay between Honor Blackman and Patrick Macnee was both enjoyable and credible. Not in a million years was Cathy Gale going to sleep with Steed – unless she killed him afterwards.

As for Tara King, the sexual chemistry is all wrong between her and Steed, though the production team will insist on it – at more than twice her age (47 to Linda Thorson’s 22-ish) Patrick Macnee is simply too old.

As Tara, the charming and nimble Thorson has been treated poorly in what has been a weekly display of extreme bad faith on the part of producers Brian Clemens and Albert Fennell. She has, rather nobly, risen above it and delivered in episodes that often barely required her presence.

And so to Bizarre, the last episode to be made and broadcast. And it’s fitting for a series that was now, starved of US finance, officially dead, that’s it’s all about the deceased, or people who refuse to stay dead, the episode getting going with a woman in a distraught condition and dressed in her nightclothes wandering barefoot across a snowy field.

She’s played by Sally Nesbitt, (incidentally the daughter of Lord Hunt of Everest-climbing fame), but is to all intents and purposes a late-era 1960s young woman – dolly bird with a gothic overlay (think Julie Driscoll of This Wheel’s on Fire fame). Her only purpose, in an episode with more embellishment than foundation, is to direct us towards what spooked her – a coffin on a train containing a man who wasn’t dead.

The action moves on, to the Happy Meadows cemetery, the “in” place to be buried. It’s run by a man called Bagpipes Happychap – named thus by a father as an act of retaliation against a mother who’d promised her husband a squealing bundle of joy.

“We make death fun,” says Happychap, played by the great Roy Kinnear, who twinkles, flinches, gurns and eye-rolls his way through the episode as only he can. There’s even a little comedy run at one point.

And that’s about it. The action keeps returning to Happychap as Steed and his sidekick – not Tara King but James Kerry as agent Cordell for the most part – work on a case of missing City of London gents, with all trails leading back to Happy Meadows. And once the two agents get back there, they order yet another exhumation, which reveals yet another empty coffin, much to Happychap’s increasing distress.

The “dead men” are all aged financiers and all is eventually revealed in a plot turn that makes no sense on any level. Instead it’s best to see the whole episode as an exercise in gallows humour, lightly influenced by the work of Joe Orton, who was wont to mix up death and having a good time in plays like Entertaining Mr Sloane and Loot.

The performances are particularly ripe and are the main reason for watching and once again you realise how heavily British TV leans on excellent character actors. Fulton Mackay turns up at one point, in brownface as an Indian fakir on a bed of nails, a joke which manages to excuse itself before the accusations of racism can be got ready, just about.

It’s a bellowing walrus of camp, in other words, and a “bizarre” way to end the series.

Though it doesn’t end quite there – in a little coda, Steed and King ascend into the heavens in a Saturn V rocket (stock moonshot footage coming in handy here), before Mother turns and addresses the camera. “They’ll be back,” he twinkles, “You can count on it.”

Kind of true. There was a stage play and The Avengers rode again on the radio in 1971. The New Avengers arrived in 1976. There was also the disastrous 1998 film starring Ralph Fiennes and Uma Thurman, in which everything was wrong, right down to Steed’s bowler. More recently there have been audio re-recordings, first of the lost episodes of series one, later the entire series.

But really, that was it. As the 1960s petered out, so did the show. You could draw parallels with The Beatles – the raw early years followed by increasing levels of phantasmagoria, the progressive yet backward looking modus operandi, the grip on the public imagination – but let’s not get too carried away. 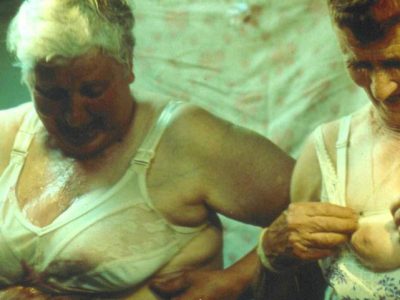 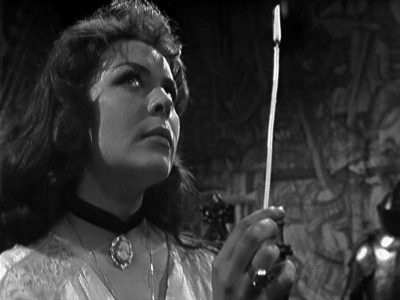 The Avengers: Series 3, Episode 12 – Don’t Look Behind You 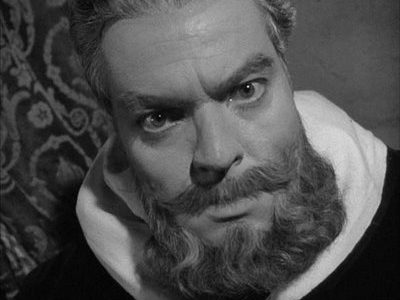