The Films of Paolo Sorrentino

Paolo Sorrentino’s latest film, La Grande Bellezza (The Great Beauty) is a portrait of Rome through the eyes of a world weary writer. It’s being hailed as Sorrentino’s La Dolce Vita and stars Sorrentino’s Marcello Mastroianni, Toni Servillo. It’s close to a masterpiece in other words, making this a good time to take a look at the career of Italy’s best film-maker right now. Firmly in the tradition of the 1960s generation of Fellini and Visconti, yet clearly his own man too, Sorrentino’s films are intelligent, engaged, stylish, beautifully made and intriguing – they’ve got the lot, in short.

Sorrentino’s debut feature also saw him team up with Toni Servillo for the first time, with Servillo playing an ageing crooner whose nightly ritual of sing-snort-shag is brought to a premature end when he’s caught having sex with an underage girl. Meanwhile in a parallel world of storytelling and despair, we follow a footballer whose assured future of playing and then coaching is brought to a premature end by injury. Transmuting these earthbound stories is Sorrentino’s approach – dream sequences, ballerinas, fish. Though not entirely satisfying, it’s an unusual Fellini-tinged debut which marked out Sorrentino as a man to watch.

One Man Up – at Amazon (no English subtitles)

We’re following Toni Servillo again, who plays a mysterious and very quiet man who lives alone in a Swiss hotel, where he seems to be slo-mo-ing towards death with an entirely uneventful life punctuated by a regular delivery of cash and a regular injection of heroin. Meanwhile, an employee at the hotel (played by Olivia Magnani, granddaughter of Anna) has half an eye for him, an eye that might offer him a chance of life again. Or will it? From the opening shot, Sorrentino’s cool – in look, mood, lighting, style – and very Italian version of film noir is entirely gripping. That we’ve no idea what’s going on until the film is nearly over only makes Sorrentino’s triumph all the more complete.

The Consequences of Love – at Amazon

We’re deep in a Fellini-esque world of grotesque in Sorrentino’s hugely ironical and highly digressive film about the “family friend”, a money lender who uses his financial heft to secure access to young female flesh. And what female flesh Sorrentino has assembled – take one look at Laura Chiatti and whistle “mamma mia”. And counterpointed against this female beauty is the figure of Geremia (Giacomo Rizzo), the ageing old lecher with dyed hair, a Gollum-esque walk, a wheedling voice. As with The Consequences of Love, Sorrentino creates a world populated by people who seem to be stunned by life, an absurd overheated world of farce run through a refrigerator.

The Family Friend – at Amazon

Sorrentino’s political drama about Giulio Andreotti must be the best drama about a politician that’s been made for decades, possibly ever. Toni Servillo plays the reptilian Andreotti, the first prime minister after democracy was restored in 1946 and a politician who kept high office until the 1990s, and influence until he died in May 2013. It is the story of a modern Italian politician as a direct scheming descendant of the Borgias, a goodfellas story that manages to spill the beans on the how and who of Italian corruption in high places but does it with an operatic style so heady with gorgeous technique that the technique threatens to overwhelm its subject. Except that its subject is so superabundantly crooked that he can take it.

Sorrentino’s first English language film saw him getting Sean Penn to dress up like Robert Smith of the Cure to play an ageing goth rocker whose round of self-absorption and tax exile in Ireland (where he is attended to by Eve Hewson, daughter of Bono) is broken by his decision to become a Nazi hunter. If that sounds odd enough as a set-up, this very peculiar road movie (stopping off for a song by David Byrne, whose True Stories is clearly a model), delivered in flat monotone by Penn throughout, eventually builds towards a feverish climax in which the good guys appear to be being painted as cruel and vengeful and the old Nazi they’ve tracked down is used as a receptacle for the milk of human kindness. Revenge is a dish best served not at all seems to be Sorrentino’s idea, in a return to some of themes and procedures of The Consequences of Love.

This Must Be the Place – at Amazon

There is also a box set worth having  here. It contains One Man Up (with English subtitles, unlike the standalone dvd), The Consequences of Love, The Family Friend and Il Divo. 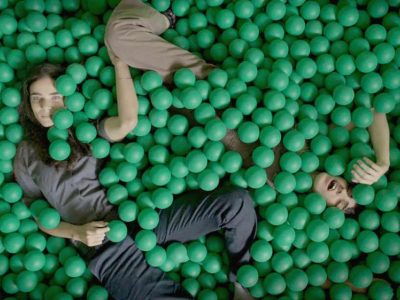 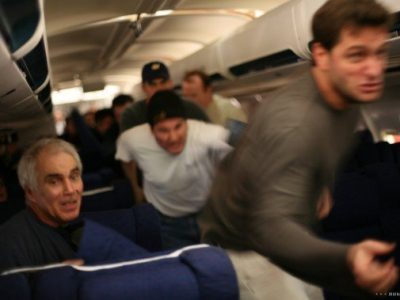