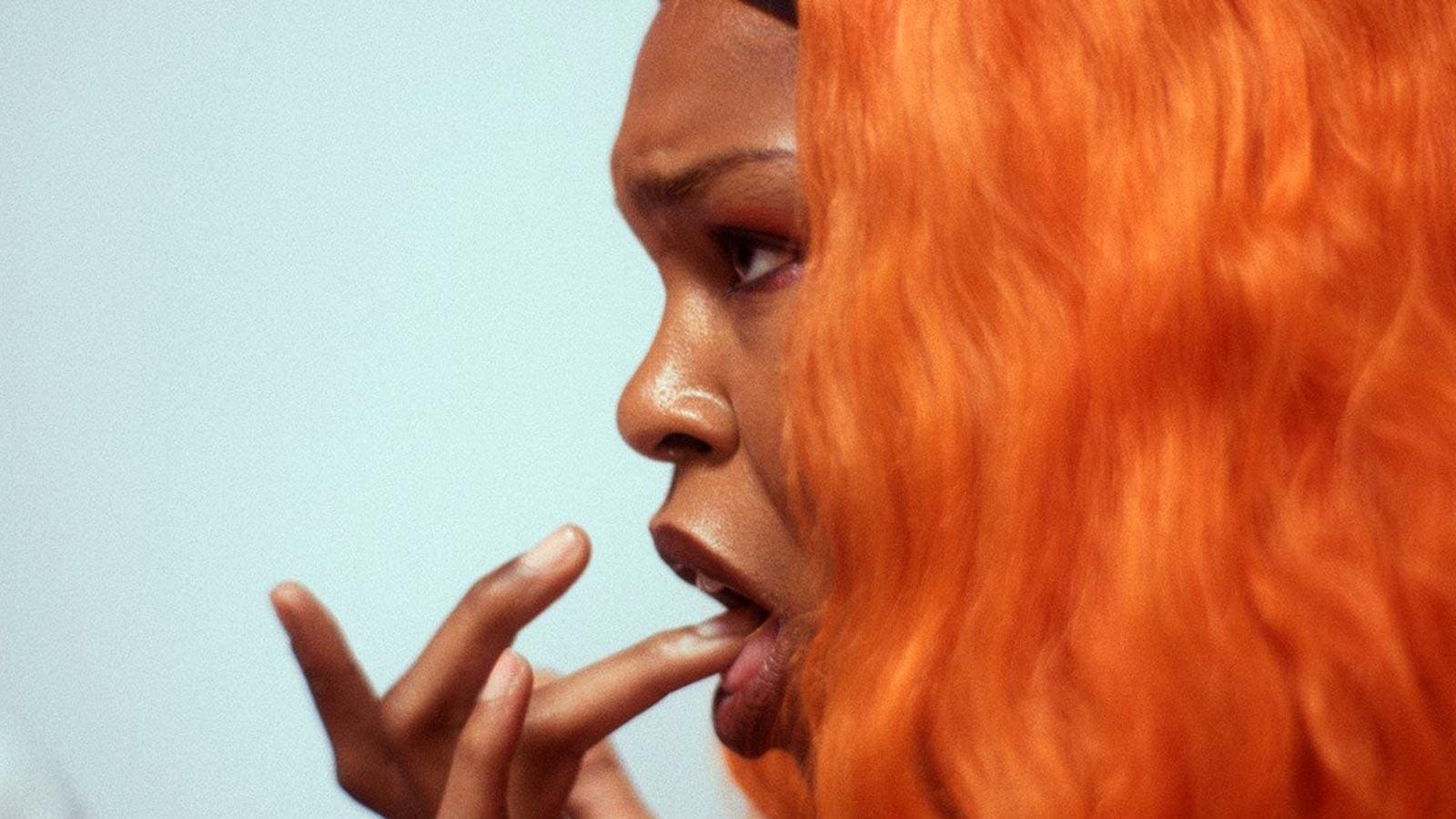 The African Desperate probably set out to give some viewers an attack of the vapours. Job very much done – it’s divided critics right down the middle, with as many one star reviews as raves.

How you react to it probably depends on your knowledge of, and attitude to, art school and art students, particularly ones who are way too cool for school and who pepper every sentence with references to post-colonial theoreticians and the like. A life in other people’s words, on other people’s wits.

Who doesn’t enjoy a bit of make-believe – I loved it. It’s an acid satire blurring the line between savage takedown and knowing complicity precisely because it comes from the world it’s satirising, this being the debut feature by Martine Syms, a black American mid-thirties artist with funky hair who has made a career of taking a satirical even jaundiced view of issues around identity and representation.

It’s no great stretch to see her lead character, Palace (Diamond Stingily), a mid-30s black American with funky hair, as an avatar for Syms. We’re introduced to Palace on her last day at art college where she is being given a viva by four of her tutors, a foursome of really quite exceptional awfulness who don’t seem to be able to express any view on anything unless it has first been sanctioned by some exalted social theorist or other.

So far, so cultural Marxism. These opening scenes seem to be suggesting one sort of film – one set in a single room, with Palace on one side being coaxed out of her guarded, sarcastic, “fuck you” position by inquisitors who are gradually going to be revealed as, under it all, racists.

Syms hints at this trajectory and then she pulls out of that to give us something quite gloriously different. An old school rites-of-passage movie à la American Graffiti, wherein Palace spends her last day at college before heading off on the rest of her life, settling scores, saying things that should have been said long before, declaring and undeclaring love, all while getting absolutely wasted on ketamine and ecstasy, dancing and DJ-ing, the full enchilada, all done through a screen of “too cool for this shit” artschool speak that threatens, at moments of particularly high tension, to break down into standard American high school juvenilia.

The empress has no clothes and yet is also awesomely impressive appears to be Syms’s cake-ist approach. Palace – what a name – is entitled and yet also worth it.

Migraine sufferers, take a pill before connecting. Syms does it with screens breaking out of screens, a soundtrack that blips and beeps, colours pumped to the max, a camera that wheels and dives according to whether it’s the ketamine (duuuuuh) that has the upper hand or the ecstasy (weeeeee). Mushrooms too, and weed.

In its vicious jump cuts it’s the French New Wave, in its portrait of gilded special somebodies it’s Andy Warhol’s crowd, all dragged into a more precarious 21st century. Running like a refrain through the second half of the film, as Palace attends the end-of-school party she’s told everyone she’s not going to go to, is her search for a phone charger. In the end, for all the references to Sylvia Wynter or Isabelle Graw, it’s the mundane that wins out.

Post-racial, post sexual, post-blaah – Syms has bulletins from the frontline of all that too, dropped in when least expected, like the monologue delivered by a (never seen) angry black man who’s just been fired by his “racist white bitch” employer. A reminder that, out there in the less cosseted real world, the old realities are still the old realities.

The choice for artists who become moviemakers has traditionally been either to go the Steve McQueen route and embrace Hollywood or embrace the Matthew Barney route and make films for the artschool aficionado. Syms has tried to synthesise the two and has pulled it off, aided by a really skilfull performance by the endlessly deadpanning Stingily and a screenplay that’s full of brilliant and funny observation. You may hate it.

The African Desperate – Watch it/buy it at Amazon