Two opinions of Bacurau from Amazon’s Top Reviews of this film. “One of the worst movies we have ever seen,” said Scout in a one star thumbs-down. “We were both regretful that we paid to give away time that we cannot get back watching a movie that was this painfully stupid.” On the other hand Cameron Brady, giving Bacurau five stars, said, “This movie is simply fantastic. It touches on subjects of socioeconomic disparity, racism, colorism, etc. but keeps a certain humor and charming weirdness as well.” I can sympathise with both points of view. If what you want is a good strong story told in an efficient way, Bacurau is a load of crap. If you’re after something that’s really a movie about movies – with genre teases and in-jokes scattered throughout – your bus to referential heaven has arrived.

“We have taken a powerful psychotropic drug and you are going to die,” says kindly magisterial teacher Plinio towards the end of Bacurau at about the point where the plot has finally declared itself. He works at the dusty, dry Brazilian town’s local school, the Escola João Carpinteiro – translated out of Portuguese that’s the John Carpenter School – and says this about the point that it’s become more obvious that we’ve been watching a psychedelic version of Carpenter’s Assault on Precinct 13, except the Precinct is now a remote Brazilian village and the assaulters are a gang of out-and-out weirdos armed to the teeth.

The Carpenter influence was obvious all along, in retrospect. That was even one of his bouncy synth tunes on the soundtrack a bit earler. But there’s a mountain of spaghetti western in here too, the trippy sort that you find in Jodorowsky’s El Topo. And is it fanciful to suggest that the structure – snapshots of different people and events just kind of loosely montaged together – owes something to Altman’s Nashville? I came and went on that thought.

A herd of wild horses stampedes through the town. Two randoms are having sex in a side room. A pair of bikers show up in lurid one-piece outfits. A mad guitarist serenades anyone who’ll listen to his impromptu songs. A butt-naked old dude mists his hothouse succulents and air plants.

And then a flying saucer arrives. By this point it doesn’t seem out of place. But there is a nominal focus for the action – Teresa (Bárbara Colen), daughter of teacher Plinio (Wilson Rabelo). She has arrived back in town for her grandmother’s funeral, to find that it’s got no water. Eventually a truck carrying water turns up, but it’s been shot full of holes. After that the two oddly attired bikers arrive. And not long after that onto the screen climbs Udo Kier, patron saint of the bonkers movie, as the leader of a gang of psychopaths who are going to menace the village for reasons that never really become clear. It doesn’t matter. The plot is not the point.

Those looking for an allegory could zoom in on the fact that the village seems to pivot around teacher Plinio and fierce doctor Domingas (Sonia Braga), rationalist forces confronting the psychos, all from more developed countries, by unleashing a secret weapon of their own – Lunga (Silvero Pereira), a nutjob who lives a safe distance away but is there to be called in on occasions just like these.

At one point the psychos have a weird conversation about race, in which light-skinned “dark” people are compared unfavourably to dark-skinned “white” people. It’s obviously a scene designed to point out how irrational alt-right demagogues like Bolsonaro can be (because they’re the target, surely). Popping a bizarro cherry on all this is the fact that the psychos seem to be on some sort of vacation break – they appear to have booked this blood-frenzy weekend as part of a tourist package deal. More allegory.

At a stylistic level it’s a brilliantly made film, full of old fashioned stylistic quirks like wipes to change scenes. Technically, it’s modern through and through, a pin-sharp bright and clean-looking film delivered in the way only digital can do (on this budget).

Kleber Mendonça Filho and Juliano Dornelles have worked together several times, with Dornelles usually on production design. Here he gets a co-director credit. Quite who did exactly what isn’t clear but something’s changed since their last film together, 2016’s Aquarius, which tackled social issues (and also featured Sonia Braga) in a much soberer, more straightahead fashion. Perhaps that’s the film one-star Scout should watch.

Bacurau – Watch it/buy it at Amazon

Director: Juliano Dornelles, Kleber Mendonça FilhoWriter: Kleber Mendonça Filho, Juliano DornellesStars: Bárbara Colen, Thomas Aquino, Silvero PereiraSummary: Bacurau, a small settlement in Brazil's remote backcountry, is shaken by the death of its elderly matriarch. But something strange is happening in the village, and there's little time for mourning. The water supply has been cut off, animals are stampeding through the streets, and empty coffins are turning up on the roadside. One morning, the villagers wake up to find their home has disappeared from satellite maps completely. Under threat from an unknown enemy, Bacurau braces itself for a bloody, brutal fight for survival. 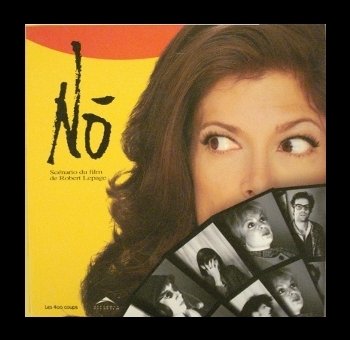 The Avengers: Series 4, Episode 23 – The House That Jack Built