Aubrey Plaza fans, here’s your film. In Black Bear she plays one, two, three or even four roles, depending on how you’re counting, as an actor/director trying to hash out a screenplay out in a cabin in the woods.

From the first instant that Allison (Plaza) arrives at this B&B “for creatives”, as owners Blair (Sarah Gadon) and Gabe (Christopher Abbott) put it, it’s obvious there’s going to be trouble. She, a self-declared “difficult” actress who went into directing because no on would employ her any more, immediately starts that bantering, joshing to and fro with host Gabe which indicates that she fancies him. As they walk up from the main gate, he responds similarly, even though he has a pregnant partner (Gadon) up at the house, who instantly sniffs which way the wind is blowing when she gets to meet Allison.

At dinner that night drink is taken, and the obvious differences between Gabe (a conservative) and Blair (a liberal) get a thorough outing. Relations deteriorate and Allison finds herself in a Who’s Afraid of Virginia Woolf whirl of shouting and acrimony. If Gabe is going to cheat on the pregnant Blair then this might be his moment. Allison is looking wanton in an old fashioned way and earlier that day she’d made sure Gabe saw her heading for the lake in her red swimsuit cut very high on the thigh so… you know…

A rapid change of gears. The same three characters – Gabe, Blair and Allison. The same location – the cabin out in the woods. Except now the three of them are in the middle of a film shoot. Now it’s Gabe (Abbott) and Allison (Plaza) who are the item and Blair (Gadon) isn’t pregnant. She’s a support actress in a film being directed by Gabe. Allison is his star, an incredibly difficult one, drunk, hysterical and needy. Gabe, meanwhile is conspiring with Blair to make Allison think he’s cheating on her, to provoke her into giving the performance of her career.

There’s no need for any more plot than that, except to say that this collision of one reality with another does not stop there; there’s yet another reality floating in distorted meta style above all of them.

It sounds confusing on the page but it’s less so on the screen, though that doesn’t mean this isn’t an immensely tricksy drama (horror movie?). It’s improved a lot by writer/director Lawrence Michael Levine’s decision to make the second half of the movie also a dramatised look at the making of an indie movie – the First AD with volcanic diarrhoea, the cameraman with an eye for the leading lady (or has she got an eye for him?), the wardrobe guy valiantly being the cool professional, the continuity person too stoned to keep up, the lesbian sound person trying to hit on the latest ingenue to come her way. Levine’s restless camera catches them all as the chaos builds, Gabe struggles to keep a grip and his star goes into a spectacular meltdown on and off camera.

Ingmar Bergman’s Persona lurks conceptually in the background somewhere, as Plaza, Gadon and Abbott work their way through an actorly exercise in shifting characters and emotional registers. All are excellent – it’s Plaza’s film, no doubt, and Gadon only really has a chance to shine in the first half. It’s Abbott, who was so wan recently in Possessor, who is the real surprise, revealing himself to be an actor of more range, subtlety and skill than I’d seen before.

Is it a horror film though? Yes, I think it is, an arthouse horror at some level, with unrestrained ego rampant as the “black bear”. Another great movie to add to the list of ones set in a cabin in the woods – 2002’s Cabin Fever, 2009’s Antichrist and 2011’a Cabin in the Woods (of course) being three that spring to mind. But then there was the terrible Secret Window (Johnny Depp in a Stephen King story) so let’s not get carried away. 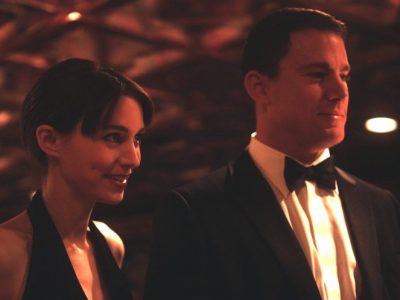 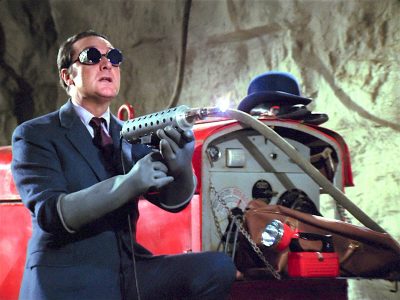 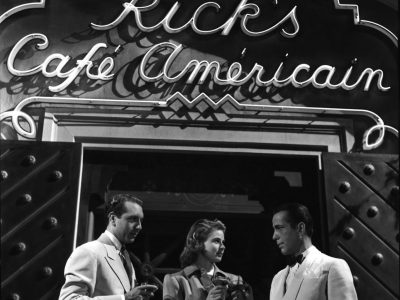