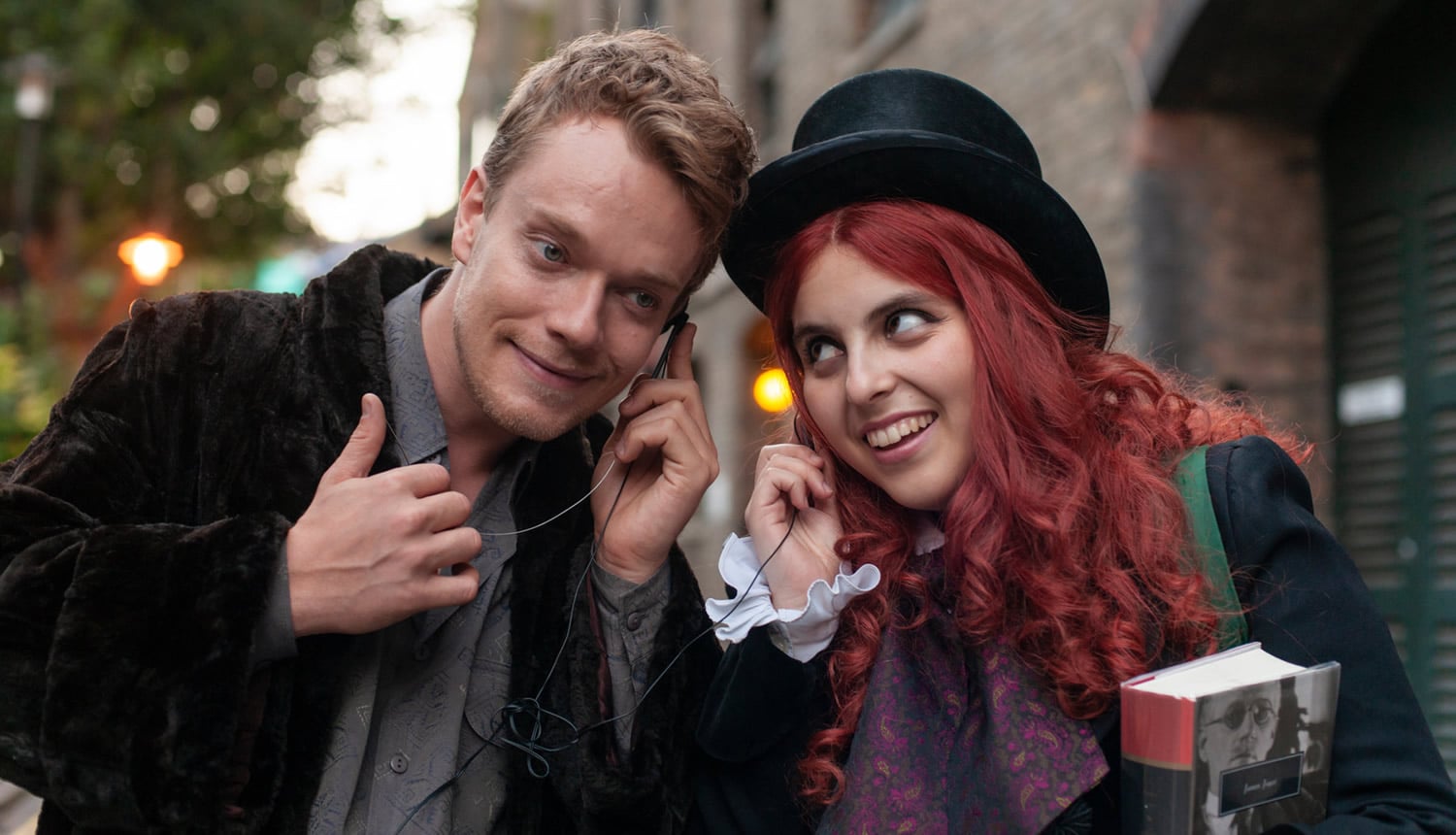 How to Build a Girl

How to Build a Girl is the slightly – but not very – fictionalised story of Caitlin Moran, the British writer from the Midlands who published her first novel aged 15, was writing for the music paper Melody Maker aged 16 (gigs by night, home-schooling by day) and had her own column in the Times newspaper aged 18. She’s still writing for them.

In the same way that journalism is not literature, this film is not a masterpiece of considered thought. Exactly as it should be, it’s a slightly chaotic, borderline marvellous yet reasonably forgettable dramedy charting Caitlin’s rise, fall and rise again in classic “had it, lost it, got it back” arc, with Beanie Feldstein playing Johanna, to all intents and purposes the smart wonderchild blundering her way to success.

Feldstein, so good in her breakout, Booksmart, is great casting as the Wolverhampton teenager. She’s a very plausible complex teenager who just wants to be a writer and nothing else. This self-absorbed young woman has a rich fantasy life and a gallery of “heroes” on her bedroom wall (among them Sigmund Freud, Emily Bronte, Karl Marx, Maria von Trapp) who talk to her and offer encouragement. It’s when Johanna improbably gets hired by a music paper after she sends in a critique of the soundtrack to the musical Annie that How to Build a Girl takes off.

What Johanna doesn’t realise is that these journo dudes, all guys, all too cool by half, have got her in as a big joke. She’s there for some ritualistic belittlement, after which she’ll be sent packing back whence she came.

But they hadn’t quite reckoned on Johanna’s enthusiasm, her secret weapon. And the fact that she’s whip smart, and can bang out copy at speed. From here the story is one of Johanna gaining a toehold on London and then losing her way, her head turned by the big city, her growing fame and a romantic crush on big star John Kite (Alfie Allen). She becomes a bitch, in short, before having an epiphany that puts her back on the right track.

It’s all (eventually) very affirmative and yay, go girl, stuff, but it’s also grounded in an everyday ordinariness that gives it heft. Paddy Considine plays Johanna’s endlessly enthusiastic dad, a guy who swam in the shallows of the music biz in the 1960s and has possibly left part of his mind there. Sarah Solemani plays her caustic mother, another fantastic performance. Neither gets a whole lot of screen time but they’re there enough that we understand where Johanna got her smarts from (mum) and her energy (dad).

This is a film that will have most relevance to UK audiences, who will recognise, for instance, the actors playing the “heroes” on Johanna’s wall – Mel Giedroyc (sister of director Coky), Sue Perkins and Alexei Sayle alongside more internationally known properties like Gemma Arterton (Maria Von Trapp) , Chris O’Dowd and Michael Sheen.

Today the era of the British music press is over. Melody Maker is gone, as is Sounds. Only the New Musical Express still exists, as an online brand rather than as a “rock inkie”. As Johanna arrives at the D&ME (the NME, lightly disguised), in much the same way as Moran arrived at the Melody Maker, the BritPop era is getting underway and the British music press is about to play a key role, high on its own importance (and cocaine) and unaware that this is its last hurrah.

Giedroyc catches the sexism and the slight absurdity of it all, as well as the mad romance of British music papers in their pomp, as well as the vibe of guys who are all desperate to succeed but too cool to let on how hard they’re trying.

It’s Johanna’s on-off relationship with coolness, and what it really means, and her understanding of what it means to be a “girl” in a world like this that the film is really all about.

How to Build a Girl – Watch it/buy it at Amazon

Director: Coky GiedroycWriter: Caitlin MoranStars: Beanie Feldstein, Cleo, DÃ³nal FinnSummary: The novel charts the journey of teenager Johanna Morrigan (Beanie Feldstein), who reinvents herself as Dolly Wilde: fast-talking, lady sex-adventurer, moves to London, and gets a job as music critic in the hope of saving her poverty stricken family in Wolverhampton. —variety