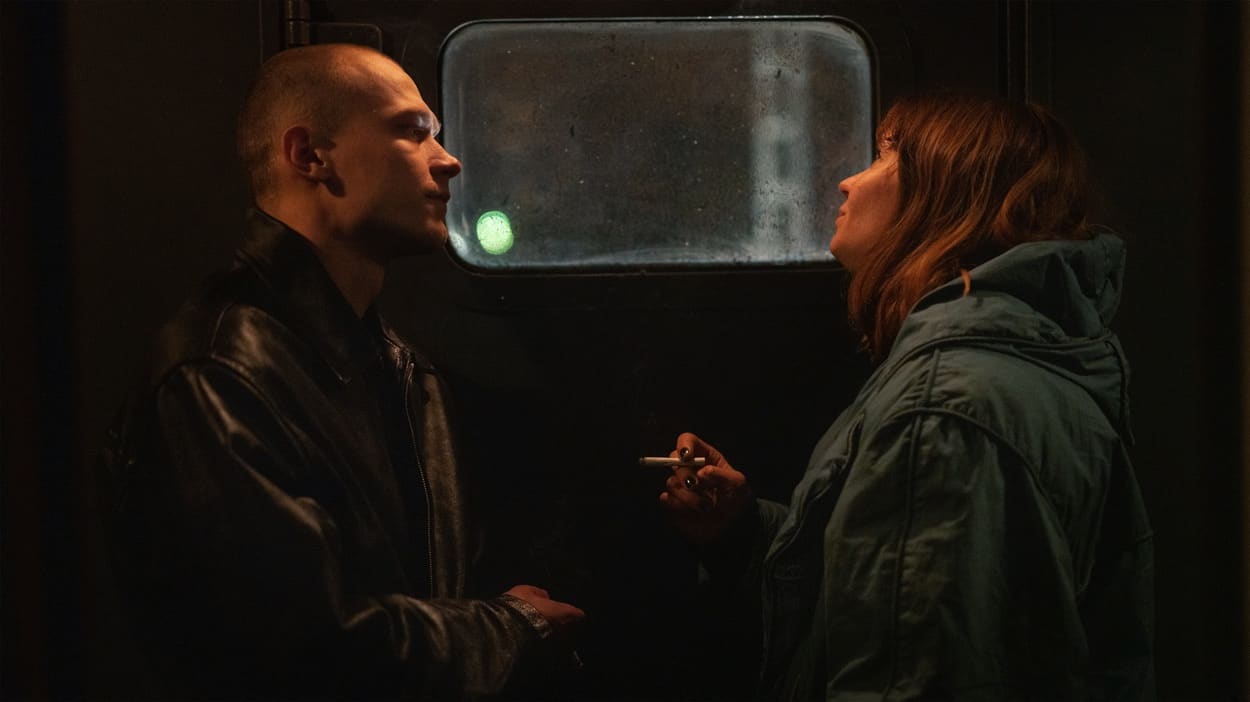 Compartment Number 6 has been described as a Finnish Before Sunrise but in fact it’s closer to It Happened One Night minus the jokes, since it’s a story about two people who really don’t get along suddenly finding they do get along, sort of.

At the risk of banging on about a different subject for too long, Before Sunrise was Ethan Hawke and Julie Delpy – two gorgeous, similarly minded and largely footloose people – on a train together and it was less a case of will they/won’t they and more a nailed-on certainty that something was going to happen between them, if only they’d get a move on.

Here, we’re more in Clark Gable and Claudette Colbert territory. Not much in common and a near unbridgeable gulf in terms of class (in the 1934 film he was a journalist, she a poor little rich girl). Laura (Seidi Haarla) is a young Finnish woman studying in Moscow who is on her way to see the recently discovered petroglyphs (rock paintings) in Murmansk. She had intended to go with her partner, Irina. But Irina, a flighty thing, has pulled out at the last minute (and may well have pulled out of the whole relationship, Laura is increasingly beginning to think). So Laura has decided to make the long train journey north alone. She is reserved, inward-looking, clever intellectually but possibly dumb emotionally – how many coolly received phone calls to Irina will she put in before the penny drops?

Ljoha (Yuriy Borisov) is the guy she’s sharing a sleeping compartment with – you get what you’re given – a lairy young miner on the way to a job, also in Murmansk, and he intends to travel there swigging vodka and tearing big chunks out of the piece of sausage he’s plonked down on the table on his side of the compartment.

Their opening exchanges don’t go well. He thuggishly asks her if she’s on the train to sell her “pussy”. Indignant, she makes herself scarce, and by the time she returns – having tried and failed to swap compartments in the interim – he’s unconscious on drink.

While Kuosmanen twirls these two around each other in a series of funny little adventures during which each starts to appreciate the other, he gets on with what the film might, in fact, be really about – a portrait of Russia in the post Soviet era. When Compartment No. 6 is set isn’t entirely clear. Laura listens to music on a Sony Walkman. That Euro-hit Voyage, Voyage gets a moment in the sun. There is a reference to the film Titanic. So late 1990s most likely, just before mobile phones became widely available and changed everything.

The picture it paints is an affectionate one of a vast, wintry and battered country with a glorious underlying splendour. A sleeping beast. Huge swathes of productive land. The big old buildings in the cities they stop at, like St Petersburg. The infrastructure that works, just about. The cosiness of daily life. The generosity and openness of the people. The importance of vodka. A love letter, albeit a compromised one, in the same way that the story of Ljoho and Laura is one about love, within limits.

The playing of Yuriy Borisov and Sidi Haaria is just right – they feel like real people, though actors in other smaller roles also impress, like Yuliya Aug as the severe train guard whose attitude will soften as the journey goes on.

It’s nearly all shot on trains, the confined spaces and underlit spaces really helping with what is also an exercise in tension-building as we start to identify more and more with the main characters. The train is heading all the way north but how far are these two going to go? Wait for the scene where Laura and Ljoha finally smile at each other, and see if you can prevent yourself from doing the same.