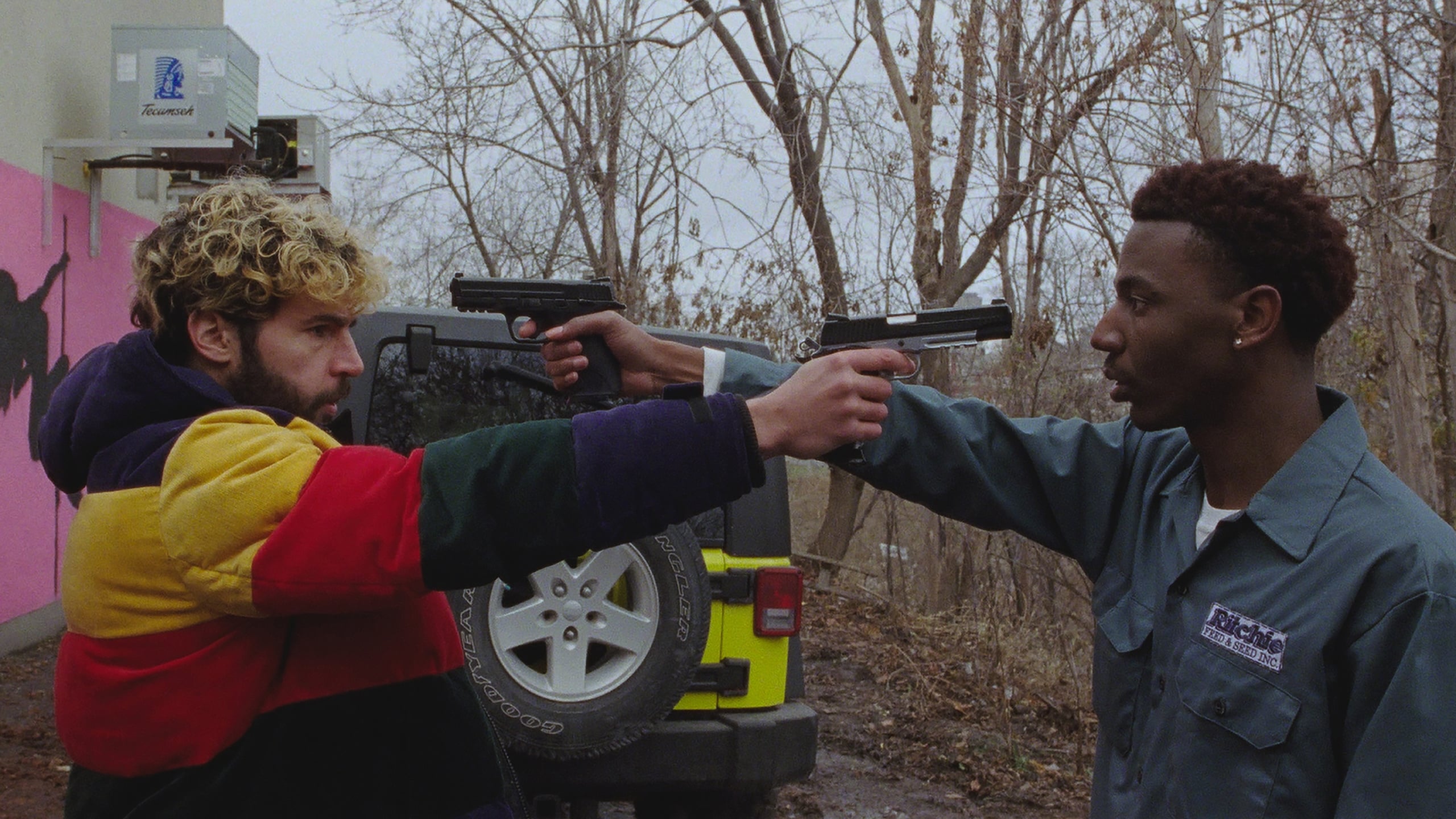 Like a Butch and Sundance but with no glory days in the rearview, On the Count of Three is the story of two desperadoes riding towards their moment of reckoning, and opens with Val (Jerrod Carmichael) and Kevin (Christopher Abbott) taking aim at each other’s heads, in a moment of pre-planned mutual annihilation.

It’s billed as a comedy, a black comedy some say, though Val and Kevin aren’t particularly funny, and the situations they find themselves in aren’t either. But Ari Katcher (who helped write Carmichael’s TV series) and Ryan Welch (who’s got SNL on his resumé) are comedy writers and comedy writers write comedy, right?

Val and Kev are both mid-30s arrested-development types, Val stuck in a deadbeat job, Kevin in an institution after a lifetime of psychiatric intervention, and both of them sick to the back teeth of what life has served them so far. Val has a girlfriend, who’s just dumped him. Kevin is more the incel. They are bosom buddies, probably in love with each other more than any other individual. Val busts Kev out of the hospital, in a One Flew Over the Cuckoo’s Nest moment and the two head off together into freedom.

That’s the film, essentially, these two riffing off each other as they try to tie up the loose ends before having a second crack at mutual suicide at the end of this, their very last day on earth.

Comedy? If you insist. “How are guns even legal?” asks Kevin on a couple of occasions on his fateful gun-filled final day, which did twitch the corner of a lip. And there are appearances by people you’d associate with comedy, like Tiffany Haddish, as Val’s ex-girlfriend, sick of his man-boy failure to grow up, and Henry Winkler as the shrink who made a lasting impression on Kevin as a child, for all the wrong reasons. Winkler in an ill-fitting brown wig, backlit in an attempt to roll back the decades, there’s some fun to be had there.

They’re an intensely likeable pair, Val and Kev, and Carmichael and Abbott play well off each other as these two guys sit on the edges of a terrain most often stalked by guys who go on to commit mass shootings, as both Val and Kev acknowledge, though mass shootings are white-guy territory, as Val points out. In one of the film’s several little flirtations with the subject of race in the USA in the 21st century, Kevin responds by offering coded apologies on behalf of the white population to his oppressed black brother. To Val’s supreme indifference. Another lip twitch.

How to live in a society where achievement is lauded and just grinding along is failure? Is being just an average guy – the sort who works day in day out in a drone job – anything to be proud of?

Carmichael also directs, in the TV style of putting a camera on his subjects and letting them go. Good, clean, straightforward direction. It’s his debut. Abbott, always something of a chameleon, wears his mop of blond highlights like a man born to it. The fact that Kevin likes angsty nu-metal band Papa Roach seems about right, too.

If you want a sad film about losers, fill your boots, this is it. Funny, though? Not sure about that at all.


On the Count of Three – watch it/buy it at Amazon