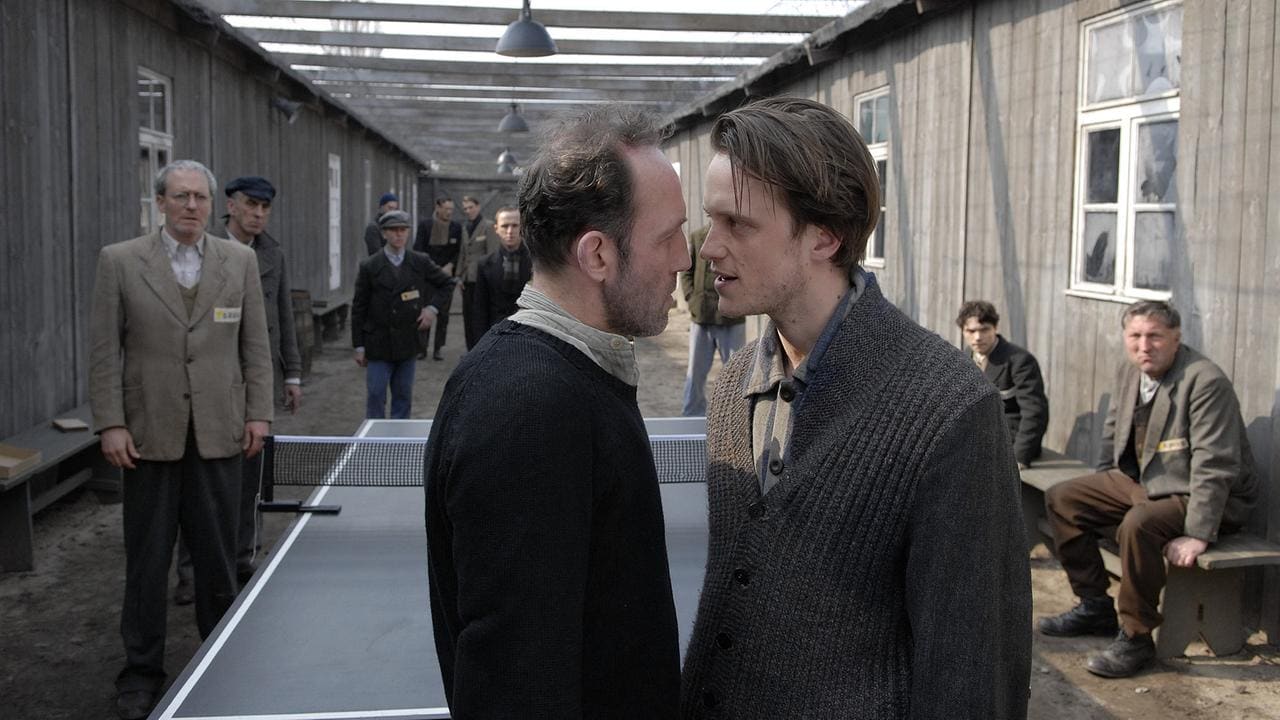 When The Counterfeiters (Die Fälscher) won the Best Foreign Language Film Oscar in 2008, there was disquiet in some quarters. How come Cristian Mungiu’s brilliant 4 Months, 3 Weeks, 2 Days hadn’t even been nominated? Didn’t that glaring omission obviously invalidate all the other entries?

As with most cases of whataboutery, the answer is yes, but mostly no. The Oscars are always a bit of a scrum and for all their claims to objectivity are best seen as industry awards first (ie the “Buggins’ Turn” rule is in play) and guarantors of quality second. In the end The Counterfeiters won and, while not quite a classic on the Mungiu level, it’s a fine film that’s also managed to square a really resistant circle – how to make an entertaining drama set in a death camp.

The story it tells is a true one, of Operation Bernhard, an attempt by the Nazis to destroy first the British and then the US economies by flooding them with counterfeit bank notes. Central to the success of the operation is the participation of Solomon “Sally” Sorowitsch, a forger sent to the camps for being both a criminal and a Jew, and who is now running the money-printing operation out of a special enclave within Sachsenhausen. Outside the printers’ section, things go on as normal in a Nazi death camp. Inside, there is food and a certain amount of luxury, as long as the guys keep coming up with the goods.

If the story sounds familiar, you might have seen a BBC 1981 TV series called Private Schulz which dealt with the same material, from a more wryly amusing angle. Or you might have read the book this film was based on, The Devil’s Workshop, by Adolf Burger, a typographer who was there in Sachsenhausen.

Stefan Ruzowitzky’s film essentially replays the dilemma from The Bridge on the River Kwai, while the charismatic Karl Marcovics (you might have seen him in TV series Babylon Berlin) takes on the Alec Guinness role as the chief architect of a plan whose success will greatly aid the enemy. Self-preservation is one thing, but at what point do more altruisitic concerns come into play?

As the embodiment of this tendency, and in what’s essentially a thankless role, is August Diehl as Burger, the fellow printer urging Sally to blow up the bridge… I mean, sabotage the print run.

The Great Escape features too, as a vibe, in the camaraderie among the men and the attempts to win small victories over the Germans. As does the “banality of evil” of Hannah Arendt, in the shape of Sturmbannfüher Herzog (Devid Striesow), an urbane Nazi who admits to Sally that he used to be a Communist and is now playing along with the Nazis because they’re currently the winning team. We do what we need to get by, eh, he winks at Sally, who realises in that moment where his pragmatism has led him.

Though there are these stock characters – Sally and Burger, “good” German Herzog and his opposite, the brutal Hauptscharführer Holst (Martin Brambach), the excellent cast flesh out their roles with subtle playing. Argentinian tangoes on the soundtrack help Ruzowitzky layer the mood, while the stark lighting (by Benedict Neuenfels) is reminiscent of Old Masters without ever being too cute. Chocolate boxes are the last thing a film set in a death camp needs, and the decision to shoot everything on grainy 16mm seems particularly apt.

Through it all, again subtly, Ruzowitzky repeatedly points out that the Jews in this camp are Germans. They celebrate Fasching, they sing the same songs as their captors, and their efforts at forgery are achieved with a certain Teutonic diligence and application. Perhaps they were Germans first, until Hitler’s racial laws came along

The arrival of the non-fungible token might in time challenge Operation Bernhard as the most significant money-countfeiting operation of all time but until then this is the biggie. And it so nearly worked. What a story – imagine if the Nazis had won the war and the Allies had essentially paid for it.

The Counterfeiters – Watch it/buy it at Amazon