Remember Eric Bana in Chopper, frightening everyone to death as Australia’s most gruesomely violent criminal, Mark “Chopper” Read? There are echoes of Bana the Bad in Deadfall, in which he plays one half of a psycho sibling pair who are heading, unwittingly as far as they and everyone else concerned can tell, for a showdown rendezvous at a Thanksgiving dinner.

Deadfall isn’t half as good as Chopper, though it does give Bana a chance to show us he can still do ugly. If only writer Zach Dean and director Stefan Ruzowitzky had worked out some way of telling the other four stories they’re trying to tell with economy, leaving Bana with more screen time to frighten us.

I’m being unkind. One benefit of the various other plotlines is that we get to see Olivia Wilde playing the sort of cocktease you suspect features in many men’s daydreams. That she’s also meant to be as mad as her brother (Bana), the two of them being on the run from some heist or other, is never entirely believable. But Wilde is hot and maybe that’s enough.

In another plotline, we have Jay (Charlie Hunnam), a nice young boxer just out of prison who, accidentally you understand, does something very violent to the boxing promoter who owes him cash and is forced into hitting the highway to avoid arrest.

In another plotline we have Jay’s parent, played with tender nuance by Kris Kristofferson and Sissy Spacek, wibbling about at home, she wondering if/when her son is going to turn up, he wondering when his son is going to admit he threw some damn fight or other and become a man.

In yet another plotline we have Kate Mara, playing a local cop, the poor wee thing constantly intimidated by the macho police culture and by her father, also her boss. “What if you had to change a tampon?” he barks at her in front of her colleagues, when she asks why she can’t join the manhunt for Bana.

Without detailing the entire plot, Bana spends the film killing people and stumbling through the wintry snow, Olivia stumbles towards Charlie, Kate stumbles towards self-belief and the Kris and Sissy stumble about at home, pretending their characters serve a purpose before they are called on to host the grand finale Thanksgiving dinner.

There is great stuff in here. Mara is actually the most remarkable, in the most disposable plotline, a dainty figure required to show growing resolve. Wilde’s sexual oomph I’ve already mentioned. But the film’s exploration of family – psychotic and otherwise – doesn’t really catch hold until all the various plotlines are hastily gathered together at the redemptive Thanksgiving table, traditionally the site of much family hashing about.

It’s also the first time that Bana has been allowed inside after 90 minutes of bashing about in the snow. The fact that the film only gets going once we can see Bana’s eyes properly is not coincidental. 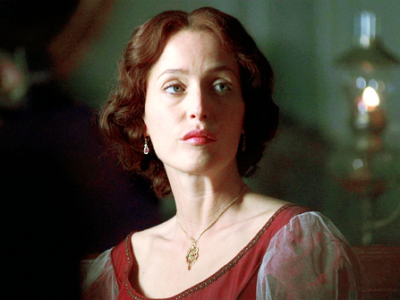 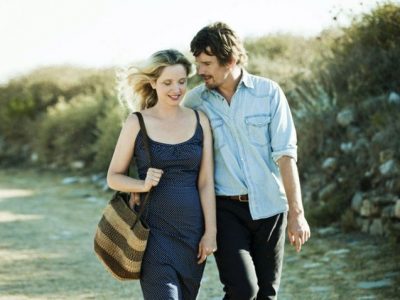 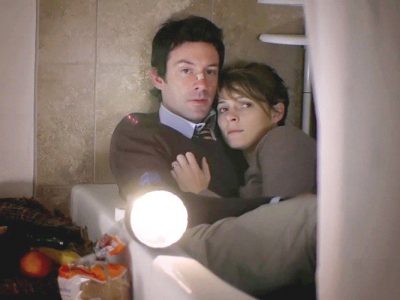