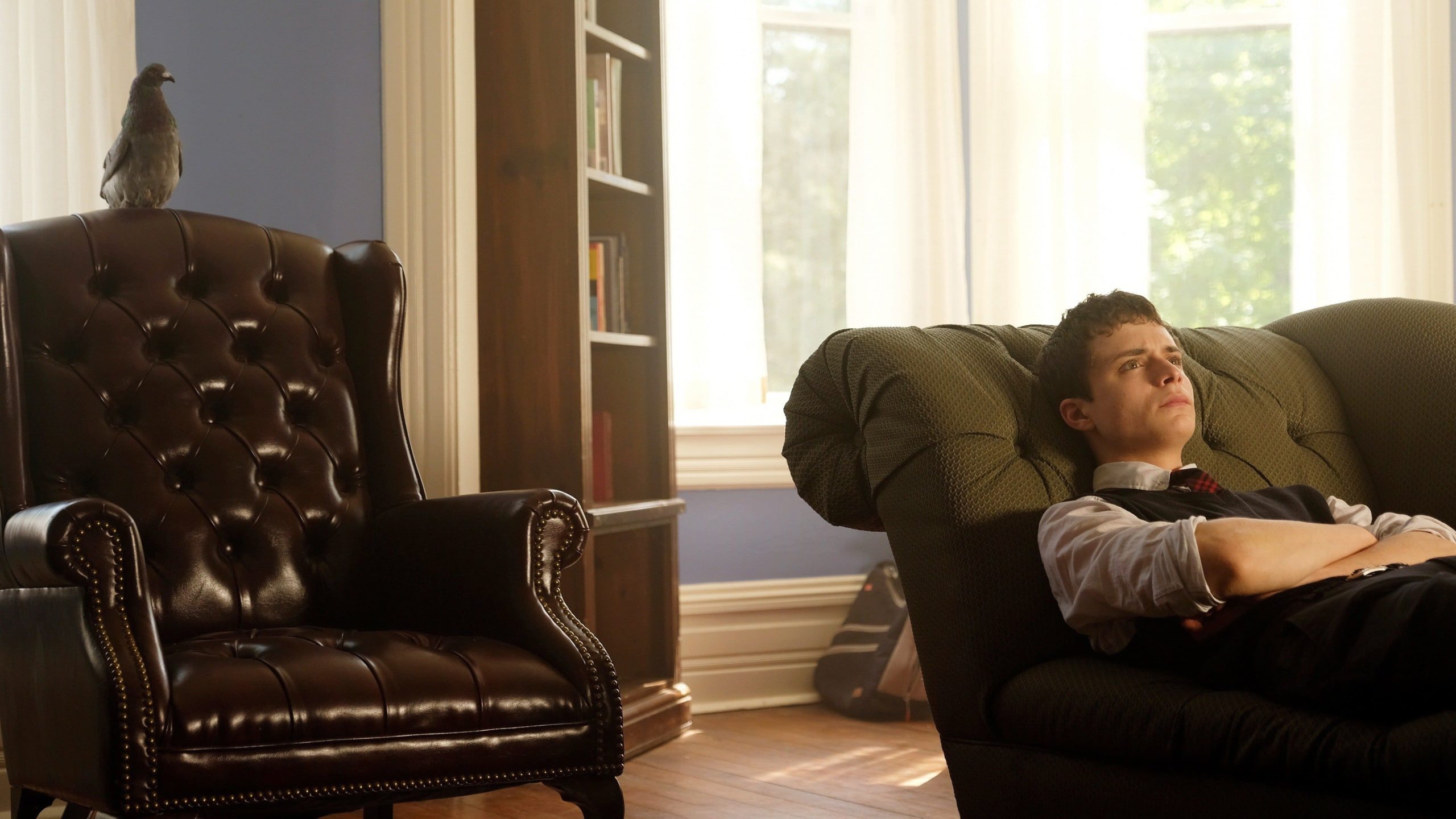 Dr Bird’s Advice for Sad Poets starts off in voiceover. “My father, The Brute, said reading Walt Whitman is a waste of time, despite sharing the same name,” says James Whitman (our teenage sad poet, played by Lucas Jade Zumann) lying on his back in a sulk on his lonely bed. He glances over at a poster on his wall of the bearded Walt. And Walt, adjusting his pose, replies mellifluously with lines from his poem All Is Truth – “And henceforth I will go celebrate anything I see or am, And sing and laugh, and deny nothing.”

It’s not only a manifesto declaration for the teenage James but an instant way of shaking off about two thirds of any potential audience for this film. The less poetry-minded have run a mile, as have those allergic to quirky stories about dweeby earnest kids recounting their coming-of-age woes.

Even more will peel off when it becomes clear that the Dr Bird of the title is a pigeon, and that James’s interactions with his “shrink” are all in his head. His father, The Brute, cannot or will not stump up the money to have James’s mental problems seen to. Whether James is or isn’t in real need of the help is another matter altogether.

Tickboxes ready? You’re going to need them, because this really is a throwback to a time when people like Jon Heder and Michael Cera were first making their name. James is a misunderstood geeky genius kind of guy. He delivers his woes to the audience in a confessional voiceover designed to get us all onside. He’s got the weirdly sexualised friend, in this case the funny Kwame (Odiseas Giorgiadis) – not weird that he’s overly sexualised, he’s a teenage male after all, but weird that Kwame is hanging out with this virgin, which James of course is. See McLovin in Superbad. James also has a vivid imagination and his fantasies often play out on screen. He has a thing for an unattainable babe, Sophie (Taylor Russell). The screen has “graphic designer” moments. The soundtrack comes at us from leftfield. The metaphysical intervention (the pigeon shrink). Clincher: James wears a bow tie.

So there are all the reasons not to bother – familiarity. Why you should is because the performances are so good, as if everyone involved has realised there is a barrier to get over and has set about upping their game. This starts with Zumann as the inept James, a warm and inviting performance, or as much as he can manage of one given that James is meant to be almost impossibly withdrawn. James’s parents are played by Jason Isaacs at his most brutish, and Lisa Edelstein as the permanently disappointed mother Elly. None of it would work at all without Taylor Russell as Sophie, a spectacularly attractive presence with a smile that makes James’s infatuation seem like an obvious choice. Russell is playing 16 but in real life was about 26 when this was made. That she gets away with it is remarkable – I had to check three times – but she does. On this showing it’s no surprise that she’s following this up with a film by Luca Guadagnino and boy/man-of-the-moment Timothée Chalamet. On the fringes of James’s world, Giorgiadis as the horny Kwame could easily soak up more screen time than he gets, and David Arquette gives good David Arquette in a weird extended cameo as the leader of a sex cult who might know where James’s missing sister Jorie is.

This subplot about James’s disappeared sister simply doesn’t work, nor does the stuff about James’s mental health. How serious is this stuff meant to be? Why, though it was a cornerstone of Evan Roskos’s original novel, does it feel as if it’s bolted on to the main plot? And, for all Taylor Russell’s spectacular interpretation of her, Sophie is such a template Manic Pixie Dream Girl that writer Evan Roskos and co-writer/director Yaniv Raz’s screenplay takes time out to address the issue. “I’m not some quirky character who exists just to give you an epiphany,” says Sophie, in a nutshell defining the MPDG.

MovieSteve’s Advice for Would-Be Viewers? Give it a go if you’re in the mood for something you’ve already seen before, done as if you haven’t seen it before.